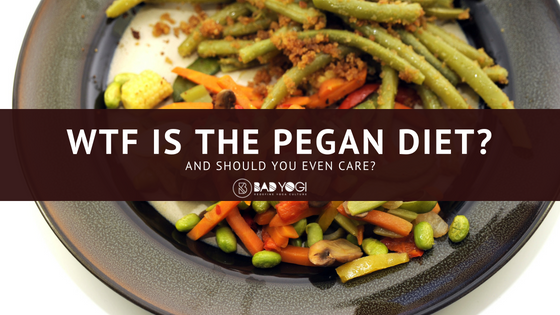 WTF is The Pegan Diet (and Should You Even Care)?

I’m fifty, vegan, and an ex-smoker. Three things you do not want to admit to at a cocktail party. Apparently people don’t want to make small talk with an annoying ‘I’ve seen the light’ hippie when they’re tossing back fried shrimp.

I get it. What other people do (or don’t do) is none of my business. Besides, my twenties are a blur of hamburgers and cigarettes, so who am I to judge?

Food doesn’t have to be so complicated

I’m super Zen these days. Unless the subject of diet comes up, then my knickers get in a knot pretty fast. I just don’t get why people have to make food so complicated.

Inhabitants of the world’s Blue Zones routinely live to a healthy 100-years-old and essentially all they’re doing is following Michael Pollan’s advice: Eat food, mostly plants, not too much.

(They also indulge in wine at five, a daily ritual I’m rather partial to myself.)

So Many Diets, So Much Confusion

Nowadays, there are more diets and eating plans than you can shake a stick at. From Keto and Paleo to the Atkins, South Beach and Mediterranean diets, it’s little wonder people are confused.

And now, thanks to Dr. Mark Hyman —author of Food: What the Heck Should I Eat?— we have another one vying for our attention.

An amalgamation of two popular but diametrically opposed lifestyles, vegan and Paleo, the Pegan Diet claims to offer the best of both worlds.

What Does the Pegan Diet Entail?

According to Caroline Cederquist MD, author of The MD Factor, the Pegan Diet is “…better balanced in regards to macronutrients, and easier to follow than a strictly paleo or vegan diet.”

Cooking Light does a great job of outlining what you should eat on a Pegan Diet, so if you’re after the full pegan enchilada (is there even such a thing?), she’s got you covered.

For the mildly curious, this is the Cliff Notes version of what the Pegan Diet entails:

I’m crying in my vegan soup at the thought of life without my morning blueberry, oats and banana smoothie. Not to mention my fave red beans and rice or any of the other meals that feature so heavily on my daily menu.

Vegan to Paleo is a Step in the Wrong Direction

From a Paleo perspective I get the arranged marriage. You want in on the grains you’re prohibited from eating. But from my purely plant-based point of view, shifting from vegan to paleo is a step in the wrong direction.

If you’re struggling to stay healthy on a vegan diet, the answer isn’t to eat animal products again. If you want to eat meat, eggs and dairy, that’s a different story. But don’t be fooled into thinking it’s your only option.

Like with any eating plan, if your health isn’t optimal you need to figure out where you’re going wrong. Only then can you take the necessary steps to fix things.

It could be as simple as cutting back on the take-out and spending more time in the kitchen preparing wholesome meals from scratch. Or, maybe a vegan nutritional test is what’s required to find out what —if any— deficiencies you may have.

This option has the added bonus of shutting up the naysayers who insist eating kale is what made you sick. Provided, of course, your results are positive. Which they will be, if you eat your kale.

Should You Even Care About the Pegan Diet?

I’m not denying that the Pegan Diet has health benefits. Most of its 13 pillars make sense. I am, however, suspicious of a diet that encourages one to cut right back on beans, whole grains and potatoes. Whaat!?

This guy ate nothing but potatoes for an entire year and not only did he not die from it, his weight, cholesterol, blood sugar and blood pressure all dropped.

If you’re eating the Standard American Diet (SAD), adopting a Pegan lifestyle would absolutely be an improvement. But ultimately, eating well is about common sense.

Ditch the processed junk. Focus on your fiber intake. Make sure you get some protein. Eat lots and lots of fresh produce. Make your evening meal your smallest one and don’t eat just before bed. 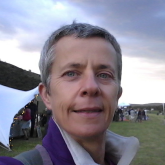 Angela Horn is one of two urban hippies behind Mostly Mindful: a not-so-hardcore blog about buying less, doing more, and living sustainably in the city. Watch her TEDx talk on minimalism and join her on her mission to declutter the world.