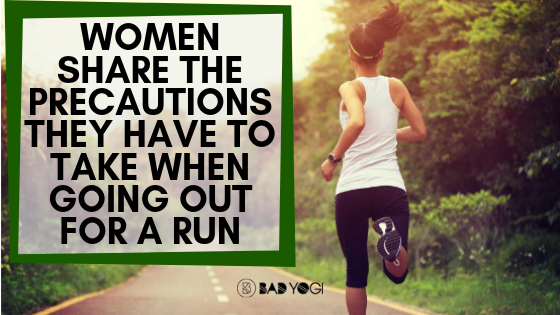 There’s nothing better than going for a brisk walk or a nice run after a long day of work, but it turns out that just going out the door for a quick jog isn’t as simple for most women – they need to think ahead of what they’ll have to do to protect themselves while they’re out there.

Keeping safe when going for a run

Amanda Deibert, who is a writer for TV and comic books, shared her thoughts on the precautions some women have to take when they go out for a run on Twitter. The post went viral after women all over the world shared what they do to protect themselves when going for a jog.

One of my mom groups has a thread that is just women listing and recommending which kind of protection they take when them when they go out running (Ie. pepper spray, alarm necklaces, whistles, etc) in case you wondered what being a woman is like

Women constantly have to make plans to protect themselves

Deibert told BuzzFeed that the tweet going viral actually made her sad, but admitted that it made her think back to when she was still an avid runner. She also used to think about all the things she could potentially do to protect herself when she went out for a run. The response the tweet received made her realize anew that most women need to consider a whole bunch of things regarding their safety every time they’re out and about. 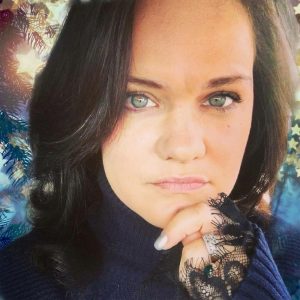 Amanda Deibert’s tweet went viral with more than a 1,000 responses from women who shared what they do to keep safe when they go for a run.
Image: Getty Images

Deibert recalled how she used to plan her runs – staying in well-lit areas when dark, walking with her keys between her knuckles, pretending to be talking on the phone, or taking some of her friends with her. Now, her tweet has more than 1,000 responses from women who shared what they do to keep safe when going for a run.

Other women shared their strategies

Some of the responses featured weapons women, or their good friends, had engineered themselves, like vests modified to carry a knife – super cool, right? One woman even shared a story of having seen a lady in her neighborhood carrying a hammer while running. Talk about badass.

Theres a lady that I see running down my neighborhood every morning. She carries a hammer. I dont think anyone fucks with her.

Others shared some of the nifty gadgets they invested in.

my dad got me a panic alarm that is supposed to stun attackers and also has a flashlight on it pic.twitter.com/Y8I5aCxFz6

I usually jog with this tucked in the hidden pocket of my running shorts, it has a nice clip I also keep it on me at my job cuz we’re an all female store and usually we close alone. pic.twitter.com/ARlhvCqV0t

Then there are the women who have awesome kids who like to dress up and accompany them. One man shared a picture of his youngest who dresses up like a ninja and carries a 7 iron to accompany his wife on her runs. They take the dog with them too. Well, that’s one way of putting some fun into safety.

My wife has started running again in the evenings. Atm, our youngest insists on going with her, dressed up as a ninja and carrying a 7 iron (don’t ask!), as well as taking the dog.
She feels pretty safe.
Recent photo when she stopped for a drink. pic.twitter.com/LOUy8sYjiw

Others, of course, have their trusty dogs to accompany them on their runs. There’s nothing like a nice jog with man’s best friend. One user even shared their dog’s name – Rhaegar Targaryen. We wouldn’t mess with him.

My 105lb bodyguard, Rhaegar Targaryen Dogo Argentino no one messes with me pic.twitter.com/RMumNMR7DT

I think a lot about how someone could physically pick me up off the street and kidnap me, but most people cross the street once they see River. pic.twitter.com/Q4grnYaudp

It’s important to talk about these things

Deibert hadn’t expected the tweet to get as many responses as it did and says that she has mixed feelings about it, but added that it’s always a good thing to talk about these hard realities.

“It makes me sad that it is so common for us as women to feel the need to take extra safety measures, but ultimately I feel like discussing it is a good thing.”

Even some men realized how different things are for women

The tweet even led some men to start thinking about things differently, with many saying that they’ve never actually realized that women had to take so many precautions when going out on something as simple as a run. One man responded that it made him sad to realize women couldn’t just go out on a carefree run as men do.

Despite the fact that it is indeed sad that women need to take so many precautions just to feel safe out on the streets, Deibert says that the tweet definitely raised some awareness, which, in the end, is a good thing.

It is indeed sad that women can’t just feel safe when they’re going out for something as simple as a run, but at least we can help each other out with plans and ideas on how to keep safe.

Over to you: what kind of precautions do you take when going out for a run?