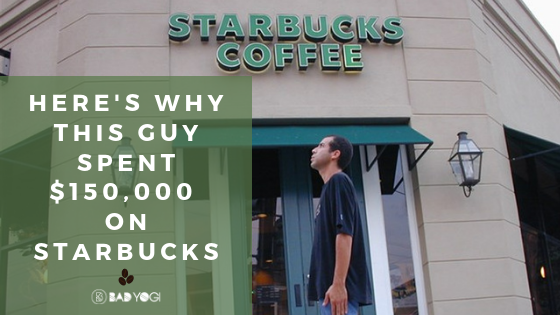 Would you spend $150,000 on Starbucks? Your immediate answer is probably no, but there’s a 47-year-old man fro Houston, Texas, who made it his life’s mission to visit every Starbucks store in the world and enjoy a cup of coffee while he’s there.

According to Today, Rafael Antonio Lozano Jr., who is known as Winter, has visited 15,000 Starbucks stores to date – and he’s not planning on giving up this hobby anytime soon. Starbucks has more than 30,000 stores around the world, which means that Winter is almost halfway to his goal. He hit this milestone last week Wednesday, visiting his 15,000th store in Lima, Peru. This was the first Starbucks store to open in South America back in 2003. Now the continent has over 1,000 stores. Starbucks sure is growing at a rapid pace, and we’re not surprised. Who doesn’t love a good cup of coffee?

A love for traveling and coffee

Winter seems to love coffee more than anyone – his record amount of cups in a day are 29. Yeah, if you were feeling bad about your caffeine habits, you can comfort yourself with the thought that there’s someone out there whose habits are worse than yours. You can expect nothing less from someone who’s made it his goal to visit every Starbucks store in the world. 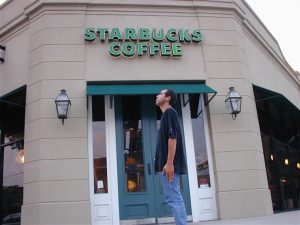 One would expect Winter to have some exotic taste since he’s been exposed to so many different coffees around the world, but he’s actually a pretty simple guy. His favorite Starbucks coffee is the regular drip coffee Verona blend.

Having seen the inside of thousands of Starbucks stores all over the world, Winter has seen some pretty cool architecture. He says that so far, his favorite store is the Dazaifu Tenmangu Sando location in Fukuoka, Japan. “The architecture is amazing. The wooden beams go all the way back. It is singularly unique,” Winter says. 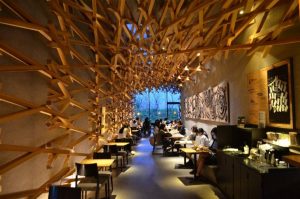 His next pick after this one? It’s the Starbucks in Paris, France. He says that it’s “the most beautifully ornate store in the entire world.” The Starbucks in question has chandeliers, stone columns, and an ornate ceiling. According to Winter, it’s like walking into a castle.

We’re kinda jealous that Winter’s seen the inside of so many cool Starbucks stores. He has visisted 12,000 stores in the US and Canada and 3,000 more in 55 countries across the globe. His one friend actually coined the term “Starbucking” to describe Winter’s crazy hobby. Winter also shares his Starbucks adventures on StarbuckEverywhere.net and has inspired many others to do the same, although none of them have taken it as far as he has. Winter even created a documentary titled “Starbucking” to show the world what his hobby entails and it’s available to watch on Amazon and eBay.

How does he do it?

You’re probably wondering how the heck Winter can afford to travel the world and still buy Starbucks coffee at every single store. Well, as it turns out, he’s in the lucky position to be a freelance computer engineer. His job requires that he travel quite often, so he’s basically doing his job while casually hanging out at different Starbucks stores across the world. We can’t imagine a better life, to be honest. Winter admits that he wouldn’t have been able to make his hobby a reality if it hadn’t been for his line of work: “It’s been instrumental in allowing me to afford Starbucking to the extent I’ve pursued it over the past year.” He does admit that he lives out of his car to save money on accommodation in order to help fund his travels. Honestly, his dedication to traveling and coffee is admirable. 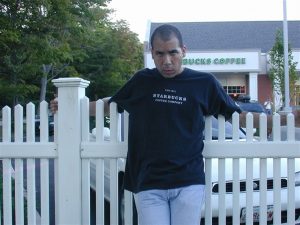 Winter hopes to continue this hobby into his 70s.
Image: Winter, Starbuckseverywhere.net

Where did it all start?

Winter started this hobby way back in 1997. He used to spend a lot of time at the Starbucks in Texas and his collector’s mentality just kicked in, so he ended up visiting more and more stores. As Starbucks continued to grow, Winter found himself wanting to venture farther away from home and this hobby led him to travel the world, which is a big perk.

MY FIRST STARBUCKS IN PERU, MY 55TH STARBUCKING COUNTRY!!!

If you think Winter’s going to disappear quietly after visiting every store, you’re wrong. He says that he’s not planning on stopping his “Starbucking” anytime soon. For him, it’s a lifetime project and he hopes to be doing it into his 70s.

If there’s one thing Winter has, it’s determination and curiosity. Taking on a hobby like this one must take some guts. We’re pretty sure that some people have thought him to be crazy, but he doesn’t really seem bothered. It makes sense that he doesn’t want to quit this hobby anytime soon. With all that caffeine running through his veins, we doubt he’s ever tired of anything.

Would you embark on a journey like this one? Tell us in the comments.