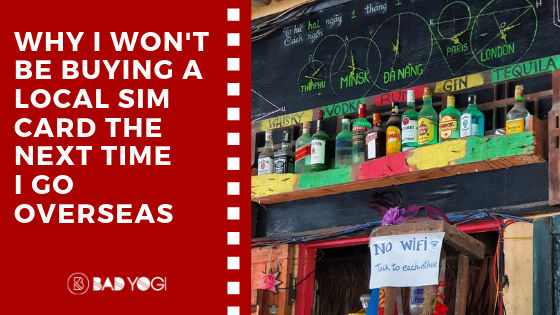 Travel used to be first and foremost about discovery; the romantic leap into the unknown to bewilder, educate, and meet beautiful new cultures. As public transport became more advanced and affordable, and the world became figuratively smaller, people stopped travelling and started holiday-ing. Journeying to a far off land in a different time zone became about decompressing and rewarding yourself for hard work. The original and true reason for overseas travel began to waiver. Explorers aren’t dying out because there is nothing left of the world to discover. Nor has the world lost its appetite for romance; exploring and adventure has just evolved (or in some peoples eyes, devolved) into the more recognizable holiday in the sun. And I know, that’s a little cynical, there are plenty of people out there pushing the limits of human endeavor. Breaking new records and summiting clean peaks. For most, going overseas for anything other than work is probably going to involve a trashy book and a spot by the pool.

The demise of connection

The latest (and potentially final) nail in the coffin of global adventure is the smart phone. Now we are operational world wide. Due to the ease with which one can pick up a local sim card before even walking out of the airport. For the price of a beer you can load your phone with 4G connectivity. For a few more you can enjoy data (and all of the technological conveniences that brings) for the rest of your trip. This applies just about everywhere now. Whether you’re hopping off the train in Europe or stepping off a boat into a village in Madagascar (and I’m not kidding there). In fact the hardest and most expensive place to get a local SIM card now is probably the good old USA.

At this juncture overseas travel branches off in two very different directions. One way leads to the pool, a noble enough reason to fly and one of the largest industries in the world. The other route requires the individual to be comfortable in a semi permanent state of sweating and near constant uncertainty. If you tend to meander down the second route and indeed prefer to carry your luggage around on your back instead of on wheels then I’m here to suggest a modification to the way that you manage your overseas experience. I would like to usher you in the direction of technological regression and a rediscovery of discovery.

Is the convenience of your phone and all the delicious distractions it brings really worth having in your special time off? If yes, I would recommend steering clear of the airport, staying at home, switching off your work emails, and binging Netflix. That sounds awful (maybe it doesn’t?) but it will achieve the same cognitive repose for a fraction of the cost, and avoid those lengthy spells queuing at immigration which, lets face it, no one loves. If you feel capable of pulling your gaze away from your phone for one week of the year then please do read on (yes, I appreciate the sumptuous irony that statistically speaking you are most likely reading this on your phone).

A time, not so long ago

Ten years ago we had a slightly less smart smart phone, but for some lucky travellers you could still connect up through WiFi in the hotel or hostel you stayed in. Organised individuals could use this to plan where they would go, how to adopt local customs and what to avoid. But, when they left the safety of their hotel, that bubble of connectivity was left behind and the casual traveller found themselves adrift in a sea of uncertainty. Sanskrit and Cyrillic signs perplexed and new roads and paths threw even the best laid plans into an unpredictable quagmire. All was not lost however, this was considered the norm of the day and apprehension bred ingenuity. People boldly went where they had not gone before. Friendly locals were approached giving insight that an already out of date blog post written the previous year by a westerner could not. These days if we are unsure of our surroundings hands naturally gravitate to pockets or handbags to feel the security that holding the World Wide Web on your person brings, and brows begin to perspire if battery levels drop below 20 percent.

We have become so obsessed with rating locations on a five-star system that the solo traveller can now decide to avoid somewhere purely because someone they have never met didn’t like the lack of a gift shop and was given the platform to air that grievance online. Independence is considered such an important attribute in modern society and everyone is so determined to prove that they can manage on their own that we close ourselves off to new connections and relationships, forgetting all along that travel and true discovery requires the individual to reach out and embrace aid. Think about the last time you got lost, and I mean really lost (reverting to google maps to choose between the three best routes to your final destination does not count). This doesn’t happen at home and that’s fine, but whilst moving around overseas this used to be commonplace and people had to actually interact with other individuals. Every turn revealed something new and unexpected, some spontaneous marvel that was the real reason for leaving the safety of the hotel room, and when it was all finished you could sit back and relish in the natural sense of accomplishment – and the true meaning of independence.

Signing up for a full-blown digital detox is now becoming trendy amongst big earners and Hollywood A-listers. Some travel companies dedicated to this even offer silent packages where all phones are collected at the door and no one is able to communicate verbally for days on end. This then should be considered one extreme of the tech travel regression spectrum, but that’s not what I am proposing here either. I’m all about all things in moderation and would suggest that if there is a far left and right then there must be a sensible middle ground. I still travel with a phone, obviously, it’s pretty reckless to encourage you to do otherwise and in its primary role as a means of making and receiving calls I would go so far as to call it an essential piece of safety kit (particularly when travelling alone). My considered opinion however is that the best phone of the modern age isn’t necessarily the best phone of the traveller’s kit list.

Walking around a less developed country with your top of the range smart phone proudly held up in front of you will likely turn a few heads. Now add alcohol and switch to night and you are throwing caution (and your new mobile phone) to the wind. Keep it simple, remember the Nokia 3210? You can still buy them on an impoverished student’s budget. The battery lasts over a week and if someone does try mugging you the phone doubles up as a lethal projectile causing damage roughly equal to that of a large house brick.

Convenience is convenient. but if you aren’t looking for the safe (and more mundane) prone position by the pool, and you want to reclaim some of the romance of the spontaneous intrepid traveler, then don’t pack like you’re commuting to work. Keep in touch with your family with the occasional phone call. You could also try sending them a message over Wi-Fi from the hostel. They want to know you’re safe and that’s important. But you don’t need the full capacity of a pocket-sized super computer with you all day long. If lunch was really that beautiful then please do take a photo. Rather than spending the next twenty minutes sat at the table finding the perfect filter and the appropriate hashtags why not ask the waiter or the chef what they did to make it so wonderful. Find out where the ingredients came from and if you can make it at home, or better yet just enjoy the setting and soak up that foreign culture – social media will still be there when you get to your accommodation in the evening. These are the connections that lend color to your experiences, and develop you as a person. So, give them their due diligence and be present in the moment. Because before you know it you’ll be walking through the arrivals hall thinking about the return to work. 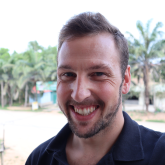