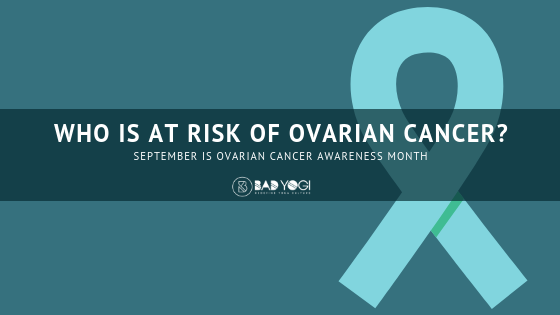 Who is at Risk of Ovarian Cancer?

Cancer, in general, can be alarming. With a classification as the fifth largest in gynecological deaths in women, ovarian cancer is not only alarming, but has also been labeled as the “silent killer.” September is Ovarian Cancer Awareness Month. Let’s shed some light on the symptoms and risk factors of this particular cancer. 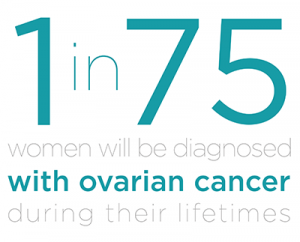 What is Ovarian Cancer?

Ovarian cancer is a disease in which malignant tumors develop in the ovaries and spread to the abdomen and pelvis. It is called the “silent killer” because the early symptoms are often mistaken for less serious conditions, as they are very non-specific, unalarming symptoms. If the cancer is caught in the early stages, before symptoms present themselves, treatment is often more successful and less strenuous. If diagnosed later, when symptoms are presenting themselves, it’s often increasingly more difficult to treat. The survival rate, at this point, can drop to as low as 17%.

What are the Symptoms of Ovarian Cancer?

Because the symptoms of ovarian cancer present themselves in later stages, it’s important to be aware of what they are so that treatment can be more successful. The symptoms may be similar to those of common health problems such as an ovarian cyst, or can even mimic signs of an aging woman. Be aware of the symptoms and talk to your doctor if you are experiencing these symptoms to see if you’re at risk of developing ovarian cancer.

Who is at Risk?

Some of the risks of developing ovarian cancer are lifestyle choices, while some are just because of genetic makeup.

You are at an increased risk of developing ovarian cancer if you: 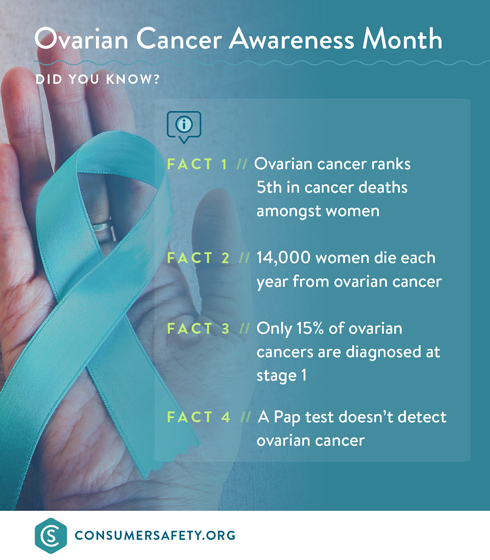 If you believe that you are at risk of developing ovarian cancer, talk to your physician as soon as possible. Catching the cancer in its earliest stages is when treatment is most successful and the survival rate is the highest.

Darian enjoys researching the latest consumer health and safety topics and has a passion for helping others achieve their wellness goals. In her spare time, she likes to read, listen to music, and drink coffee.