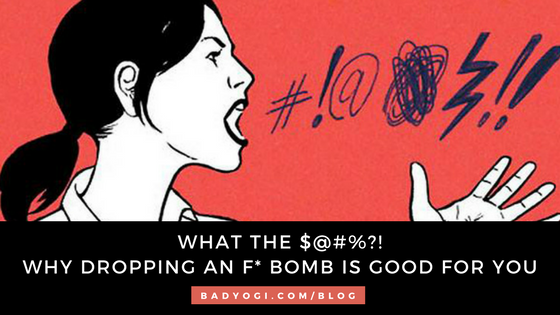 So here’s the deal, I have to be transparent and start this by saying, when my kids were young I didn’t swear. Not in front of them or without them. I felt that swearing wasn’t “ladylike” and it meant I lacked intelligence because clearly, if I was intelligent, I could find a more appropriate and educated way to get my point across (so wrong!).

But let me tell you, being a stay-at-home mom of two kids 17 months apart, no car, and financially strapped…I had a lot of pent up frustration and stress. I know now that dropping beautifully articulated random F bombs sure would’ve helped relieve some of that stress! My kids turned 20 and 18 this year and suddenly I find myself dropping a few of these every now and then! I don’t know what happened.  Something clicked in me, my language filter has come off and I not only swear, but I drop occasional much needed F bombs.

And you know what?

It just feels right! I literally feel a weight lift and almost giggly after. It’s like that feeling you get when you’re struggling to achieve something and you finally do and you get a flood of release and feel good feels after. That’s it! That’s how I feel after I let myself say a few choice words, which had me thinking…why…why does it feel so good to say a swear word? So, I started looking into it. It’s good for me and for you!

On a biological, physiological, mental, and emotional level, it’s good for us!

Let me address one misconception first. Swearing has nothing to do with intelligence or socioeconomic status. Actually, swearing is a defining characteristic of Type A personalities and Type A folks are the go-getters and achievers in the world. Richard Stephens, the author of Black Sheep: The Hidden Benefits Of Being Bad, found in his research that, in general, the lower middle class actually swears significantly less than the upper middle class. And interestingly enough, he found the higher the economic status, the freer they are with their profanity.

Other studies on the subject reveal that swearing is not a reflection of educational status. Don’t get me wrong. I’m not saying you should start dropping F*bombs or swearing every other sentence. As you’ll find later in this article, quite the opposite is true. But I am saying, let go of any inherited judgements of swearing, don’t feel like you’re not a ‘lady’ if you swear, stop believing real yogis don’t swear, or you’ll ruin your children if they occasionally here you drop an F* bomb.  We’re not perfect and that’s ok!  I think that’s a fabulous belief to model.  Now let’s get into the ‘why’ it’s good for you.

“Research in 2014 revealed people who frequently swear are more likely to have a bigger vocabulary than their clean-tongued peers.”

What does this mean? It means the brain, and body, perceive swearing differently than normal language. When we swear (or hear swearing) the amygdala, an integral part of flight or flight, is activated. When this center of the brain is triggered our body, among many functions, releases analgesic hormones allowing you to tolerate pain. This isn’t only useful when you stub your toe or crack your funny bone.  It’s also a physical and emotional/mental pain release. There are times when I’m so frustrated and in the midst of a rant I drop an F bomb. I intrinsically feel a physical and emotional release. It’s like a huge exhale!

Use Its Power Wisely

Here’s the caveat: choose wisely. Scientists found, like with many things, the effectiveness of the release you feel when blurting out an F* bomb diminishes the more you use it. Although you may be genuinely stressed out enough to warrant its use on the regular, try to use your carefully placed F* bomb for special occasions.  Save it for when you’re really pissed off or in a ton of pain. That way it stays a powerful tool in your arsenal to use for reducing stress.

Other Things To Consider

There are a couple points I’d like to make about the power of swearing.

So the next time you feel need to shout out an F* bomb, do it!  It truly is good for you!

How about y’all? Do you love to drop a “bad” word every now and then? Share with us below! 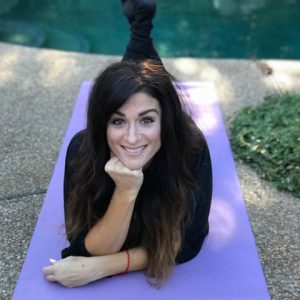 Joy is a Yoga Alliance Registered Yoga Instructor, Certified Personal Trainer, Reiki Master, with a formal education in nutrition and dietetics. This eclectic background lends to her unique style and expression of teaching. For nearly a decade, Joy has worked with countless clients who seek healing. Whether their healing journey begins due to a physical injury, emotional trauma, or a stressful life, when working with Joy, every aspect of Being is addressed and transformed. As she calls it “healing alchemy” and defines it by “the process of taking our pain and transforming it into power & gratitude”. But don’t take our word for it. ​Check out the ‘Gratitude’ page to see what clients are saying about her! www.joyarnold.com