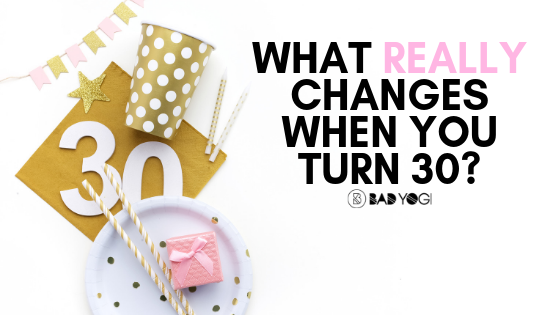 What Really Changes When You Turn 30?

Turning 30 can be a very scary prospect in your 20s. As 30 appeared on the horizon, I went from not caring at all about it to a panicked cliché I really thought I was going to avoid. That fear was backed up by the fact I was single, renting and not in my dream job (or even sure what that was). As the big day grew closer, I had to accept that I couldn’t reinvent my life overnight, but it’s been fascinating noticing what’s happened since.

I’m now six months into my 4th decade, so here’s what really changed when I turned 30.

A week after my 30th birthday, I went to Australia for 2.5 weeks. When I got back I had a nice tan, so didn’t feel the need to wear as much makeup. I was determined to keep up the more natural look as the tan faded. I’m not sure if this means I feel more comfortable without makeup, or have I just completely given up trying? Either way, getting ready in the morning is a lot quicker!

2. I Started Investing in Long-Term Self-Care 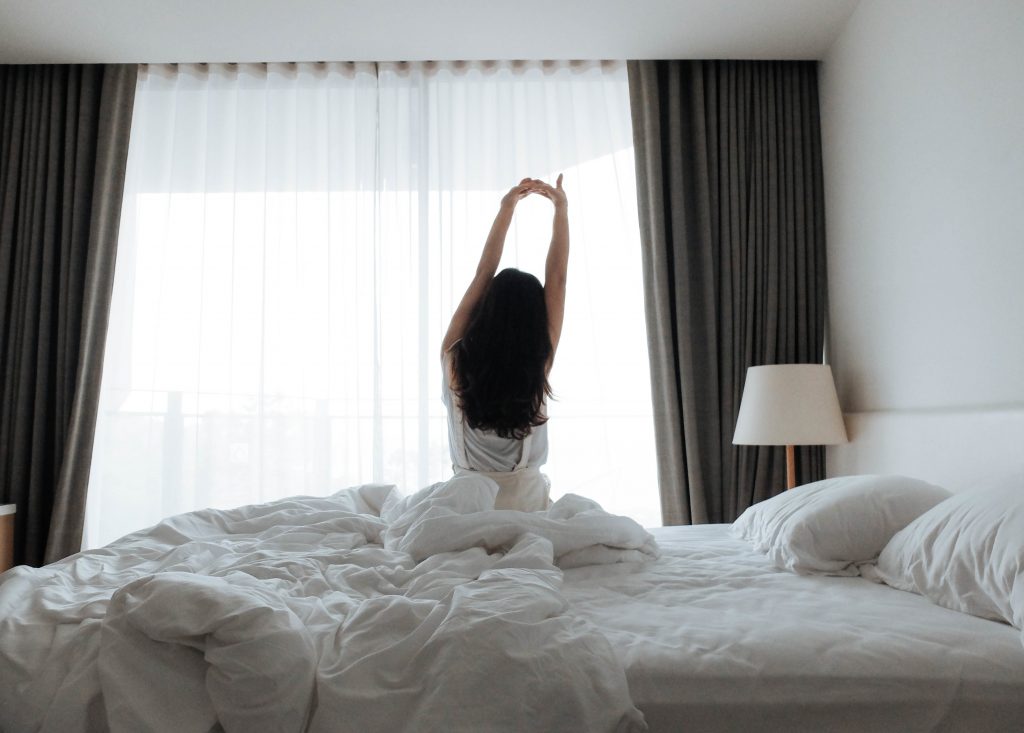 Last year I moved into an unfurnished rental house and had to buy a mattress for the first time. I didn’t do enough research (read: I did none), and just assumed a firm mattress was the best choice. Unfortunately, as a side sleeper this put a lot of pressure on my shoulders and hips. It didn’t take me long to start waking up unbearably sore and stiff. I persevered for a while, but finally gave in and donated the mattress to charity. Why was I punishing myself? Rather than buy another Ikea mattress, I forked out on a hybrid bed-in-a-box. It’s pretty invaluable to go from morning back pain at 29 to barely thinking about it in your 30s, and not the other way around! My next investment is laser hair removal. I can’t wait to ditch razor burn and ingrown hairs for good!

3. I Stopped Taking the Contraceptive Pill 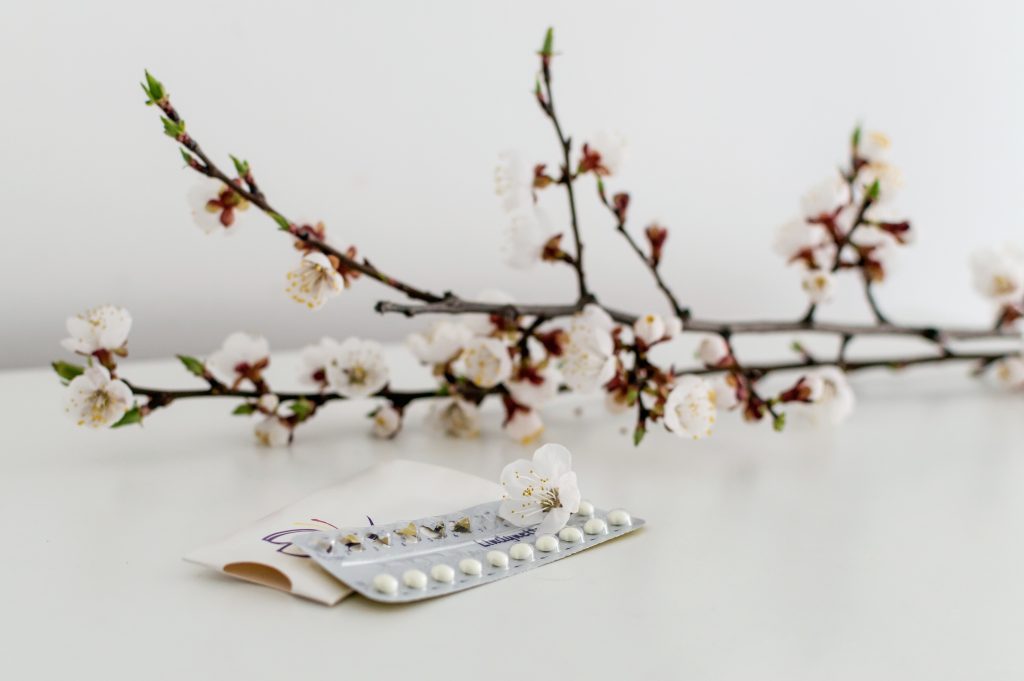 I’m off hormonal birth control! I was honestly on the pill more out of laziness than a real need for contraception. I had a grand total of about two periods in my twenties thanks to the progesterone-only ‘mini’ pill. This was the main benefit for me; I definitely didn’t miss them! But I realised it could do me a lot of good to get the artificial hormones out of system and have my body ready for when I meet someone and want to start makin’ babies. I didn’t expect to feel so connected to my period when it started again, and so intangibly ‘womanly’ as a result. I feel like a teenager again, getting used to my flow and noticing symptoms, but this time with so many tracking apps to help out! The next frontier: menstrual cups. Wish me luck!

4. I Quit My Job to Join a Startup 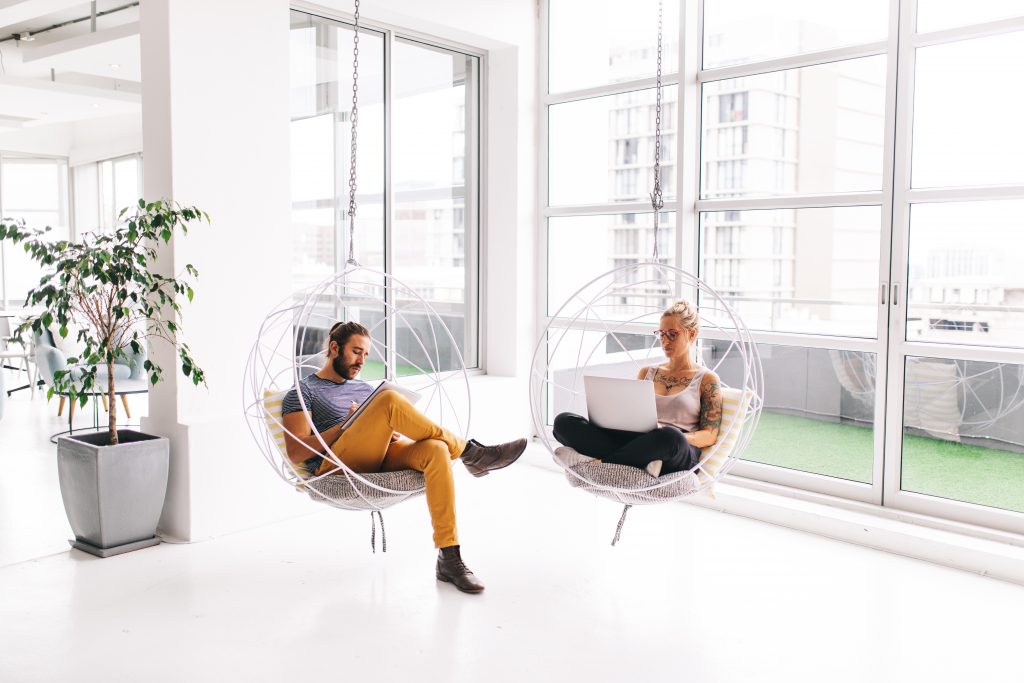 If it hadn’t been for the therapy I had in my twenties and the work I’ve done on putting myself first, I never would have been able to quit a new job on my ninth day. I would have (and did) stay in a job because it was easier than leaving. The prospect of disappointing someone or pissing them off was scarier to me than wasting years of my life pursuing a career I didn’t want.

A few months ago I finally had the clarity to see that I either had to upset my new employer or my prospective employer, so what was the use if I wasn’t happy either? I couldn’t sleep from the anxiety the night before quitting, but I told myself repeatedly: this is just one bad day. Short term pain, long term gain. It’s coming up to 5 months since I took the risk to join a company in its infancy, and I haven’t looked back. 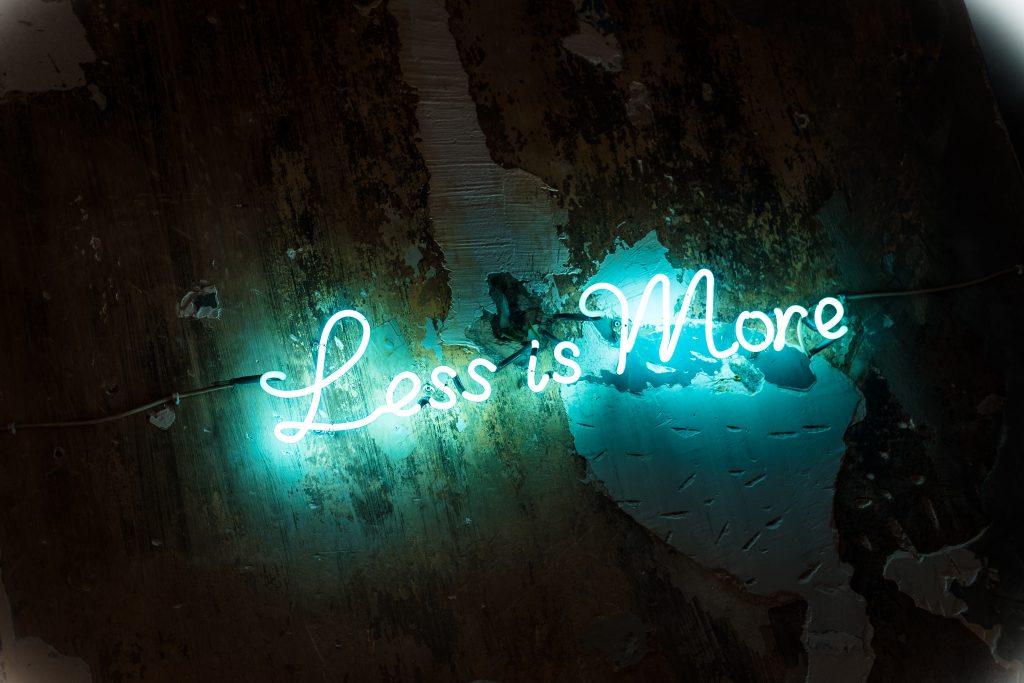 Any weekend I have free I’m almost compulsively recycling things and putting stuff on eBay. I started doing this a few years ago, but I became increasingly preoccupied with clearing clutter after I turned 30. I put this down to the cathartic feeling of purging stuff ‘from my twenties’. Would a 30-year-old woman wear a dress that’s ever so slightly too short just because she feels bad about spending £10 on it 3 years ago? Sadly yes, sometimes, but she’s really trying not to anymore… 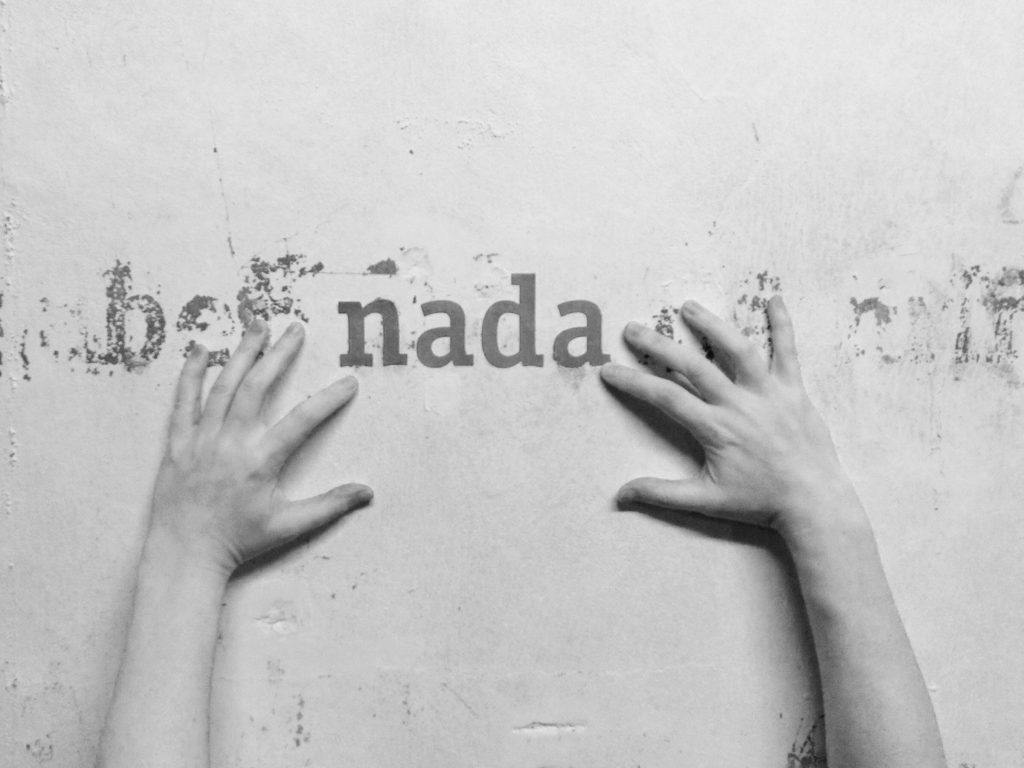 Here’s the twist everyone saw coming! Very few of these changes happened purely because turned 30. I still cringe a little when I say “I’m thirty”, but frankly it means nothing. I still eat McDonald’s, I can still NEVER get out of bed in the morning, and I still sometimes (!) drink too much and regret it the next day.

People say once you turn 30 you stop caring about the little things because this huge adult milestone is finally out of the way. There’s definitely a placebo effect here. Everyone telling me I wouldn’t care made me feel like I shouldn’t. It became a self-fulfilling prophecy. Feeling like I have no excuses has compelled me to take care of myself and put more energy into ‘grown-up’ things. I’m not a broke student anymore, I’m not a lost 20-something anymore. I still freak out that I’ve wasted years being directionless, and still don’t know exactly what I want to do with my life. I’m still single. I’m not a homeowner. But as I continue to make small changes and re-evaluate where I put my energy, things are gradually starting to line up.

Ultimately, it’s up to you. Nothing has to change when you turn 30, but if you’re anything like me, you often need a push to make better choices. Entering a new decade did that for me, and I hope it gives you the motivation you need, too. 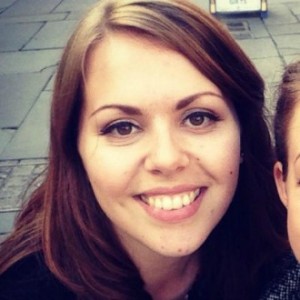 Joanna is a sleep-addicted Bad Yogi from London, England. She dreams of travelling the world, publishing a novel and meeting Beyoncé.