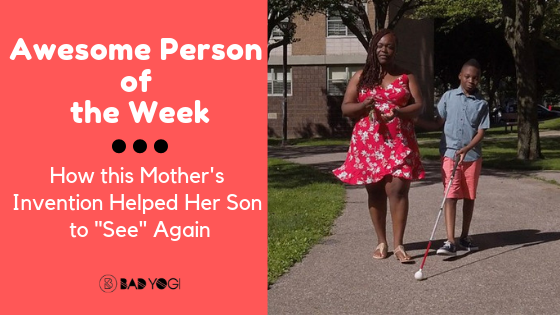 Awesome Person of the Week: How this Mother’s Invention Helped Her Son to “See” Again

A few years ago, Gracie Benedith-Cane didn’t have much knowledge about blind and visually impaired people, until her first-born son, Wani, came into the world. She could never have anticipated what he would teach her and how she would end up helping a lot of people.

According to Today, Benedith-Cane realized that something was not quite right with her son’s eyes when he was a mere two months old. She took him to the doctor and he was diagnosed with septo-optic nerve dysplasia. This is a rare congenital malformation syndrome that affects the optic nerve, pituitary gland and other parts of the body. This diagnosis basically meant that her son would never be able to see properly. The only sight he has is from the corners of his eyes. Benedith-Cane was devastated by the news, wondering what her son’s future would look like as someone who is visually impaired. 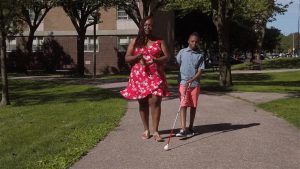 Benedith-Cane came up with a brilliant invention that has changed the life of her son and many others.
Image: Today

Trying to make life easier for her son

Like all mothers, Benedith-Cane only wanted the best for her son, so when she noticed how he struggled to dress properly because he couldn’t see, she came up with an invention that has changed many lives since. When you can’t see properly, it’s hard to know if you put your clothes on the right way around, and you have to take some time to figure out which shoe should go on which foot. Seeing all this first-hand, Benedith-Cane was in the position where she could get creative with solutions – and her idea is brilliant.

The invention is known as braille patches, and it solves all the clothing dilemmas visually impaired or blind people face on a daily basis. Her son Wani explains how the braille patches work as follows: “The patches, they’re adhesive and you could stick them to clothes. And it has directional cues such as back, left, and right. If the Braille’s on the inside that means it’s inside-out and if it’s on the outside, then it means it’s fine.” 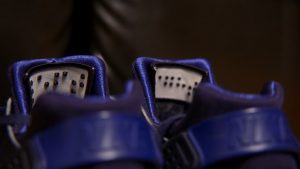 His mother’s braille patches help Wani to dress without any help.
Image: Today

Turning obstacles into something positive

It’s a brilliant invention – it’s simple, yet super effective. When Benedith-Cane realized how well it was working, she decided to expand the project to help others like her son. Now she has a company called Braille Code Inc. where she sells the patches to those who need it. For her, this is what she was meant to do with her life, and she couldn’t be happier about it. We bet it has helped a lot of people to become more independent. Benedith-Cane says that she would like the sighted world to be more helpful towards those like her son. “What I will tell the world is that I would love the sighted world to help – help us adapt. You know, come into our world and understand more what our life is like, you know?” 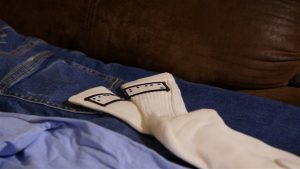 Benedith-Cane believes that creating these braille patches is her calling in life.
Image: Today

Being optimistic about the future

As for Wani, he is very optimistic about the future and isn’t planning on being discouraged by all the obstacles he’ll have to face, saying, “I want sighted people to know that blind and visually impaired people can do great things.” 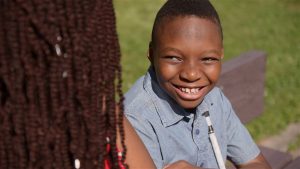 Wani’s mother found out that something was wrong with his eyes when he was two months old.
Image: Today

Create something beautiful out of adversity

We couldn’t agree more. Being blind or visually impaired doesn’t mean that you can’t achieve every goal you set for yourself. If anything, the very fact that they have this impairment is the reason these people are so motivated to achieve their goals and dreams. Benedith-Cane turned something unfortunate into an opportunity to help her son and others like him. We can all learn something from that – instead of being negative about your circumstances, try and see what you can do to make it better.