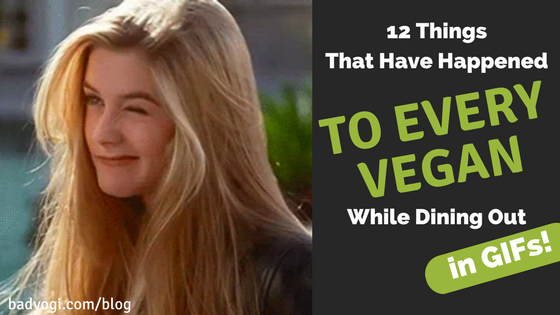 12 Things That Have Happened to Every Vegan While Dining Out (in GIFs!)

I’ve been vegan for about six years, so I’ve had my fair share of nasty comments and weird looks as I’m quietly eating my plants. I’ve also had my fair share of weird restaurant experiences (not quite as bad as this one, but pretty bad!), especially when I’m out with a large group or people and I don’t know them all well. I love being vegan as a way to be good to myself and the world and heal from years of poor nutrition and disordered eating, but restaurants still make me a bit anxious. Here are some restaurant experiences I’ve had over and over again, and I bet any other plant-based person can attest to!

When the vegan menu is like two things, so you barely have a decision to make.

“They totally have vegan food there!”

When there’s no vegan food but you always have snacks on you.

When someone at the table asks if you’re on a diet.

The server tells you about all the gluten-free items on the menu.

Waiting til its your turn to order.

Avoiding the word “vegan” so no one makes fun of you.

When other people try your food like it’s the bravest moment of their lives.

Watching someone else eat all of the only vegan dish when it’s family style.

Someone else at the table is vegan too!

Overwhelmed with choices at a vegan restaurant

Plant-based pals, have any of these happened to you? Any others you would add? Share with me in the comments! 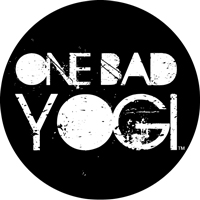