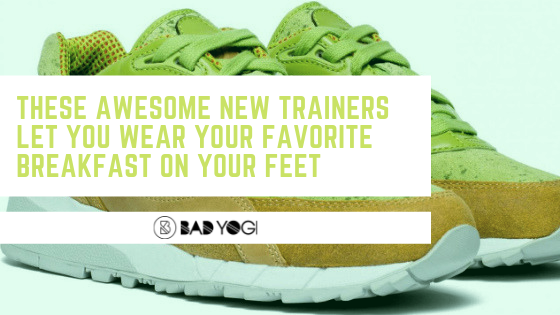 We all love new fitness gear – there’s no better motivation to get that workout in than having some brand new leggings we want to wear or some awesome new trainers we want to test out on our next run.

If you’ve been looking for something totally cool and a bit out of the ordinary to add to your fitness wardrobe, Saucony might have exactly what you want. The Independent reports that the famous manufacturer of athletic shoes has pulled out all the stops and designed a brand new shoe that is bound to catch the eye of everyone who passes you on your run.

Your favorite breakfast… now available to wear on your feet!

Get ready for… Saucomole! Yes, you can now wear your breakfast on your feet with the brand new “Avocado Toast” trainers. This is not an early April Fool’s joke – it’s very real and it looks pretty darn cool too. They’re selling for $130 and made from “toast-ed” leather and “smashed avocado textured” suede. To add a final awesome touch, the collar lining features red specks, making it look as if the “avocado” had been speckled with pepper flakes. It’s basically avocado toast at it’s very best – the only difference is that you can’t eat it, but we have to admit that these trainers do look absolutely delicious. 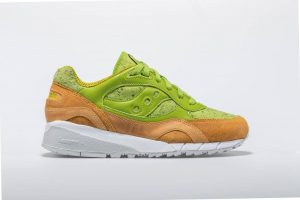 These trainers are currently only available in men’s sizes but fear not ladies, women are not being excluded – you can simply go to Saucony’s website where you can check out a chart that converts men’s sizes to women’s sizes and you should be good to go.

People are loving these out-of-the-ordinary trainers

The Evening Standard reported that the brand had already received pretty good feedback from consumers after it revealed the new trainers in a post on Instagram. The caption read, “It’s everything you avo-wanted, even if the guac is extra.”

Fans flooded the post with comments, giving the shoes a lot of love with one commenting, “You’re joking. This is everything to me.” while another said, “Would have loved to have been a fly on the wall during your focus group testing for this line.”. Another was adamant that they wanted the sneakers that very minute, commenting, “Shhhhhhhut up and take my money!” (We’re echoing that over here). It’s clear that the fitness world is so ready to wear their favorite breakfast on their feet, and we’re here for it.

Saucony is known for their “delicious” trainers

This is not the first time Saucony has made trainers inspired by people’s favorite foods. The company previously made trainers that resembled astronaut ice cream, Irish Coffee (we all need those), as well as trainers resembling bacon and eggs and, wait for it –  lobsters. In 2014 the Massachusetts running brand teamed up with the menswear label END and released a trainer called the “Shadow 500 Burger”, which was a massive success. We wonder if wearing fast food on your feet makes you faster? It must’ve done something spectacular because they all sold out.

Now you have an excuse to get that workout in

If you have $130 that you’ve been itching to spend, you can head over to Saucony’s US website to get your hands on these cool avo trainers. There’s no denying that these trainers are making us itch to get in some sort of workout just so we can show them off. Anyone up for some PB Resolution later?