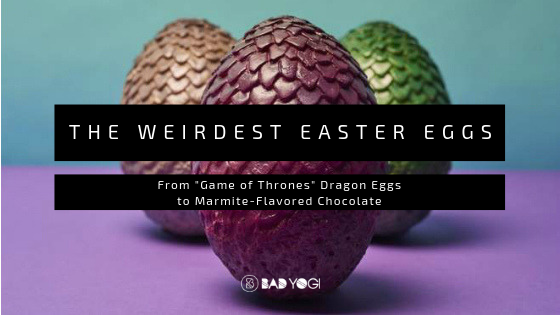 The Weirdest Easter Eggs: From “Game of Thrones” Dragon Eggs to Marmite-Flavored Chocolate

Easter weekend is around the corner and you know what that means – chocolate galore! We all love an excuse to indulge and Easter is the perfect time to satisfy those chocolate cravings. We have a lot of love for the traditional Cadbury eggs, but it can’t hurt to look at all the weird Easter eggs that are currently on sale. And when we say weird, we mean it.

So, over here at Bad Yogi, we love cheese. We live for cheese. Turns out, you can have some cheese with your Easter egg, or, well, rather a cheese egg. Yeah, no kidding. The Independent reported that Sainsbury’s has revealed its all-new Easter egg that’s made entirely out of cheese. We don’t know about you, but we totally want to try this one. 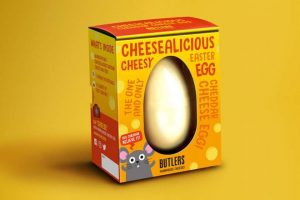 The mother of chocolate eggs

Cue the Game of Thrones theme song (how crazy was that first episode on Sunday?), there’s a dragon Easter egg coming your way. Just don’t let Daenerys catch you with it before you can eat it. We actually wish these were real. Who wouldn’t love having their own dragons? 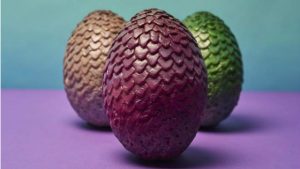 This egg from Deliveroo weighs a whopping 2lbs and they were inspired by the dragon eggs from the show. We’d love to pick up one of these, but will probably end up putting them on display somewhere everyone can see them and never, ever actually eat them. That’s what real fans do.

If you’re one of those people who love anything with sprinkles, you’re bound to love the Jazzie egg from Marks & Spencer. Also, if you loved binging on Jazzie sweets as a kid, this egg is bound to be sweet with a touch of nostalgia. 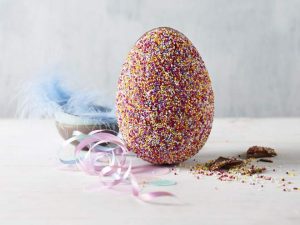 How about some chocolate with your avo?

Easter’s got something for the avocado lovers too – Waitrose has created an egg that looks exactly like an avocado. Binging on avocadoes sounds real good right now. If you’re visiting family that looks at you funny when you’re about to eat your fifth helping of chocolate, just start eating these and tell them that they needn’t worry, you’re all about balance. 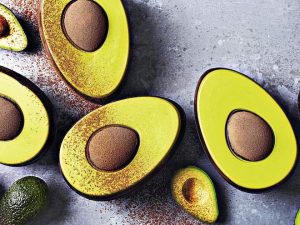 This particular egg was extremely popular last year, becoming the fastest -selling egg in Waitrose’s 114-year history. It’s made from a Belgian chocolate shell with white chocolate making up the green, creamy avocado part. The pip is made from chunky chocolate coated in cocoa dust. We don’t know about you, but we need this right now.

An egg in a cage

If you like being fancy every once in a while, there’s an Easter egg for that too. Aldi is selling an egg that is encased in an elegant birdcage. Know what the best part is? When the egg is all done and you wish you had more, you can eat the cage too. How cool is that? Although we have to admit that we’re going to be a bit sad eating up all that beauty. 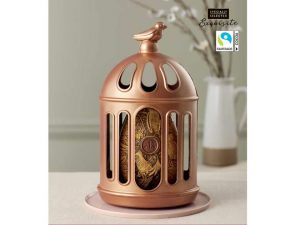 In the mood for something plain and simple that simply tastes amazing? Then you might love the Heston from Waitrose chocolate Scotch egg. Usually a savory treat, the Easter egg version is substituting the usual bread crumbs for milk chocolate, mango and yuzu for the egg yolk, and milk chocolate caramel ganache for the meat. This is chocolate overload at its best. We’ll take them all, please. 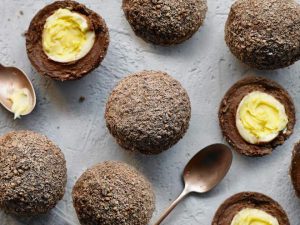 There always has to be something really weird too, just to mix things up. Say hello to Asda’s Marmite-flavored chocolate Easter egg. We have a feeling that this is one of those things you’re either going to love or hate. There’s no in between. The company described the egg as the “one and only yeaster egg”. Ah, so they’re real punny too! Upon announcing the egg, Asda has received some divided feedback, with many people wondering what the heck they were thinking while others thought it was the best thing ever. Well, you won’t know if you like it if you don’t taste it. 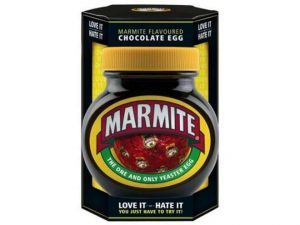 Out of all of these, we’d probably jump for the avocado and Game of Thrones eggs. And oh, don’t forget the cheese!

Do you like weird easter eggs or are you more of a traditional person? Which of these would you buy? Tell us in the comments!