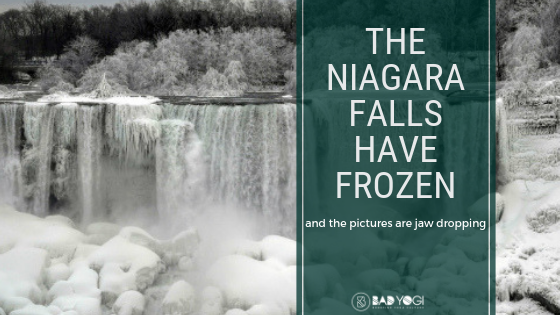 The Niagara Falls Have Frozen, Turning It Into a Winter Wonderland Fit for a Disney Film

If you’re a US citizen living in New York, you’re probably well aware of the fact that temperatures have been extra cold lately. Freezing your butt off is never fun, but you might be delighted to find out that something beautiful has come out of it all – parts of the Niagara Falls have actually frozen, and it’s probably the most beautiful thing you’re going to see this winter. 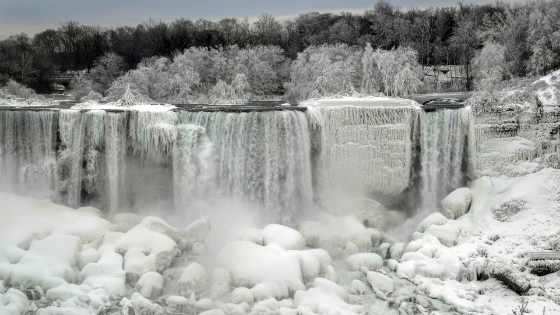 Situated on the international border between the US State of New York and the Canadian province of Ontario, the Niagara Falls are one of the great natural wonders of the world.  Earlier this week, USA Today reported that the winter storm that had been raging in the Northeast of America had caused temperatures to plunge so low that parts of the falls had frozen, turning this popular tourist spot into a winter wonderland.

Tourists have flocked to the falls, despite the cold. Fans of the Disney film Frozen told CNN that it felt as if they had walked into Elsa’s winter world. If there is one thing that’s worth seeing this winter, this is definitely it.

These extremely cold weather conditions are expected to continue for the next two weeks.  Excited tourists have shared various posts of the frozen falls on their social media accounts, which you can have a look at below.

Talk about walking in a winter wonderland. This storm should have been named Elsa, which left everything in #NiagaraFalls frozen. pic.twitter.com/Fnjotb7SmK— becky belsher (@Beckyab83) January 22, 2019

Shouldn’t have been hand holding this at 1/13 second but I did…however theres just something very moody about it that I like, especially the mist, looks as chilly as it was. #NiagaraFalls #Niagarafallsphotographer pic.twitter.com/RWXAmQmEsh— Christine Hess (@christine_chess) January 21, 2019