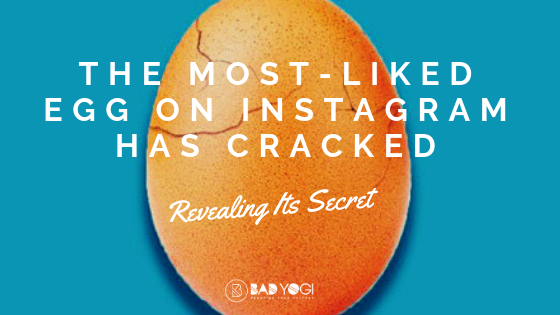 The Most-Liked Egg on Instagram Has Cracked, Revealing Its Secret

You might have heard of the very famous egg that got more likes on Instagram than Kylie Jenner. While the whole thing seemed ridiculous when it was first posted, it was revealed that there was actually a very important message behind the famous egg. 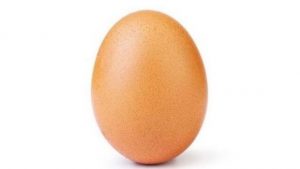 BBC reported that the egg, known as Eugene, managed to garner more likes than Kylie Jenner in just nine days, breaking her record of having the most-liked post of all time on Instagram. Kylie’s picture of her holding hands with her newborn daughter garnered 18 million likes, while the egg managed to get 24.5 million. 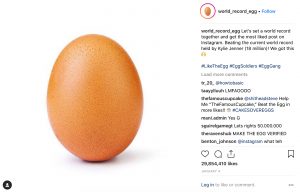 The egg was first posted on Instagram on January 4, with the caption “Let’s set a world record together and get the most-liked post on Instagram. Beating the current world record held by Kylie Jenner (18 million)! We got this.” Image: Instagram 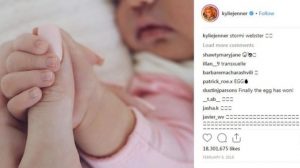 Many saw the egg as a stunt to dethrone Kylie from her position as queen of Instagram, but recently they were all proven wrong when the egg finally cracked in a short video that was broadcasted on the streaming site Hulu during their Super Bowl coverage.

Since it’s been posted on Instagram on January 4 from the account @world_record_egg, gathering a massive 52 million likes to date, a total of six images of the egg have been posted, showing varying levels of damage. The latest post appeared on Sunday, after being broadcast on Hulu, showing the egg cracking with the caption, “Phew! I feel so much better now. If you’re feeling the pressure, visit talkingegg.info to find out more. Let’s build this list together.” The link provided alongside the post led to the Mental Health America website. 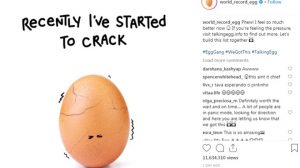 After the post appeared, it was clear that the egg had actually been a campaign for mental health all along. The egg “cracked” after “feeling the pressure” of all the attention it received on social media, becoming an emblem for mental health. This resonates with many of us who have to deal with social media and all it entails on a daily basis or just have to face all the pressure that results from living everyday life.

Why the egg was perfect for the campaign

Yahoo Style reported that the mastermind behind the egg was 29-year-old Chris Godfrey, who is an advertising creative working at The & Partnership in London. When asked why he decided to use an egg for the campaign, he replied that it is because an egg is an egg, it’s universal. It has no religion, gender, or race.

BBC reported that despite Godfrey’s good intentions, many people thought the egg to be a marketing stunt that had bought followers because it had managed to get so many likes in such a short period of time. Godfrey has since said that the sole purpose of the egg was not to advertise anything, their main goal was just to get as many likes as possible and now that the egg has over 10 million followers, it is a very effective platform for reaching people.

What seemed to be a bit ridiculous and was even seen as a marketing stunt by some, turned out to be a pretty cool initiative. With constantly rising suicide rates, focusing our attention on mental health is more important than ever. We have to start looking out for others and for ourselves. And always remember that you’re not alone and to speak out when you feel like you’re about to “crack”.

What do you think? Was the egg a cool initiative to get people to focus on mental health? Sound off in the comments!