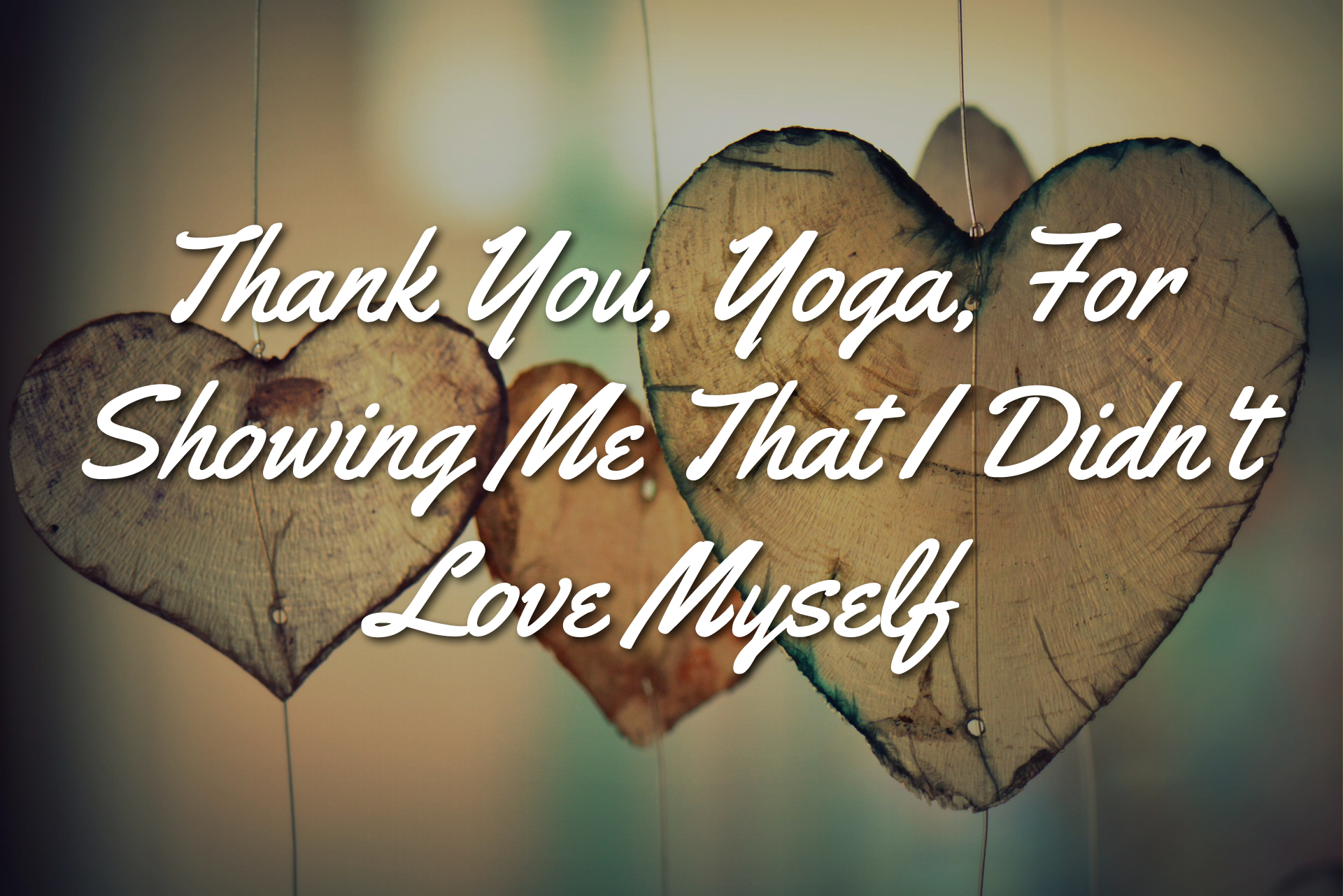 Thank You, Yoga, For Showing Me That I Didn’t Love Myself

Fun fact: I started this article a long time ago with the intent to commemorate reaching 2 years since a journey in India. I maybe finished three other articles before finally tackling this one again. I couldn’t quite find the right angle or flow on how to write this, and quite frankly I was still having doubts on whether it was the right time to share it. But in light of Mental Health Awareness Month and the surface of #MaybeHeDoesntHitYou/#MaybeSheDoesntHitYou on social media to raise awareness that emotional and mental abuse are very real, it’s time to finish what I started.

For starters, unlike many inspiring yoga stories, I wasn’t really heading down a path of serious self-destruction when I stumbled upon yoga. I started experimenting with yoga in undergrad, but I wasn’t really “into” it. It was honestly “too slow” for me and was not giving me “results” I thought yoga was supposed to give. And quite frankly, it stressed me out that I couldn’t do the poses because I was pretty out of shape. I continued to toy around with yoga in grad school, but it still didn’t stick. Finally in fall 2014, I developed a consistent practice that still works for me to this day.

I initially really delved into yoga so that I can handle a time of many transitions. It was my last year of my graduate program and was super anxious about getting (or not getting) a big girl job. I had a new field practicum that was really challenging me. I was diagnosed with type 2 diabetes at the age of 25, which was a serious slap in the face because I had already dropped about 25 pounds at the time of diagnosis. And perhaps the most important life transition that happened that year: I finally set myself free from a very toxic situation.

I’ve had heartbreaks before this one. Some I got over quicker than others. But when those relationships ended, they ended. No manipulation, no dragging it out, no nonsense.

To make a very long story short, about six years ago, I got myself involved with someone I shouldn’t have gotten involved with. I knew it wouldn’t last but I was young, so hey why not, right? If it doesn’t turn into a full relationship, at least it’ll be fun, right? But I didn’t know that situation would end up with me being the other woman, and me letting it go on for over three years. Three years of sleepless nights, tears, verbal fighting, putting his needs over mine to convince him to choose me, buying his affection, agreeing with him when he says he’s the one actually suffering due to my (and her) feelings and frustration, letting him talk bad about people who were close to me, letting him compare me to other women, convincing myself that I was acting out of love, convincing myself that the situation will make us stronger and better, convincing myself that I’m the better woman because I’m nicer and took care of him, convincing myself that he’ll eventually become a better person. This went on and on by the time I graduated from undergrad into my first year of graduate school. And then India happened. Beautiful scenery in Northeast India. Before I was into yoga, meditation, and all that weird stuff 😉

No, I didn’t sit in a cross-legged position for hours at a time on the mountains. No, I wasn’t in pure isolation and white light came to visit me. The trip wasn’t even about yoga or meditation or anything like that. There was a yoga teacher who was kind enough to come to our campus at 6 am, but I didn’t even get up on time for that. I guess being stuck in the mountains with other 15 people forced me to deal, well, with me. At this point in time, he and I were still friends (which was still pretty toxic) and we were supposed to visit each other after I returned from India. But while I was in India and upon returning to the U.S., I did some serious re-evaluation of our “friendship”, and I decided that I didn’t want for us to visit each other anymore.

The final straw came when he became extremely angry after I had spent some time with a friend, who just so happened to be a male. Did I mention he was dating someone else at this point? But he continued to turn it around on me, a pattern I should’ve seen coming in the beginning. False accusations, irrational jealousy, guilt trips, you name it. But I held my ground. This time, I stuck to what I know in my heart was right. This time, I stood up for the person who perhaps thought she couldn’t stand up for herself six years ago. This time, I really would be free, to go back to the woman I had lost throughout this mess.

The funny thing is all of this went down before my consistent yoga practice. So what’s it got to do with anything? Well, the toxicity of this relationship along with the self-inquiry that comes with yoga led me to the unhealed parts of myself. The parts that I thought were strong, but really weren’t. For a majority of my life, I’ve always convinced myself and others around me that I love myself just the way I am and that I don’t need to go through that mess I went through. I don’t dwell too much on this situation anymore, but whenever I take a peek once in a while, I realize that I really didn’t love myself like I thought I did. I didn’t respect myself, and I started to believe in the person he wanted me to be, not the person I really am. Yoga showed the dark parts of me. And yoga helped me to forgive myself for treating me the way I was treating myself. From time to time, he would randomly try to go back in my life. I’ve always been a person who wants to be on good terms with people, but sometimes that needs to be done from a distance. Yoga helps me continue to stand my ground whenever I’m tested to get reeled back in. Yoga continues to give me the tools to handle that challenge with grace and peace, even if it eventually ends with him still not understanding where I’m coming from. Yoga helps me continue to realize that I was always enough and shouldn’t apologize for that, nor should I continue to blame myself for someone else’s actions.

To those going through something like this, I hope that you find the strength and self-love to free yourself from the situation. To those who know someone who is going through this… be patient and compassionate. Trust me when I say that they are trying to get out of the situation. It is easier said than done, and it is much, much more complex than “he/she is not good for me, so I’m going to leave.” They are not weak, they are not dumb. They are stuck, and the last thing you want to do is to judge something that you may not even know about. Chances are, they are probably not allowed to talk about it.

Thank you yoga, for showing me the real me. 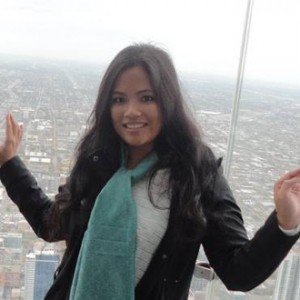 I'm Donna, I have my Master's degrees in public health and social work because I have too many interests and I want to help children and families improve their quality of lives. I stumbled back into yoga thanks to my type 2 diabetes diagnosis in 2014, and yoga hasn't left me since then. Connect with me on Instagram @wanderfullywondering where you'll find all my randomness that ensues in this beautiful thing called life.