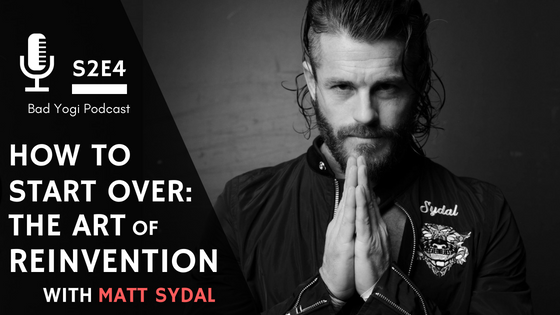 S2E4: How to Start Over: The Art of Reinvention with Matt Sydal

This week we’re talking about reinvention & starting over with Matt Sydal, my dear friend, pro-wrestler, and master of reinvention. I myself have reinvented a few times and each one was significant for different reasons. But I’ll get into that in the podcast!

I have a super inspiring story to share with you today from an unlikely source. I mean, it’s not unlikely if you ask me, because I know this person, BUT it might seem straight outta left field for the rest of you. Matt is an American pro-wrestler, futurist, and bad yogi. YES, he totally has “bad yogi” in his bio! I did not throw that in there myself! He’s a professional wrestler and also the Impact Wrestling X-Division Champion. He spent years in the WWE, traveling the world in total superstar fashion until he got let go & had to totally reinvent himself. I’ll leave the rest of his story to be discovered in our chat here, but settle in because you’re in for some major motivation today.

We’re talking about a lot today…
– This whole episode is about Matt’s journey from the WWE to ultimately branching off to do his own thing with an break in between where he felt lost & unsure of what to do next. ​​​​
– Why the rules don’t apply to you when you’re trying to do something different
– What it takes to succeed at the highest level of your craft
– Why material success shouldn’t be your #1 priority
– And yes, about Ayahuasca & plant medicine! Okay so I know this is sounding like a theme since we just talked to Amber from EpicSelf recently, but I swear I’m not trying to seduce you into the arms of ayahuasca! It just happened to be a “thing” with Matt too, & he had such an interesting story, I couldn’t ignore that part of his journey.

Find Matt on Instagram @mattsydal or check out his wrestling school in Clearwater, FL at http://wwntc.com/ 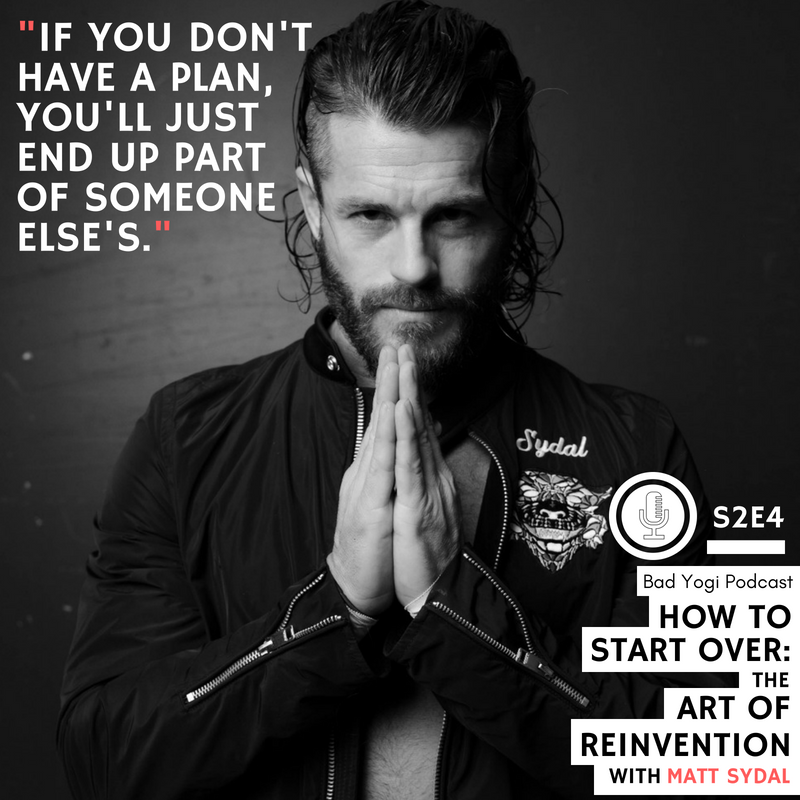