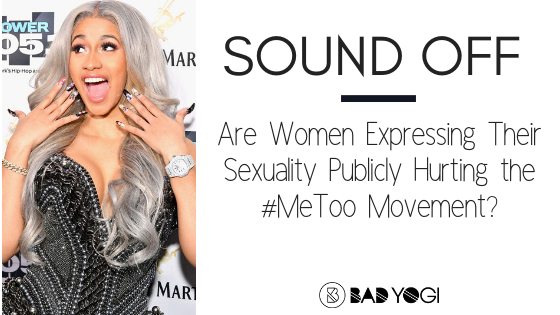 Sound Off: Are Women Expressing Their Sexuality Publicly Hurting the #MeToo Movement?

People around the world are well aware of the #MeToo movement that started in 2017, resulting in countless women and men coming to the forefront to tell their stories about sexual assault. While this movement is definitely a good one and has led to the exposure of many sexual offenders, it has also set the stage for some backlash towards women expressing their sexuality publicly. 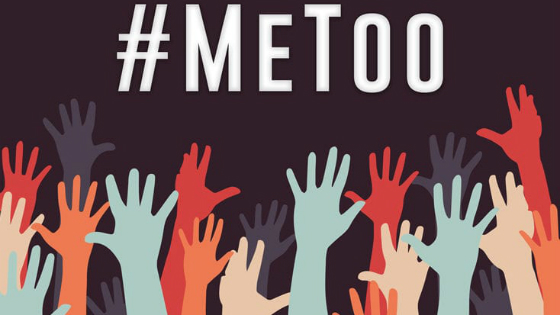 When looking at social media and the latest music videos, we see women enjoying their bodies, showing some skin, and expressing their sexuality. The question that has arisen, however, is whether this is actually hurting the #MeToo movement and women around the world more than it is helping it.

Earlier this week, Billboard reported that rapper Cardi B got some serious backlash from columnist Stephanie Hamill about her feature in the latest music video for City Girls’ song Twerk. The backlash seemed to have mostly resulted from Cardi allegedly wearing only body paint in some parts of the video. The video also features numerous women, all dressed in bikinis, twerking. Hamill took to Twitter to share her thoughts on the video.

In the Era of #meToo how exactly does this empower women?
Leftists, @iamcardib , feel free to chime in.
THX .. pic.twitter.com/59fyDxrYAz— Stephanie Hamill (@STEPHMHAMILL) January 21, 2019

Cardi B did indeed not waste any time in letting her opinion be heard on the matter, replying that the video shows that she and other women are allowed to wear whatever they want. She also posed the question of whether twerking and being half naked means that she deserves to get raped and molested. Hamill replied, saying that no always means no, no matter what, but emphasized that videos like these sexually objectify women and that it is hurting the #MeToo movement’s cause.

I agree, No means NO, NO MATTER what!
But this video, & others like this sexually objectify women. I think this hurts all women & the cause. We’re not sex OBJECTS! Clearly we see things differently, (maybe I’m just a hater bc I can’t Twerk 🤣) Come on my show, debate me! https://t.co/TaqAiF9Jmv— Stephanie Hamill (@STEPHMHAMILL) January 22, 2019

This brings us to a very controversial question: do music videos like these objectify women? Is it hurting the #MeToo movement, or does these type of videos actually help the movement by showing that women aren’t scared to show off their bodies anymore?

Some might argue that women twerking half naked in public is encouraging people to sexually objectify them, even if this might not have been the intention of the women in question at all. On the other hand, others may argue that these type of videos are exactly what empowering women is all about – twerking, enjoying your body, and having fun are what the music video seems to convey. It is an all-women cast, which might be trying to emphasize that this is women, this is them having fun. It might not be for everyone, but for those who can find a message of empowerment in it, all the hype might just be worth it.

One thing that is and will always remain unnegotiable is that sexual assault can never be blamed on the way a woman decides to dress. Even though Hamill and Cardi B have their differences on the matter, both of them still agree on this, at least.

What are your thoughts on the matter? Sound off in the comments!