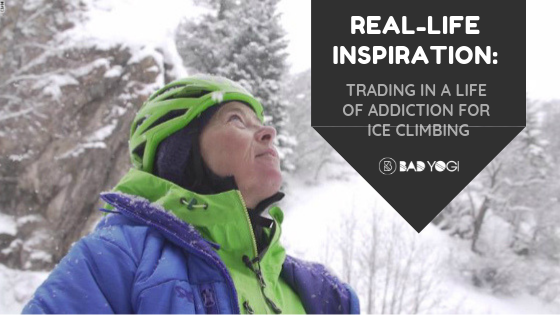 Real-Life Inspiration: Trading in a Life of Addiction for Ice Climbing

If there’s one thing all of humanity can agree on it is that the world is a tough place to live in, and some of us cope with it better than others. Margo Talbot might not be a name you’ve ever heard of before, but she’s living proof that the demons most of us have to live with every day can be kicked in the teeth – hard.

Margot Talbot had a tough childhood

Life didn’t treat Talbot very well from the start. Growing up in rural Canada, she started using drugs at a very young age to self-medicate the pain she was feeling from childhood trauma. Being emotionally neglected as a child left her suicidally depressed by the time she was a young adult. She told CNN that she started smoking marijuana when she was only 12 years old. When marijuana no longer gave her the high she wanted, she moved on to harder drugs in the coming years and by the time she reached her 20’s, she was freebasing cocaine. 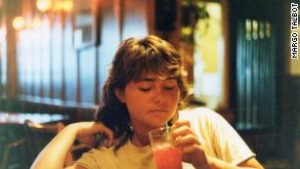 She got arrested and decided that she needed to change

Talbot was an avid drug addict, and things didn’t start looking up for her until she was arrested on drug charges. Looking back, she sees her arrest as the turning point in her life. She recalls how she was sitting in her jail cell and struggling to see the moon through the tiny window. It was at that moment that her thoughts went back to one of the few happy memories she had – an ice climbing outing her then-boyfriend took her on a while back. She remembered ice climbing as the first time in her life that she felt joy without being on drugs. At that moment, she realized that her relationship with nature was actually far stronger than her relationship with drugs and that night, in that tiny cell, she decided that she was going to trade drugs for a life of ice climbing.

Today, Talbot is drug-free and an ice climbing pro. It was the salvation she had expected it to be. She says that the ice’s glittering beauty and the repetitive sounds in her ears while she’s climbing almost serve as a moving meditation. For her, the sound the ax makes as she removes loose snow and the sound of her boots’ crampons digging into the ice, is the soundtrack of escape. She describes the feeling of ice climbing like that of “climbing away from reality”. For her, the entire process serves as an emotional release. She insists that she wouldn’t call ice climbing a sport though: “I call it an endeavor, a practice. It’s got too much danger to call it a sport. But that’s one of the reasons I love it. The danger brings you completely into the present moment.” 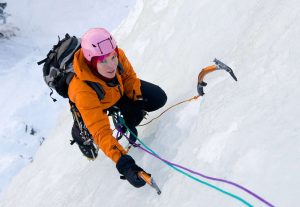 Talbot traded in her addiction for ice climbing.
Image: Dreamstime.com

She now helps others to overcome their own addictions

Realizing that ice climbing was helping her to feel like she was escaping from reality and her problems, she decided to help others who struggle with drug abuse by using the same technique. Talbot is now teaching climbing clinics, teaching others the techniques she has perfected over the years. She’s been getting around – she’s been on various expeditions, including the Canadian Rockies and the South Pole.

She is also a mental health coach and is using her past experience to help others who are where she’s already been. Talbot says that people who have hit their own rock bottom can relate to her because of her own life experience. “I can share the tools and techniques that helped me get through, and I can be the assurance that it is possible. I’m on the other side. If I can do it, you can do it,” she says. 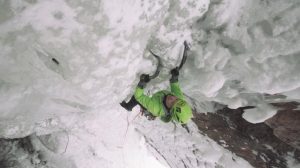 Talbot is using ice climbing as a technique to help others who suffer from addiction.
Image: CNN Video Screenshot

Despite being very busy climbing the next “iceberg” and being a mental coach, Talbot also takes the time to work with at-risk youth in Canada. She helps “younger versions of herself”, as she calls them, to deal with their alcohol and drug problems. She helps out at a wilderness adventure rehab program, which is perfect, because then she takes those kids to go ice climbing with her. After the climb, she tells them her life story, and how ice climbing literally changed her life.

Talbot says that ice climbing is a very empowering activity, especially for women, and introducing others to the activity that changed her life brings her joy.  She is empowering others to find another outlet for all their sadness and frustration. Ice climbing takes your mind off of your troubles, it is an amazing distraction, and probably something that is going to help many other people who suffer from drug and addiction problems.

Talbot is proof that you can turn your life around, no matter how messy it might be. It took her a night in jail to realize that she needed to make a change – and she did. Whatever your own demons might be, know that there is something or someone out there that can and will help you to deal with them. All you have to do is want the change.