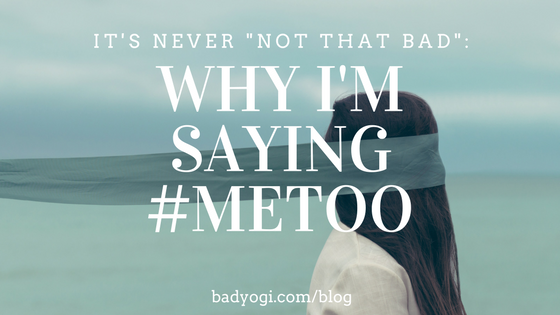 It’s Never “Not That Bad”: Why I’m Saying #MeToo

Sexual harassment has been quite a central theme in my life the past few weeks. This sounds more dramatic than it is, but give me some time to explain.

My office is in a big building and a few weeks ago, they decided to spruce up the place a little. This also involves installing a new meet box outside my office, and the workers are…not very women-friendly to say the least. One of my co-workers was waiting for someone in the hallway, but she came in after a couple of minutes because the men were whistling at her. I received plenty of looks and some whistles as well. It made me feel uncomfortable and nervous to walk through the hallways, which clearly is NOT OKAY. Sometimes I would make my mind up and decide to call them out on their behavior, but by the time I mustered the courage, the men would be gone. I also thought about mentioning it to the company who’s responsible for the building, but I always ended up with a reason to just let it be.

Then obviously last week, there was the #MeToo movement online. Someone posted a picture in the PBYP Facebook group and it released a whole chain of women either sharing a simple “Me too” or their story. It really got to me. Seeing how many women have been the victim of sexual assault or harassment was just shocking. But I didn’t consider myself one of the victims because nothing “too bad” had ever happened to me.

The next day I saw a post from a woman who thought the same thing I did: I’m not posting because I’ve never been through things as awful as some of my friends. Until she remembered a number of harassment incidents that affected her deeply. And that reminded me of the time when I was sixteen, riding my bike home from a friend’s house when this car started to drive right next to me and the older men in it kept staring at me. It freaked me out a lot, and my mum and I went to the police the next day. We couldn’t give them a lot to go on because I didn’t have the reflex to memorize his license plate. I also remembered the time when I was on Erasmus in Spain, on my way to a bar with two of my friends, when some drunk, old man stumbled behind us, yelling that he wanted to have sex with us. And then there have been plenty of times when men whistled at me or made disgusting comments based on nothing but the fact that I was a woman in a public place.

I am not the type to stand up for myself in public or to talk back to strangers, and it is really easy to write this from the comfort of my room. But I know that something has to change. It all starts with someone standing up for themselves, or even for someone else. It starts with one voice that can inspire someone else. Change has to begin somewhere, and with everything that has been going on in the past weeks, I have a feeling that change is about to come. I hope it is, because if I ever have a daughter, I don’t want her to have #metoo stories to share. I don’t want her to be afraid to walk alone on the street. I don’t want to hear stories of how men are mistreating women anymore.

And most of all, I don’t want to be quiet anymore. I don’t care if it makes me so nervous I’m shaking, I’m tired of feeling uncomfortable walking down the hallway or on the street. I’m tired of worrying about what I should wear when I’m leaving the house. I will speak up, whether it’s to the men themselves or to someone in charge. Our society’s perspective on these things needs to change, and I know that my voice alone won’t do it, but it might just help.

And to all women out there, who were reminded of their past or present situation because of everything that has been going on the past couple of weeks, know that you are not alone. People are here to help you and to love you. We are on your side, and you should know that things will get better.

How has #metoo affected you in these last couple weeks? If you feel comfortable, share your thoughts below! 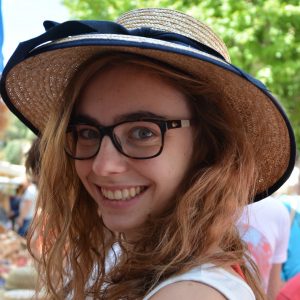 Ellen is a Belgian-based postgraduate student with a translation degree for English and Spanish. Lover of languages, books, tv shows, dogs and baking anything with chocolate.