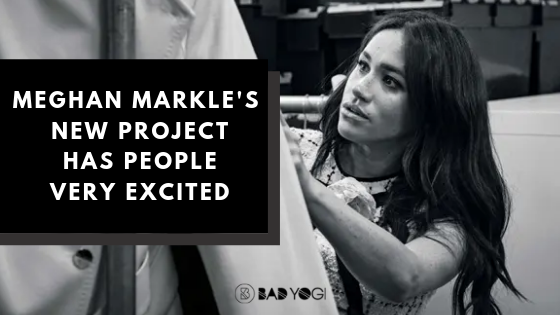 For those not in the loop regarding all things royal-related, Meghan Markle recently served as a guest editor for British Vogue’s upcoming September issue. Naturally, everyone is very excited to see what the Duchess of Sussex brought to the table, and spoiler alert – you won’t be disappointed.

According to Today, Markle made a bit of history by being the guest editor for Vogue’s fall issue – the magazine has never had a guest editor for its fall edition in the 103 years it’s been around. Markle knew this was a rare opportunity, and she treated it as such, making sure to create something that highlights the things that are close to her heart. This includes putting the spotlight on women who are working hard to make the world a better place and embracing natural beauty, which is perfectly in keeping with the edition’s theme, “forces for change”.

Making a vision come to life

Markle had a clear vision for this edition; she even picked the fashion photographer for the job – 74-year-old Peter Lindbergh. Edward Enninful, her September co-editor and the publication’s editor-in-chief, was impressed by her choice, saying, “It was one of those brilliantly spontaneous moments when HRH, The Duchess of Sussex, and I had exactly the same idea at exactly the same time. Peter sees beauty in real people, in real situations. He makes everybody feel their best.”

What changes do you want to see in the world? That’s the question HRH The Duchess of Sussex @SussexRoyal and #BritishVogue posed to 15 women with 15 unique causes in the September 2019 #ForcesForChange issue. Meet the September issue cover stars as they discuss who and what is inspiring change today. Stay tuned for the full film on Vogue.co.uk/video. Directed and edited by @Kloss_Films. Starring: @AdwoaAboah @AdutAkech @SomaliBoxer @JacindaArdern @TheSineadBurke @Gemma_Chan @LaverneCox @JaneFonda @SalmaHayek @FrankieGoesToHayward @JameelaJamilOfficial @Chimamanda_Adichie @YaraShahidi @GretaThunberg @CTurlington

Needless to say, Lindbergh was the perfect man for the job. He told Vogue that he has never been a fan of photoshopping models or having them wear tons of makeup. “I hate retouching, I hate make-up. I always say, ‘Take the make-up off!’ The number of beautiful women who have asked me to lengthen their legs or move their eyes further apart … You would not believe. It’s a culture of madness,” he said.

We agree with Lindbergh one hundred percent. It is a culture of madness, and Markle seems determined to form a part of the movement that is trying to change it. Although Markle was all for trying new things with this issue, there was one thing that was non-negotiable – she wanted to see freckles. This was one of her requirements when she called Lindbergh about the job, and he was only too happy to oblige, saying, “My instructions from the Duchess were clear: ‘I want to see freckles!’ Well, that was like running through open doors for me. I love freckles.” And we love Lindbergh and Markle for loving freckles. 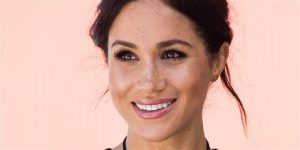 Markle admits that she doesn’t like it when people airbrush her freckles out of a picture.
Image: Samir Hussein/WireImage

It’s understandable that this was one of Markle’s main requests – she has freckles herself and told Allure back in 2017 that it really annoys her when people change her skin tone and airbrush her freckles out of a photoshoot. We totally get it. Plus, just imagine having your photoshoot pictures retouched – looking at them again when they’re published in a magazine and seeing everything that has been retouched or taken away is enough to make anyone insecure about themselves.

Giving others a chance to shine

Many would have expected Markle to appear on the cover of this edition, but that’s not the case. You see, she meant it when she said that she wanted to place the focus on women who are changing the world – so she put them on the cover instead (even though we can all agree that she’s one of those women). All the women she interviewed for the issue appears on the front page. There are 15 of them, and they each have a spot. Markle doesn’t feature anywhere, and according to Lindbergh she didn’t want to, because she felt that “would have been too boastful.” 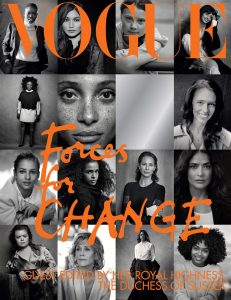 The cover of the September issue of British Vogue.
Image: Peter Lindbergh / PA Wire via Reuters

The cover ended up consisting of 16 tiles, featuring 15 amazing women, including Jane Fonda, Laverne Cox, Jameela Jamil, and Selma Hayek. They are featured in all their natural beauty – no retouching, no photoshop. In the meantime, Vogue has revealed that the 16th tile on the cover appears as a mirror, saying, “The 16th slot — which, in print, appears as a mirror — is intended by the Duchess to show how you are part of this collective moment of change too.” How freakin’ cool is that?

It was no easy task

According to The Guardian, Markle has been working on this project for seven months, and one of the things fans can look forward to is her account of a sincere conversation she had with Michelle Obama. She also did an interview with Dr. Jane Gooddall, the renowned ethologist and primatologist. Markle seems very happy with how everything had turned out, saying, “These last seven months have been a rewarding process, curating and collaborating with Edward Enninful, British Vogue’s editor-in-chief, to take the year’s most-read fashion issue and steer its focus to the values, causes and people making impact in the world today.” 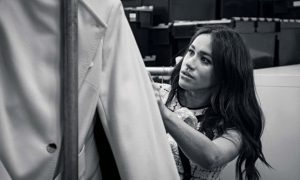 Markle also hopes that the issue will inspire those who read it.

“Through this lens, I hope you’ll feel the strength of the collective in the diverse selection of women chosen for the cover as well as the team of support I called upon within the issue to help bring this to light. I hope readers feel as inspired as I do by the forces for change they’ll find within these pages.”

Using her platform to empower other women

Having someone like Markle using her platform to be an advocate for women all over the world is amazing. Hopefully, this edition of Vogue will inspire countless more women to pluck up the courage to be the change they want to see in the world; to embrace themselves and their natural beauty – because none of us need photoshop to look beautiful, we’re total goddesses already.

The September issue of Vogue will hit newsstands on Friday. What are you looking most forward to in this issue?