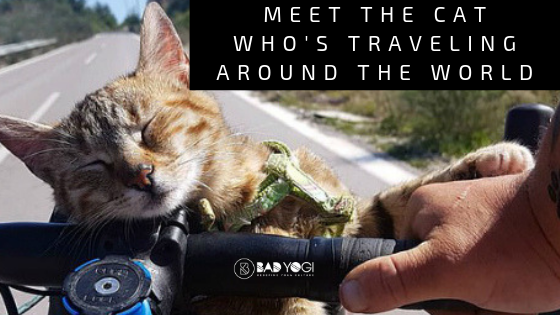 Meet the Cat Who’s Traveling Around the World

Lately, there’s been a lot of stories doing the rounds about people traveling around the world, but there’s something that sets Dean Nicholson apart from the rest – he has a furry companion. Meet Nala, the first cat to travel around the world. Warning: what follows is cuteness overload. 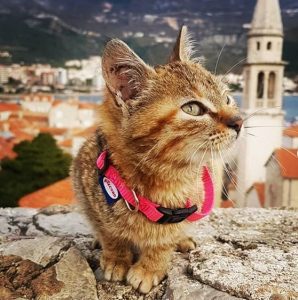 All it took was a meow

Metro reports that Nala joined Nicholson on his journey after he set off from his homeland in Scotland, Dunbar, to travel the world. He was crossing the Bosnian border into Montenegro, listening to music, when he heard a meow between songs. He looked around to find Nala climbing the hill alongside him and she was desperate to get his attention. Nicholson gave her some of his pesto – it was all he had – and proceeded to cycle up the hill. Nala, however, wasn’t about to let him go and kept on following him. 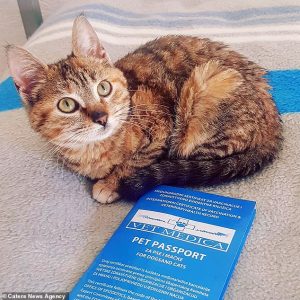 Nala has her own pet passport.
Image: Caters News Agency

Nicholson took pity on her and decided to take her in. He took her to the vet to find out whether she was microchipped – she wasn’t, which was a relief, because he had already fallen in love with her. He decided to name her Nala and take her along on his journey. He had her chipped, got her a pet passport, and started to give her the vaccinations that would allow her to continue traveling with him. 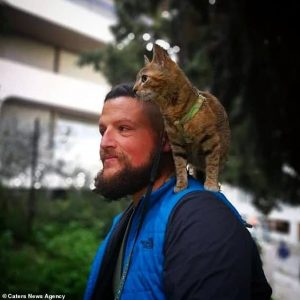 31- year-old Nicholson has currently traveled through eight countries and he’s been documenting all of his adventures online. Now Nala is part of it. Nicholson decided to travel after realizing that he was tired of his nine to five job as a welder. Cycling around the world seemed like much more fun. He set off on his adventure last year September. He could never have imagined that he’d find a companion like Nala along the way. 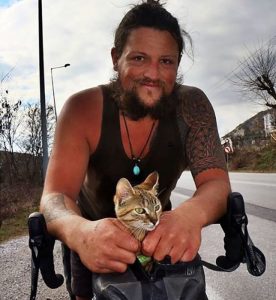 Since starting his journey last year September, Nicholson has found himself a furry companion.
Image courtesy of Dean Nicholson

A cat that likes kayaking

Currently, Nicholson and Nala are visiting Santorini, Greece. They’re spending their time kayaking. We don’t know about you, but we’ve never met a cat that likes water, let alone kayaking. Nala is one special kitty. She also loves traveling. Nicholson has a little pouch at the front of his bike that’s Nala’s spot while he’s on the road. She watches while he cycles or takes a nap during the trip. Sometimes, she even sits on his shoulder. Nicholson says that this usually happens when he’s cycling over cobbles – she doesn’t like the shakiness and then prefers his shoulders to her pouch. 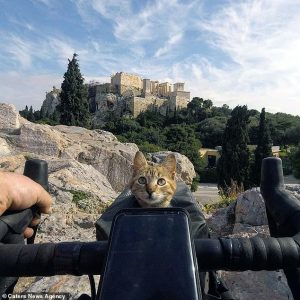 Nala has her own pouch for traveling.
Image: Caters News Agency

Nicholson takes some time to work while on his trips to raise funds for his travels and at the moment, he’s a kayak tour guide. It seems that Nala does not shy away from hard work since she joins him while he’s doing tours.  According to the Daily Mail, Nicholson has also taken the time during his travels to pick up plastic from beaches. He says that he’s picked up bags full of plastic and usually makes a point of posting it on his Instagram page to raise awareness of the problem.

As for what the future holds, Nicholson has set up a GoFundMe page to raise funds for Nala’s vet bills. He eventually wants to bring her back with him to the UK after his travels around the world are done. 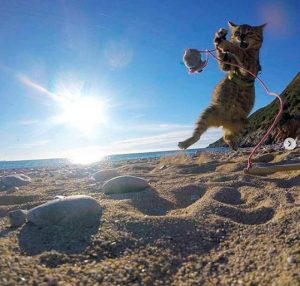 Dean jokes that he needs to teach Nala to hunt in case they run out of money and need some food.
Image: Dean Nicholson

Nala is one lucky cat and Nicholson is one lucky guy to have her accompany him on his journey. We’d give our right arm to be able to do the same. In all honesty, it’s such a shame that a cat gets to travel around the world while we haven’t had the opportunity yet. Perhaps Nala will consider accompanying us once we saved up enough money? We can dream.