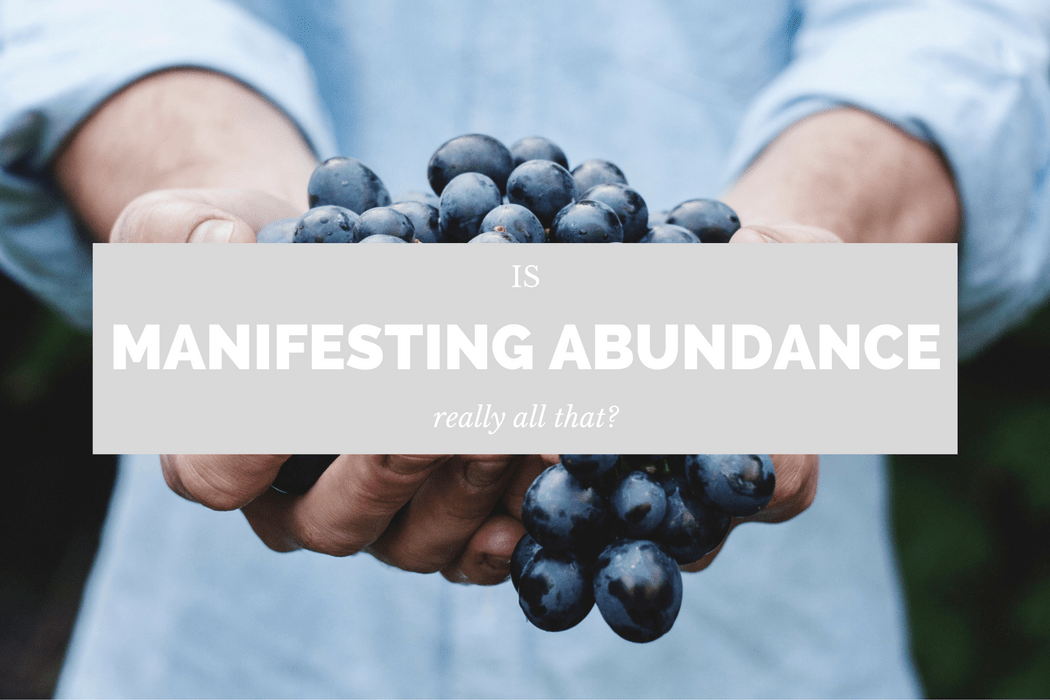 Is Manifesting Abundance Really All That?

If there’s one thing I have no patience for, it’s cliches. Sometimes people come at me with something inspiring, and I have the comeback cliche to shut them down.

Them: “Good things come to those who wait.”

Me: “Be the change you wish to see in the world.”

Them: “A bird in the hand is better than two in the bush.”

Me: “Nothing ventured, nothing gained. Also, I killed them both with one stone, so no birds for anyone.”

And the one that makes me burn the most: “Manifest abundance.”

For some reason, those old Eagle Man insurance commercials pop into my head when I hear that. If anyone can manifest abundance, it’s Eagle Man. He makes an egg out of nothing. But then I realize, that creepy humanoid raptor had to eat nourishing foods, keep his body temperature regulated, do a bunch of other bird stuff, and sit on the phone with a claims adjuster for four hours in order to have that egg, and suddenly it seems less miraculous.

It doesn’t sound like it right now, but I am an eternal optimist. I always look forward to the best outcome, and I always believe it’s there, waiting … if you work for it.

Like many, I’m not working the job I want. I’d love to teach yoga full time, write on my own terms, and hibernate through winter. I’m taking steps toward that goal, but I keep getting shot with well-meaning nuggets of “inspiration” about how I need to “take the leap” and “you’ll never be 100% ready” and “have faith that the universe will provide.”

Does the universe offer medical and dental? My glasses prescription would shock a mole, so the universe better provide vision coverage, too. What about stock options? Enough dolla bills for the mortgage?

Over time, this well-meaning speech about allowing the universe to deliver has become more of a lecture, and I feel like I’m at the center of a tug of war between an endlessly scrolling Pinterest board of pretty quotes against galaxy backdrops and my mother telling me to have some common sense.

Yeah, I’d love to “leap,” “jump,” “risk,” “dive,” all those nice verby words, but there’s also freedom in a little bit of security. Caution means I can pay my mortgage and support my fur babies, who, ironically enough, actually can let the universe (i.e. me) provide. Medical insurance means I can continue taking a $6K/month medication. A 401K means — just kidding, I don’t contribute to that (see! I can be wild and crazy, too!).

Sometimes you get lucky and it works out, but luck wouldn’t be luck if it were foolproof or reliable. It’s dangerous to tell people that there’s an invisible safety net. Many people have “taken the leap,” and life happens. The housing bubble bursts, the funds dry up, someone needs surgery.

For some people, trusting the universe is totally worth the risk. Putting that option out on the table is fabulous for those who want to take it, but now it seems as though “good yogis” are always expected to let themselves be swept away by the whims of the universe, and that is a dangerous way to think.

Because that is exactly what dis-empowers us.

The danger in “manifesting abundance” by letting the universe do it for you is that it diminishes our autonomy to affect real change in our lives.

I want to know I’m empowered to do stuff myself. I’m a strong, independent woman, I don’t need the universe delivering my destiny. I can do it myself, thank you.

There’s a balance in the world — yin and yang, good and evil, Rachels and Monicas — and a lot relies on the balance of passive and active force. Knowing what things happen passively (breathing, seasons, raccoons making a home in your attic) and what things happen actively (accomplishing goals, designing a career, building a shabby-chic mid-century coffee table) allows us to direct our lives by levering each. When we lose sight of that balance, we stop making progress in our lives.

So yes, have faith. Believe that the best outcome is possible. But don’t wait for it to magically occur in the universe’s sweet time. Don’t jump unless you’re willing to accept that there may not be a safety net awaiting you under those fluffy clouds.

Take back the power. Don’t let anyone tell you there’s only one way to get there. Make your life happen in a way that makes sense for you, whether it’s planning so there’s no lapse in insurance or leaping into the promising void. 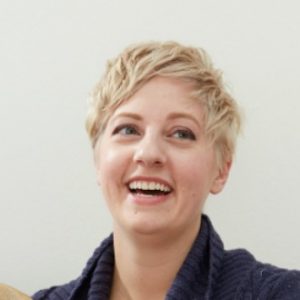 Katie O'Shaughnessy started yoga after diagnosis of an autoimmune disease and found happiness, empowerment and peace. She is now a registered yoga, aerial yoga, and stand up paddle board yoga teacher as well as a certified health coach. She wants to pass healing on to others. Writing and travel are her passions beyond the mat. Visit her at katieoyoga.com.