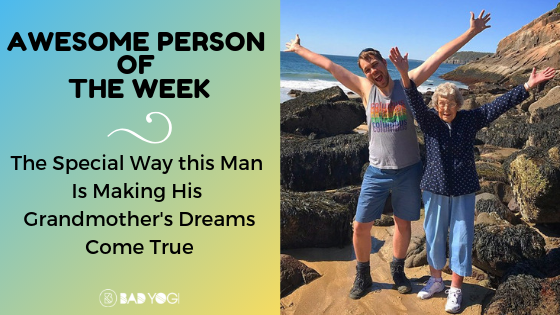 Awesome Person of the Week: The Special Way this Man Is Making His Grandmother’s Dreams Come True

Imagine if you could do anything for your grandparents, anything at all – what would it be? For Brad Ryan, it meant making amends with his grandmother after not seeing her for over a decade since his parents’ divorce, but this story does not stop with the reunion – Ryan wanted to get to know his grandmother again, and as he did, he found that there was something she’d always wanted to do. Now he’s doing it with her.

According to Today, Ryan, 38, a veterinarian at the National Zoo in Washington D.C., used to be very close to his grandmother back when he was younger, but his parents’ divorce had caused a rift between them after he decided to stay with his mother after the divorce (his grandmother, Joy Ryan, is his father’s mother).

When he saw his gran again at his sister’s wedding ten years later, he decided to take the chance to become closer to the woman he was once so close to as a child. He went over to her and simply asked, “Can you come over and teach me how to make that banana bread I love so much?” That was it, and the two of them started to rekindle their relationship. Ryan admits that it wasn’t easy to do so. “It was awkward in the beginning when you miss out on a decade of someone’s life. You have to start over. That’s what we did. It was a really long process, gradually building up trust again but that is what brought us to the open road.” 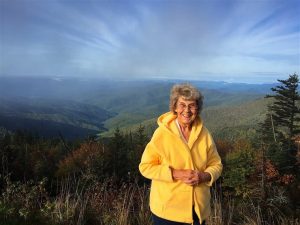 The words “open road” here are meant quite literally. You see, Joy, 89, who has survived Leukemia and recurring episodes of pneumonia, one day told Ryan in passing that she had never seen mountains or the ocean. She said that it was a shame that she hadn’t had the opportunity to see that in her life. Ryan knew that he had to do something about that, and he did. Back in September 2015, he took her on a trip to Great Smoky Mountains National Park. Here, he realized that his grandmother might look old, but she was far from it. She climbed a mountain with him and Ryan decided that he would take her on more trips. They ended up traveling to 21 national parks in just 28 days and, of course, took a lot of pictures to document their journeys. They also had some deep conversations about the past ten years.

“It’s everything you see on the surface: a lot of laughter, a lot of smiles, a lot of breathtaking landscapes. I saw her eyes come alive in a way that she would never be able to articulate with words. But on the flip side, there were a lot of unanswered questions. So the 28 days were also about having difficult conversations, learning how to forgive each other, and gain more understanding about what went down.” 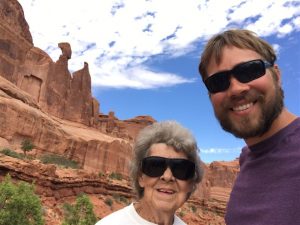 Serving as a light and inspiration to others

They continued their travels in the years to come, but the world only found out about them after a mini trip to Acadia National Park in June of this year. The staff at the park shared a few pictures from heir visit on the park’s Instagram account, which has nearly 250,000 followers. But it was the timing that caused them to go viral. These pictures were shared on the same weekend that the mass shootings in El Paso and Dayton took place. Ryan has some thoughts on why the images went viral that weekend: “I think the reason why it took off is because we were all so desperate for some light that day. It really hit me hard that people were so desperate for something to hold on to that day, and that we were the life raft they were choosing to hold on to. It really got to me.” 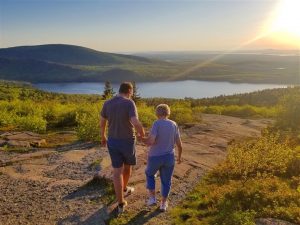 The post garnered almost 1,000 comments and more than 20,000 likes, with many people thanking Ryan for being a light in this dark world. One person said that the story had really touched their heart after all the darkness of that weekend. It’s really beautiful how Ryan and Joy’s journey inspired others and served as some light during a weekend filled with horror and grief. 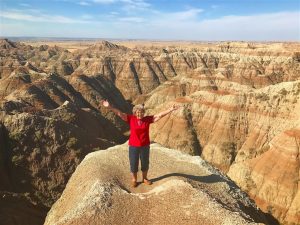 The two are still traveling – Ryan says that they will be visiting the remaining 20 National Parks in the continental US. Then there’s a new challenge – changing grandma Joy’s road trip into a plane ride, because she has always wanted to see Hawaii, and you bet Ryan is going to make sure that she does. 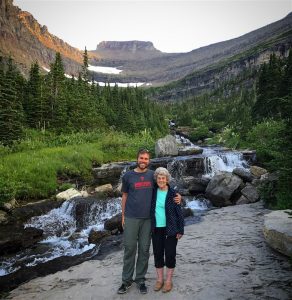 Ryan hopes that he and his grandmother’s trip will serve as an inspiration to others to know that you’re never too old to do what you’ve always wanted to do. “You’re never too old to pack in a lifetime of adventure if you have the drive and willpower to make it happen. Our story is proof that if you can open your heart and create a vision for your future, anything is possible,” Ryan says.

Ryan’s advice to others

Ryan also encourages those who are still lucky enough to have their grandparents around to give them a call and find out what they value most. He encourages people to ask them what they wish they could’ve done in their lives but never had the chance to – and then see how you can help to make those dreams come true. 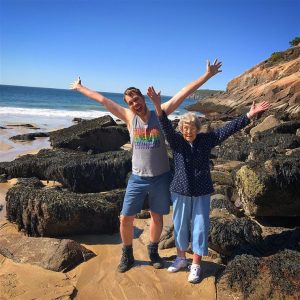 It is important not to forget about our elders, and that they have hopes and dreams too. Those don’t disappear once you get old. Helping your grandparents to live out some of their dreams is one of the most beautiful and rewarding things you could do in this life. Don’t let the opportunity pass you by to do something great for them.