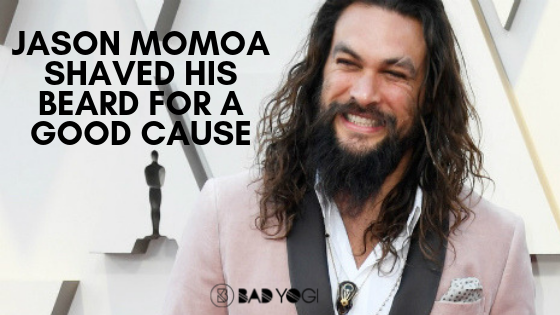 Jason Momoa Shaved Off His Beard For a Good Cause

Jason Momoa fans, brace yourselves! The actor has shaved off his signature beard after seven long years and he’s looking good. He didn’t do it for himself though, it’s for a much greater cause.

ABC News reports that Momoa, who is famous for his role as Khal Drogo on “Game of Thrones” and more recently his leading role in “Aquaman”, has shaven off his beard for a very good cause. If you loved him before, you’re about to love him even more, because as it turns out, he’s not just a very talented actor, but an advocate for the planet as well. 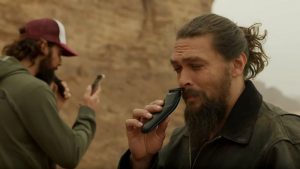 Shaving off his beard was obviously a big moment for Momoa, who made a video of the moment. He used the opportunity to tell fans the real reason behind doing it – it’s in order to raise awareness among people to switch to recyclable aluminum.

Momoa is saying no to plastic and yes to aluminum

It’s no secret that plastic is killing the planet, and Momoa wants people to take note and do something about it. In the video, he says that he thinks he has the solution to the plastic problem – we have to start recycling like crazy, and aluminum is perfect for that. It’s 100% recyclable and 75% of all aluminum that’s ever been used is still in circulation today. This means that you can drink a beverage out of an aluminum can today, and within 60 days, it’ll be back in circulation. It can be recycled over and over again. We don’t know about you, but it sounds like a very good solution. No more plastic that needs to be thrown away and ends up in the ocean. Aluminum for the win! 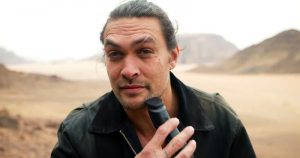 All the facial hair is gone, and we’re not complaining.
Image: YouTube screenshot

Momoa is using his platform to call for change. On his Instagram page, he urged his fans to take action to help save the planet. “It’s time to make a change. A change for the better…for my kids, your kids, the world. Let’s make a positive change for the health of our planet,” he wrote. He added that we should all start to make the switch to aluminum and that water should be sold in aluminum cans instead of plastic bottles. We wholeheartedly agree.

According to Ocean Crusaders, it is believed that there are 5.25 trillion pieces of plastic debris in the ocean. 269,000 tonnes of that is floating on the surface while there are about four billion plastic microfibers per square kilometer in the deep sea. It gets worse – every year, 6.4 million tonnes of plastic are dumped into the ocean and because of all the garbage floating around, there are 200 areas that scientists have declared as “dead zones”, which means that no organisms can grow there anymore.

We need to take action – now

It’s great to see famous actors like Momoa taking a proactive stance to help save the planet. The situation is dire and we’d be stupid to ignore it any longer. All of us can start to do our part to help save the ocean from plastic, no matter how small. If everyone in the world did something small to help, imagine the big difference we could make.