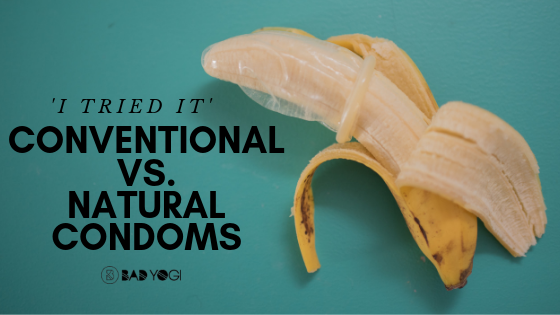 I Tried it: Conventional Brand Condoms vs. a Natural Condom

Let me preface this article by stating that I respect any woman’s decision to do whatever the hell she wants with her body. In that, I mean your choice of birth control is totally valid. I, however, refuse to take birth control pills/IUD’s/etc. either hormonal or non-hormonal. I don’t like sticking something inside my body (hell, I don’t even use tampons but that’s a story for a later date) and I work really hard to keep my hormones as regular as possible. I’ve done my research, I’ve spoken with my gynecologist, and birth control pills or IUD’s are just not for me. So, what does that leave me with? Condoms.

As I’ve said before, I’m not into sticking weird things inside me and for awhile I was using Trojan Ultra Thin condoms.

Despite the list of reviews for Trojan Ultra Thin condoms having a scary, overwhelming amount stating that they broke during sex, they also include two ingredients that are a bit scary for women. Petrochemicals and glycerin, which are both used in the making of lubricants surround the condom for most Trojan brand condoms.

For two reasons, this chemical is bad.

Glycerin, as a whole, isn’t too terrible for you. It’s used in many beauty products because of its ‘moisture locking properties’, which would make sense why it is used for lubrication of a condom. The biggest effect it has is effecting the PH balance inside your vagina which can change the odor and also lead to a yeast a infection.

I personally loved Trojan condoms, especially when it came to the Ultra Thin version available. However, the idea of the chemicals that I would continuously put inside of a pretty vulnerable area bothered the hell out of me – which is why I decided to make the switch. That coupled with the fact that the company that makes Trojan condoms, Church and Dwight, are notoriously known for testing their products on animals. Yeah, I waited until the very end to tell you that. Mind blown? It should be.

So let’s shift focus and talk about natural condoms now, shall we?

Glyde is an Australian based brand (so of course ZERO animal testing, because the Australians f*cking love animals)**

Glyde uses no chemicals, only natural based lubricants and are ‘vegan’ and ‘cruelty free’.

** I have no evidence to support this statement, but let’s just assume it’s true and not look it up.

I loved them! They also come in an ultra thin version, so I honestly couldn’t tell a difference and they felt great.

My complaints are that because they don’t use chemicals for their lubricants – they did tend to dry out faster. Also, because they are still made of latex they are not biodegradable; HOWEVER, the boxes and packaging are 100% recycled paperboard. I did still feel itchy afterward but that could be a latex allergy more than an allergy to the chemicals inside.

Trojan condoms (like many other condom brands) are packed with chemicals for their lubricants. They also test their products on animals. Glyde condoms do not use chemicals and only use natural products. They also DO NOT test on animals. However, Glyde and Trojan feel similar. While Trojan is the cheaper option, Glyde is the more natural option.

In a world that’s ever changing and with Abortion laws becoming stricter – we need a way to protect ourselves. Not only from diseases, but from unwanted pregnancy. Condoms are by far my favorite form of contraception. I feel far more at east having sex with a natural condom vs one with harmful chemicals.

You can purchase Glyde condoms on Amazon here. 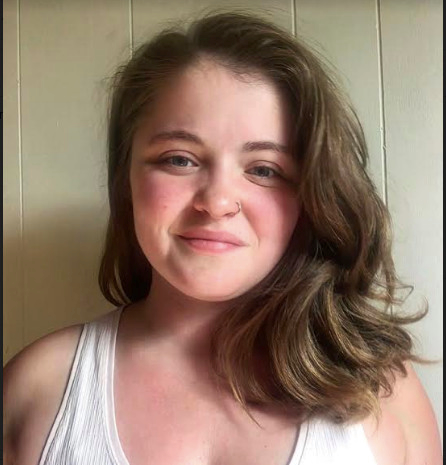 Kendell is the Bad Yogi community manager assistant. Originally from Indianapolis, IN she currently resides in Chicago, IL where she is in school (again). Kendell is an avid yogi and yoga teacher. She knows no strangers and will find any excuse to bring up her cat, Pancakes. Kendell loves: travelling, reading, a nice fire place, and learning new words. You can find her on Instagram at: kendell_likethejenner