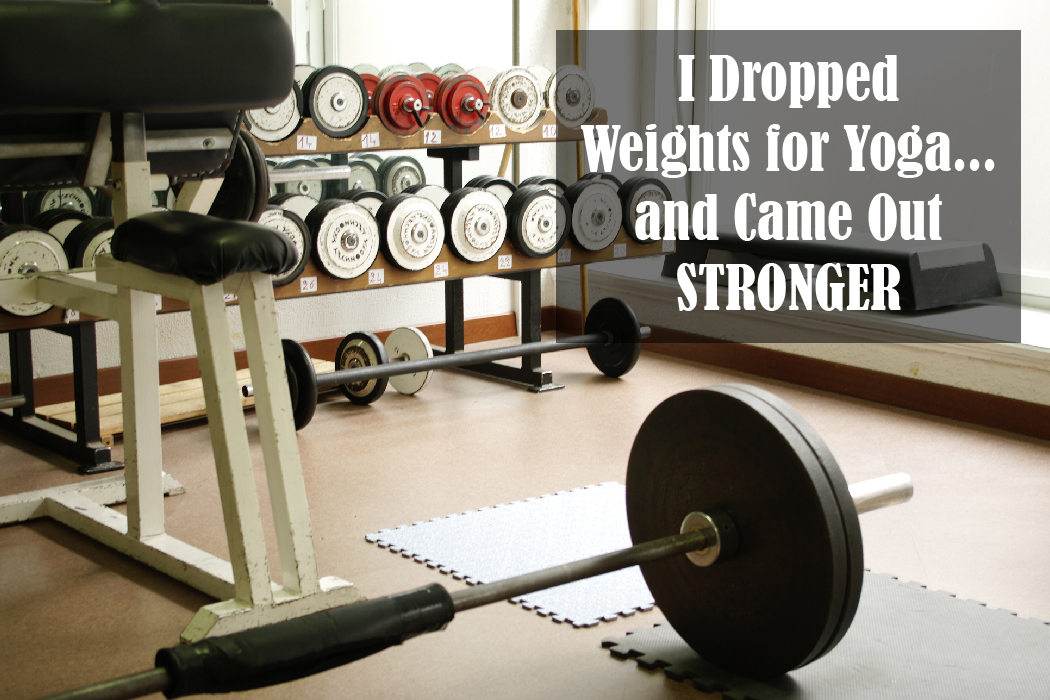 I Dropped Weights for Yoga… And Came Out Stronger

I have always enjoyed strength training more than any other exercise. I’ll even admit that I dabbled in the dark art of Crossfit for a time. I’ve always included yoga in my weekly routine… but mostly as stress relief or active rest; I’ve never considered it a workout unto itself.

Recently I had to drop my personal trainer for budget reasons, and I joined a yoga studio instead. The idea was I could lift and run on my own and it would be nice to have yoga classes, as I wasn’t comfortable leading my own practice.

I showed up for my first class feeling slightly superior in my lifter ways. “I am a strong, bad-ass chick among a sea of skinny bendy people,” was my mantra.

The class, Power 1, was hot yoga (which I had done before in a more meditative setting) but lowest on the heat scale of the classes they offered. It’s designed to ease you in to the way this studio worked.

Halfway through the class, I was sweating more than I ever had, and I felt like the weakest person in the studio! I had to take child’s pose for several minutes in the middle of a warrior flow. My legs were shaking, my core was not engaging, I couldn’t hold my side planks, and my fingers wouldn’t quite touch my toes in seated forward fold. I figured I must be getting sick.

Two days later, my obliques were still sore but I was back for another round of Power 1. I had to prove to myself that I was stronger than that last class made me feel (and look, because we all feel like we are being judged when we’re failing).

I started to realize that yoga may be harder than I thought (some times I’m a little slow). I was too sore to lift on my off days from yoga, so I committed to a routine of running and yoga to see where it took me. Two and a half months of yoga and running later later, it was time for my twice-annual Air Force Reserve Physical Fitness Test. The test consists of 3 areas: abdominal circumference (basically how skinny you are… don’t get me started), aerobic fitness (1 minute each of push-ups and sit-ups), and aerobic fitness (a 1.5 mile run). I have been taking this test for 5 years, and my push-ups and sit-ups are generally pretty similar. Push-ups: 30-35 and sit-ups: 35-40.

This test was different. First, my abdominal circumference was a full inch smaller than 6 months prior (I don’t diet so I hadn’t changed my eating habits). Second, my push-up and sit-up numbers had gone up! I did 38 push-ups and 45 sit-ups… that is crazy good, for me.

I firmly believe that yoga is responsible for my increased strength. In the months leading up to my test, I hadn’t done a single push-up or sit-up… just yoga and running. The full body strength required in each practice has unlocked something in my body I have never seen with weight training.

I have moved up to Power 2 (the highest level offered) and, while I still have to take a few breaths in child’s pose each class, I feel stronger and more empowered every time I get on my mat. I don’t even miss lifting… well maybe a little.

How has yoga made you physically, mentally, or emotionally stronger? 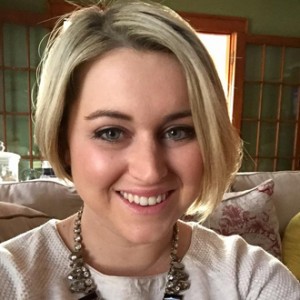 Cait Harte is a writer and amateur dog-petter living in Des Moines, Iowa. When not trying to master crow pose, she can be found watching Gilmore Girls re-runs and trying to get through a pot of tea before it goes cold.