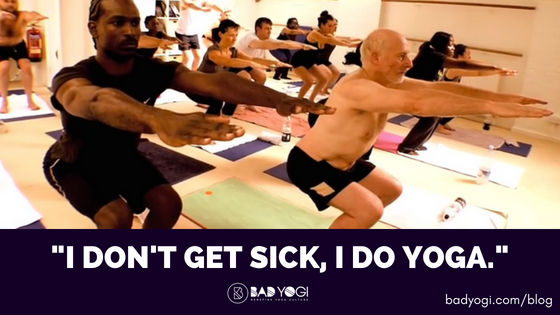 The title of this post is a direct quote from … me.

Now, I realize that saying/typing those words is an invitation to Karma to come smack me in the face with a nasty head cold.

But for today, I’m throwing caution to the wind. Why? Because I’ve recently celebrated by two year “yoga-versary” … I started practicing yoga in April of 2016. And it could just be coincidence, but I haven’t been sick with a cold/flu/whatever in the two years since.

It used to be that I could count on getting a bad cold every November. (Yes, even sunny southern California has “cold-and-flu season.”) But I’ve had two Novembers come and go with barely a sniffle.

I have two kids- a teen and a tween. I really wish I would have taken up yoga earlier in my life, when they were in preschool and kindergarten. As anyone with kids knows, those are the prime years for kids to bring home all kinds of germs. Slathering myself in Purell never seemed to do me any good back then, so I often wonder if a regular yoga practice would have protected me from their uncovered sneezes.

Just to tempt fate even more, I’ll take this a little further and note that I haven’t been injured while doing sporting activities over the past two years. Admittedly, I’m just a “weekend warrior” type, not a true athlete. But in the decade prior to starting yoga, I suffered broken ribs (twice) and a slipped disc in my neck. Since April 2016, I’ve been injury-free, even though I’ve stepped up my level of physical activity.

Maybe I’m boosting my immune system’s capability by moving and breathing more consciously. Perhaps yoga’s effect on my spine is helping me ward off injury. (An aside: one of my yoga teachers told me, “You have to take care of your spine. People with back problems aren’t usually on social media posting about how much they’re loving life.”) 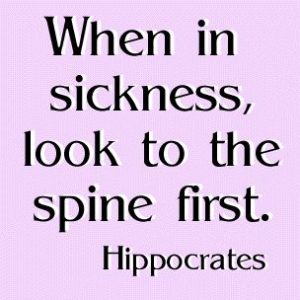 Or there could be something more subtle to it … I wish, prior to starting yoga, I’d taken a look at my chakras to have a “baseline measurement” (bet they all would have been blocked to some degree). I’ve talked about my chakras with some of my yoga friends, and from what they’ve told me, it sounds like my prana is flowing pretty nicely. Lucky me! Others can spend their entire lives trying to unblock, or balance, chakras.

And of course, yoga is fantastic for mitigating the unhealthy effects of stress. I’ve found I deal with stressful situations much better now that I know how to “breathe” my way through them.

In any case, while the physical/mental/spiritual benefits of yoga can be enormous and life-changing, even the “little” benefits (like avoiding colds) can make one’s day-to-day existence more enjoyable. And so even if I come down with something tomorrow, I’ll still be thrilled that I went two years without spending a day in bed surrounded by used Kleenexes and Vicks VapoRub. I firmly believe I have yoga to thank for that!

What (seemingly mundane but still kind of awesome) benefits has doing yoga brought to your life?