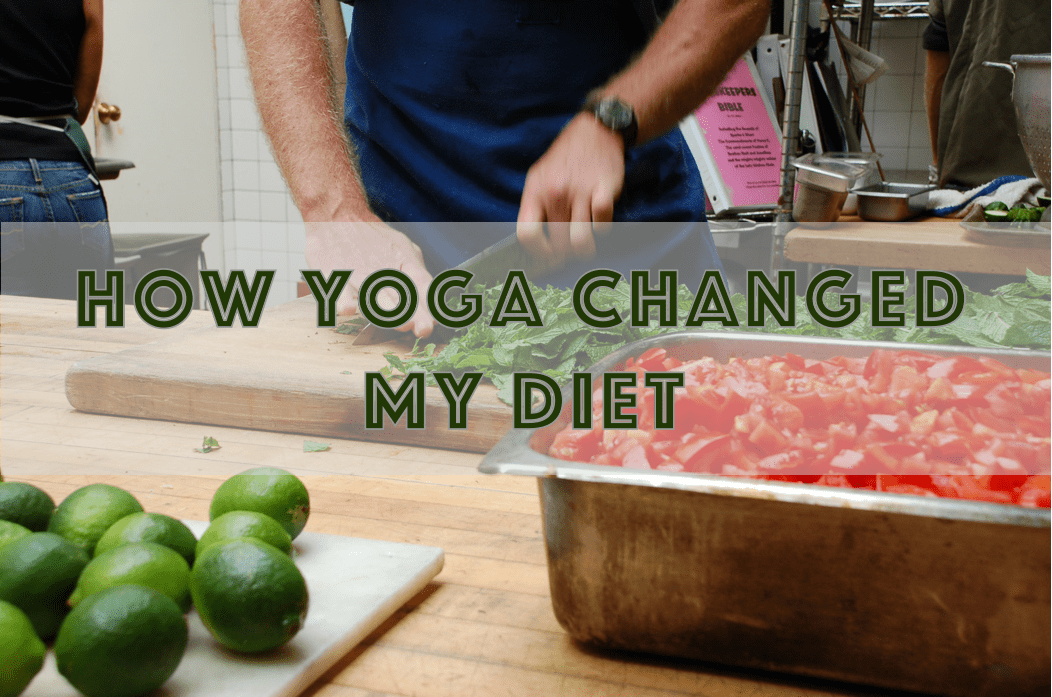 Food and Yoga: How Yoga Changed My Diet

Recently, the manager of the yoga studio where I’m a member told me, “You’re looking a lot thinner since you started your practice.” And it’s true. The scale doesn’t lie; I’ve dropped 10 pounds in just a few months. It’s been great to have my clothes get looser for a change!

The key to my weight loss is yoga, but not only for the reasons you’d expect. Yes, I’m burning off more of what I eat … AND I’m eating less to burn off. With yoga I’ve (finally) discovered an exercise routine I enjoy, and it’s one that’s inspired me to “exercise” some portion control in my diet. Basically, I don’t want to “ruin” or “cancel out” a fantastic yoga class by overeating.

It’s usually healthier to eat at home than to eat out because restaurant portions are so large. It’s less expensive to eat at home, too … and now that I’m paying for a monthly yoga studio membership, it makes good dietary AND financial sense for me to cut back a bit on restaurant visits.

Mentally, I’m sure there’s some endorphin release from doing sun salutations that’s reduced my need for “comfort food.” My wife used to have to tell me, “You should probably eat fewer potato chips … they’re just chips, not love.” Oh, and there was that time I was in a hurry to eat something before class and grabbed a fast-food bacon cheeseburger. It made for an unpleasant session … every time my teacher told us to “reverse your warrior” I thought I was going to reverse my stomach instead. Lesson learned: NO eating from the drive-thru on the way to the studio!

So what’s next for me – becoming a vegetarian or even a vegan? Truthfully, there’s zero chance of that. But practicing yoga three times a week has given me the strength to embrace my new mantra, “Namaste away from second helpings.”

How about you, yogis? Has your yoga practice affected the way you eat? Tell us in the comments!