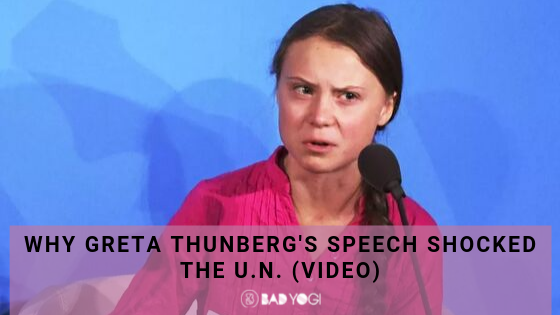 If you don’t know Greta Thunberg, you need to go do a Google search right now. This 16-year-old environmental activist seems to be the only person who is publicly serious about the repercussions of climate change at the moment. And let’s be honest, so far this year has proved to us that global warming is no longer a faraway threat – it’s here. It’s serious, and it’s causing crazy weather patterns that’s beyond our control. The worst part is that very few countries are doing everything they can to stop it from getting worse, and that’s where Thunberg comes in.

Thunberg, who traveled to the United States all the way from Sweden on a zero-emission sailboat, did something that few have done before her at Monday’s United Nations Climate Action Summit – she told it like it is. She didn’t hold back – she told all the world leaders present that they are stealing her generation’s future, and we can’t disagree.

Thunberg’s powerful speech left many, well, speechless. NBC News reports that she was bold and frank, saying, “I shouldn’t be up here. I should be back at school on the other side of the ocean. Yet you all come to us young people for hope. How dare you! You have stolen my dreams and my childhood with your empty words.”

Living in a fairytale world

We should really take a long, hard look at ourselves at this stage. Why does a 16-year-old have to do all this for us to sit up and pay attention? We should be protecting them, not the other way around. Thunberg made it clear that we are all living in a fairytale world and need a serious wake-up call. She had some harsh words for the members of the U.N., saying that they care more about money and “fairytales of eternal economic growth” instead of focusing on the fact that ecosystems are collapsing which, in turn, is leading to mass extinction. She also touched on the subject of leaders being ignorant about how climate change is affecting people.

“You say you hear us and that you understand the urgency, but no matter how sad and angry I am, I do not want to believe that because if you really understood the situation and still kept on failing to act, then you would be evil, and that I refuse to believe,” Thunberg said. 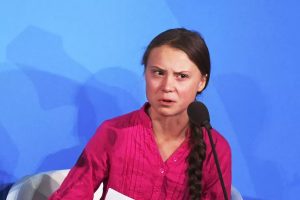 She also addressed the issue of cutting emissions by 50 percent in 10 years, basically calling this “popular idea” nonsense. Cutting emissions by 50 percent would only result in a 50 percent chance of keeping the warming trend below the 1.5 degree Celsius threshold. According to Thunberg, this is not nearly enough. The percentage needs to be higher, because if we fail to keep the warming trend below that temperature, the results would be catastrophic. She added that “a 50 percent risk is simply not acceptable to us — we who have to live with the consequences.”

She also touched on the earth’s remaining CO2 budget, which is looking pretty dire. She cited a report from the Intergovernmental Panel on Climate Change that said that “the planet has experienced a more than 70 gigaton deficit in the earth’s remaining CO2 budget since January 2018.” She then slammed the leaders of the United Nations once more, saying that they aren’t suggesting any revolutionary plans to reduce emissions because they simply aren’t “mature enough to tell it like it is.” She added, “You are failing us, but young people are starting to understand your betrayal. The eyes of all future generations are upon you and if you choose to fail us, I say we will never forgive you.”

President Trump, who briefly attended the summit in mid-session, only to leave a few moments later to attend a meeting on religious freedom, tweeted a reply to Thunberg’s speech on Monday night, making it clear that he doesn’t take her seriously.

She seems like a very happy young girl looking forward to a bright and wonderful future. So nice to see! https://t.co/1tQG6QcVKO

Luckily, According to BBC News, other world leaders seemed to have had the opposite reaction. More than 60 nations announced that they will be working on plans to make sure greenhouse gasses are reduced to virtually zero. A similar number promised to boost their climate change ambitions by next year. In even more good news, the EU, China, and India promised to have tougher carbon-curbing plans in 2020.

Finland is ahead of everyone, aiming to become the first industrialized nation to absorb more carbon than it emits. Pakistan has pledged to add 10 billion trees in the next five years to the billion it has planted in the past five years. Greece addressed an issue we’re all too familiar with – single-use plastics. Its leaders pledged to ban these by 2021 and promised that by 2028, it will phase out its use of the dirtiest coal. 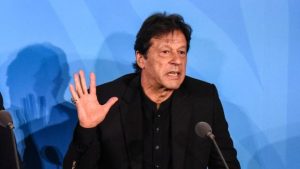 Thunberg’s speech also led to reactions from climate change organizations. The charity ActionAid’s spokesperson, Harjeet Sing, seemed to share Thunberg’s views on the current state of affairs: “This summit was supposed to be a turning point. But we have seen an exceptional lack of commitment from the biggest and richest polluting countries that continue to take trivial measures toward solving a life-or-death crisis.”

The head of Greenpeace International, Jennifer Morgan, expressed her disappointment in world leaders, saying that they did not deliver what was needed at the summit. Kate Hampton from the Children’s Investment Fund Foundation asked an important question: “If we can’t massively accelerate the many solutions available to us now… then what are we doing, really?”

What are we doing?

Yes, what are we doing? Not enough, clearly. We all have to remember that there is power in numbers. Once we all start to stand up to our governments and demand change, we might actually get somewhere. That’s what Thunberg did at age 15 when she held her first climate strike outside the Swedish parliament. This strike inspired hundreds more around the globe. Her leap of faith and determination also landed Thunberg the opportunity to speak before numerous international bodies, including the World Economic Forum. At this gathering she was as frank as ever, telling world leaders how they should be reacting to climate change: “I don’t want you to be hopeful. I want you to panic. I want you to feel the fear I feel every day. And then I want you to act.” 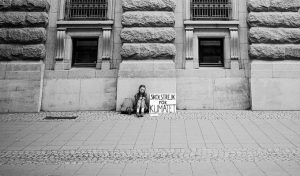 Thunberg first took a stand in her home country before garnering international attention with her call for change.
Image: Louise Macdonald on Twitter @Louisemac

Flash forward a year later, and Thunberg led 150 countries in a youth-led Global Climate Strike that took place on September 20. Millions of people around the world demanding authorities to take action made headlines. Thunberg was leading the march in New York, where she told the thousands that had gathered for the strike that “this is an emergency. Our house is on fire.” 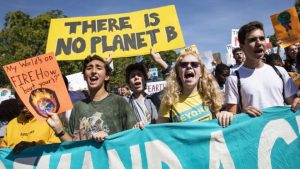 Thunberg has inspired millions of people to stand up to their governments on climate change.
Image: Getty Images

You CAN make a change

Let that sink in for a moment, and remember that you have the power to make small changes to your daily life to help reduce the impact you have on climate change. Stop telling yourself that “just you” won’t make a change. If every single person in the world tells themselves that, we’re lost for good. But imagine if every single one of us decided that we can do something to make a positive impact, no matter how small. Imagine the things we could achieve…

What small changes are you making to reduce your carbon footprint? Share some ideas and life hacks in the comments.