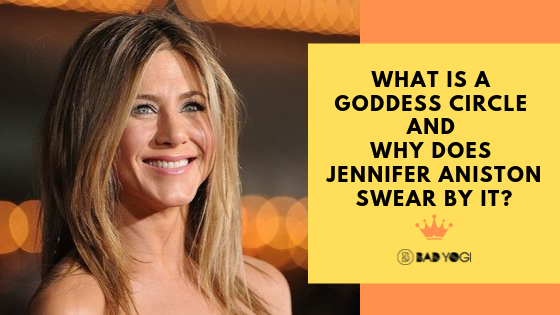 What is a Goddess Circle and Why Does Jennifer Aniston Swear by It?

Have you ever heard of a goddess circle? It sounds pretty fierce, and if you dive into this practice, you might end up becoming just as fierce as the name sounds. Jennifer Aniston, who recently turned 50 (can you even believe it?), revealed that she and her friends indulge in this practice regularly. But is it worth the hype? We’ve got all the answers to your burning questions.

According to CNBC, Aniston has had gatherings with her closest friends for three decades now. These gatherings weren’t your everyday wine and pizza evenings – they came together to set their goals during a goddess circle ritual. While this might sound a bit bonkers, Aniston said that everything she has reached so far in life had once been an intention she set at those rituals. If we didn’t have your attention already, we bet we have it now. 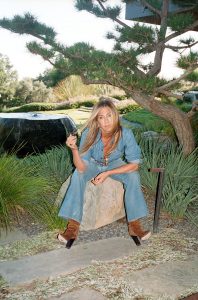 Jennifer Aniston says that having a goddess circle with her friends is one of the reasons for her success.
Image: Sandy Kim for The New York Times

What is a goddess circle?

Before we dig deeper, let’s clarify what exactly a goddess circle is. It’s described as a group of women who gather cross-legged on cushions and then proceed to pass around “a beechwood talking stick decorated with feathers and charms.” It’s a way for women to get in touch with their feminine energy and bond with each other. It’s also said to promote spiritual growth. So, basically this is a space where women get to connect with each other and share their intentions and goals in a safe space. Syma Kharal, who is a female spiritual coach, describes the ritual as follows: “The intention of a circle is to have a nurturing, non-judgemental place where women can be vulnerable and support each other while also enjoying fun and spiritual rituals together.” 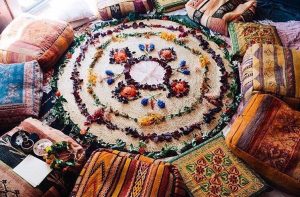 What happens during this practice?

According to Kharal, goddess circles are usually led by a facilitator who provides guidelines. The ritual typically starts off with an opening ceremony – this can consist of prayer, meditation or affirmations that set the tone for the proceedings of the circle. After the ritual is complete, a closing ceremony follows where the circle is sealed and released. These rituals can take between two to four hours to complete. You can even attend these like you would a yoga class, but be willing to pay at least $50 per session. Yeah, it ain’t cheap, but it might be worth it. Aniston most certainly thinks so. 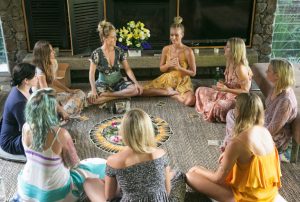 How Aniston has made the practice a part of her life

Speaking to Shape about this sacred ritual she and her friends love to indulge in, Aniston revealed that the last time they all got together for a goddess circle was when she turned 50. They only perform this ritual when something big or life-changing is happening in their lives. For Aniston, there has been quite a few. She said that she and her friends got together for a goddess circle before her respective weddings to Brad Pitt and Justin Theroux and even when she had to put down her dog, Dolly. The most recent gathering didn’t just celebrate her age, but also served as an opportunity to embrace where she is at in life and how far she and her friends have come.

Experts actually back the benefits of this practice

Many experts back what Aniston has experienced from taking part in a goddess circle. Andrea Gottlieb, PH.D., who is a psychologist at Sheppard Pratt Health System, says that setting intentions is like providing yourself with a compass that will guide you through life. She adds that just thinking about your intentions won’t do the trick – you need to write them down. “Many people probably do this in their head all the time, but sitting down to write this out makes you more likely to follow through. Intention-setting can help people be more present—more mindful—in their day-to-day lives.” 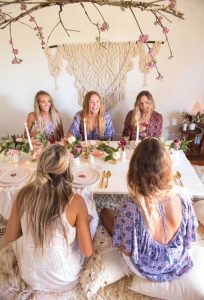 That’s not all, Michael Genovese, M.D., J.D., a psychiatrist and chief medical officer of Acadia Healthcare, says that while it’s great to write down your intentions, sharing them with others is what’ll really make them stick, just like Aniston and her friends does with their goddess circle. “By letting others in on what you’re setting out to achieve, you may find an accountability partner, motivator, or cheerleader within your circle of influence—all hugely important support roles you’ll need on your journey to success.”

Being part of a goddess circle for 30 years

Aniston can’t talk enough about how amazing this ritual is, and we’re starting to agree with her. Hey, even the experts are backing it up and that is saying something. Aniston told Shape that since her latest goddess circle ritual, she feels like she’s in a great place in both her career and personal life. She told the New York Times that she feels she’s entering the best part of her life yet: “I’m entering into what I feel is one of the most creatively fulfilling periods of my life. I’ve been doing this for 30 years and I feel like it’s just about to really bloom.” 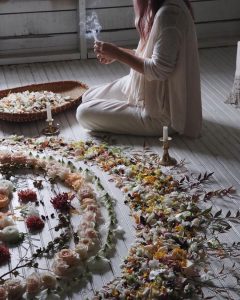 Are you ready to try it?

If it works for Jennifer Aniston, it might very well work for you. There’s no harm in trying this ritual. It’s a great way to get together with your friends and spend some time setting intentions and goals. With the new year looming on the horizon, now might not be a bad time to pick up the habit. Who knows what kind of amazing things could happen once you really start to set intentions for yourself and share them with others who will keep you accountable?

Over to you: Have you ever tried the goddess circle ritual? What’s it like? Share your thoughts in the comments.