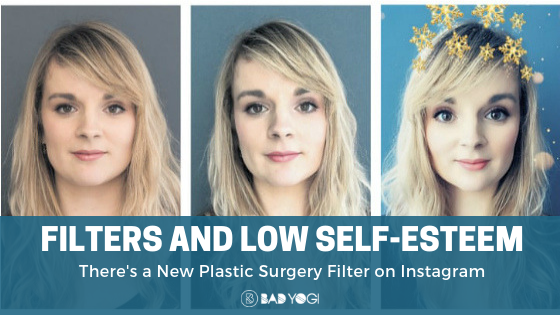 There’s no arguing that since its launch in 2010, Instagram has grown exponentially – from just being a platform where you can post your best selfies and market your brand, Instagram has grown to become a major social media platform that allows you to do live videos, post stories, and, of course, use awesome filters. A brand new filter launched just a few days ago, called “Fix Me”, which draws lines on your face the way a plastic surgeon would. Weird? Perhaps. Unexpected? Definitely not.

Quite recently, Instagram started allowing its users to create their own filters, and people who want to make use of those filters need to follow the people who created them in order to have access to it. This means that a lot of aspiring designers get the chance to put some of their work out there and build up their following. The “Fix Me” filter, which was created by Instagram user Daniel Mooney, basically draws lines on your face the way a plastic surgeon would for surgery. Mooney posted a picture of himself with the new filter and captioned it: “Fix me filter just out – come live your plastic surgery fantasy.”

This is a bit different from the typical filter that usually aims to erase every imperfection you might have or make you look like an entirely different person. Instead, it points out the common “imperfections” and how they need to be “fixed”. There are words like “lift” and “fill” written within some of the lines pointing out “problem areas”. Just a disclaimer: the filter looks the same on everyone, it doesn’t point out your imperfections.

Are these filters good for our self-esteem?

Whether this is actually a good filter to have is questionable, depending on how you look at it. You can either see it as a filter that allows people to show their “imperfections” or it can be seen as an addition to all the filters that make you more aware of your imperfections, even though they are “hiding” it. This filter doesn’t hide anything, but by showing people the lines plastic surgeons usually draw might cause some to feel even more insecure.

The latter theory is not as far fetched as you might think. According to The Guardian, there is something called selfie dysmorphia, and it’s a real thing. Also referred to as “Snapchat Dysmorphia”, a term coined by cosmetic doctor Tijion Esho, it refers to people who become so obsessed with how “perfect” they look in filtered pictures of themselves that they seek out cosmetic surgery to make them look exactly like it. 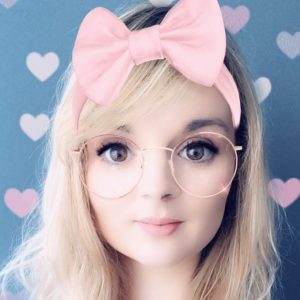 A growing number of people want to look exactly like the filtered versions of themselves.
Image: Elle Hunt for the Guardian

Esho said that he had noticed a significant increase in patients who, instead of bringing him pictures of celebrities who have the ideal jaw or nose, started to point to pictures of their filtered selves instead. Esho says that some even brought him filtered pictures with large eyes and pixel-perfect skin, which is just unrealistic, no one can actually look like that, but it seems that the new generation’s idea of what is actually “normal” is seriously distorted – and it’s not a good thing. 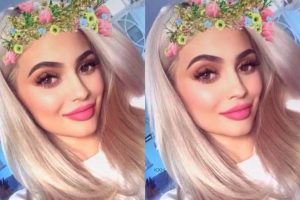 Kylie Jenner’s full lips became quite popular, and she also launched her own filter on Instagram.
Image: Kylie Jenner Instagram

Blurring the line between real and fictional “beauty”

A recent report in the US medical journal JAMA Facial Plastic Surgery seemed to show that filtered images are starting to blur the line between reality and fantasy. Not knowing where that line is can lead to a mental health condition called body dysmorphic disorder (BDD) – the disorder applies to people who are obsessed with imaginary imperfections in their appearance. 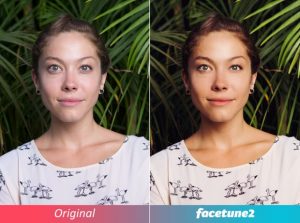 Facetune, a very popular app from Apple, allows you to alter your appearance and erase imperfections.
Image: Facetune

It’s no wonder that this is a growing problem. A 2017 study in the journal Cognitive Research: Principles and Implications, found that even though we’re all aware of the filters that are out there, people are actually really bad at recognizing them online. The study found that people only recognize manipulated images 60%-65% of the time. According to Esho, the widespread airbrushing on social media is a major culprit when it comes to creating unrealistic expectations of what is real and normal. It also adds to the lower self-esteem of those who give filters a pass. Filters seem to be creating a vicious cycle, and in the age of today, we really aren’t in need of any more shenanigans that make people feel bad about themselves.

More and more people want to look like their filtered selves

According to the Independent, BDD is affecting one in every 50 people, and the numbers are growing as more and more people aspire to look like their filtered selves in real life. A survey done by plastic surgeons in 2017 showed that 55% of them have had patients who wanted to improve their appearances in selfies. This is a dramatic rise from the 13% that wanted to do so in 2013. Plastic surgeons also reported that they had experienced an increase in patients wanting to undergo plastic surgery that is still younger than 30. 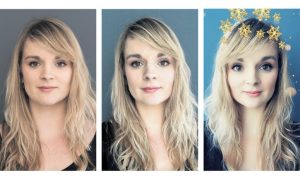 Filters provide people with endless options to change their appearance, but it’s starting to be harmful to social media users’ mental health.
Image: The Guardian

Dr. Neelam Vashi, who is the director of the Boston University Cosmetic and Laser Centre, says that patients who suffer from BDD should preferably not undergo any surgery, because it can only worsen their condition. They need to seek psychological help, like cognitive behavioral therapy.

“Filtered selfies can make people lose touch with reality, creating the expectation we are supposed to look perfectly primped all the time. This can be especially harmful for teens and those with BDD, and it is important for providers to understand the implications of social media on body image to better treat and counsel our patients.”

Is the “Fix Me” filter another culprit?

Back to the real question: is the new “Fix Me” filter a good or a bad thing? Well, the name itself is probably not very uplifting, especially not for those who already suffer from BDD or low self-esteem. Filters were created to have fun with – we started off with dog and cat ears, which were probably fine. Perhaps we should’ve just stuck to that, because it seems that social media keeps inventing new ways for people to find “imperfections” they hadn’t even known were there in the first place.

There’s nothing wrong with having some fun with all the filters out there, but it’s important to remember what is real and what is pure filter fiction. It’s also important to remember that perfection is an illusion. We all look different, we all have parts of ourselves we’d like to change, but self-acceptance will take you much further than a filter and plastic surgery.

What do you think about the “Fix Me” filter? Drop your thoughts in the comments.