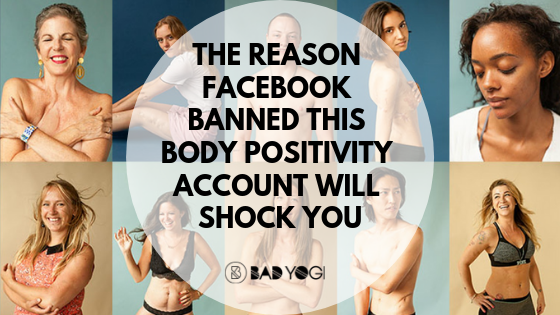 In a world full of magazines filled with skinny, photoshopped-to-perfection models, it’s hard to feel like you belong when your body isn’t as “perfect” as the world wants it to be. We all have scars, stretch marks, and cellulite. Just because it’s not shown on the covers of magazines doesn’t make it any less real or normal. Photographer Sophie Mayanne wanted to give people who don’t make it to the covers of magazines a voice and help those who feel like they’re not represented some hope. 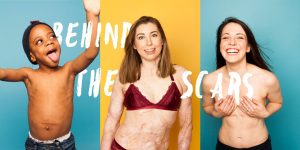 There’s no arguing that Mayanne had a good plan and the best of intentions, and it worked great, until Facebook decided that people’s scars aren’t good viewing material and banned her account. Now that’s enough to make anyone mad.

According to Health, Mayanne’s Facebook page, called Behind The Scars, was a project she started back in 2017. The aim was to showcase men and women who have what some might call disfigurements. Mayanne featured all of them – from people who have scars from burned skin, to missing digits and limbs, to those who sported big scars from undergoing major surgery. She left no one out – she allowed these people to feel beautiful and confident again, regardless of their imperfections and scars. She wanted them to celebrate the skin they’re in, and all the challenges they had to overcome to get to where they are today. Her main goal with all of this was not only to help these people believe that they are beautiful again, but to encourage others to embrace themselves too.

Back in 2017, Mayanne’s goal with the shoots was to challenge the cultural assumption that scars need to be hidden, and she’s still working on reaching it to this day. Unfortunately, Facebook isn’t making matters any easier.

After almost two years of doing these shoots and photographing more than 450 people for the project, Mayanne ran into a bit of a wall two weeks ago when she got a notification from Facebook that informed her that her page had been disabled. This doesn’t really make sense since Mayanne hadn’t stepped over any lines. Facebook’s terms of service state that users are not allowed to post content that shows “imagery of violence”, “images of explicit sexual intercourse”, or “videos that show acts of torture”. None of Mayanne’s photographs fit into any of the abovementioned categories. So why was her account disabled and her pictures removed?

Social media is sending a pretty clear and terrible message

According to Mayanne, the social media giant sent a clear message by disabling her account – it basically said that the scars life leaves on the human body are not fit to be seen, and shouldn’t be allowed in the public eye. They basically said that normal human scars fall under the same off-limit categories described above and should be censored. Mayanne told Health: “Facebook is basically saying that these bodies shouldn’t be seen. For many of the people who’ve been photographed, being in those images was the first time they fully felt comfortable showing their scars. So to then have that removed, it’s taking away that moment where they felt proud, they felt empowered.”

Mayanne added that she’d never had problems with Facebook in the past. There were no warnings before they disabled her account – it happened completely out of the blue. The message stated that her accounts were considered as “ineligible to use the platform” and that’s why they have been disabled.

Mayanne feels that the whole thing was unjustified. She made sure to follow Facebook’s guidelines when it came to posting photos. The only time she ever posted photos featuring nudity was when she did shoots of women showing off their post-mastectomy scars – and Facebook’s policy actually allows for this. In its guidelines, it states that Facebook will allow content that creates awareness of an issue or is used for educational or medical purposes. Mayanne’s Behind The Scars project definitely falls under that category. So, again, there was no good reason to disable her account.

Facebook used to be a great tool for the project

The irony in all this is that Mayanne reached most of her clients through Facebook – it was an amazing platform to reach people who would be willing to take part in the shoots. Facebook is what helped her to grow the project and reach people who needed it most, helping them to see that they are not alone in the world, that there are other people out there who bear the same scars they do.

Big brands like Girlgaze, Dove, and Mothercare UK also noticed her work and collaborated with her on some projects. Mayanne was even invited to give a TEDx talk about her work at a university in Amsterdam. Clearly, her work had a big impact on a lot of people. That’s proof that people out there are ready to challenge society’s standards – and that, at least, is a start.

Mayanne photographed many different people with various scars – some got their scars from self-harm, while others got theirs from undergoing surgery. Then there were also those who bore scars from emergency cesarean sections, mastectomies, and even amputations. Mayanne says that many of the people she photographed did it because they knew what it was like to feel alone. “Many of the people I photograph say they want to participate because they never saw a photograph of someone who looked like them growing up.”

Behind The Scars’ mission statement

Mayanne is more motivated than ever

One would think that Mayanne would be more than a bit gutted that Facebook disabled her account, but she’s actually using it as motivation to keep going. The fact that images portraying real, normal, scarred bodies are seen as unacceptable means that there is still a ton of work to be done – and Mayanne knows this. She is not discouraged though, she’s excited to keep going. According to her, she’s just scratched the surface, and she can’t wait to dig deeper and help create some much-needed change.