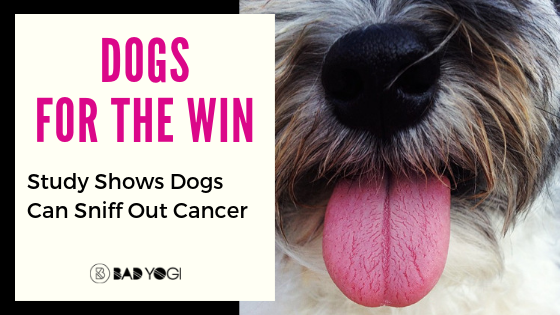 Dogs For the Win: Study Shows Dogs Can Sniff Out Cancer

A new study has given us yet another reason to love dogs. It’s not like we needed any more reasons, but this is pretty cool – in fact, it’s life-saving. Thanks to dogs’ amazing sense of smell, they might now be able to sniff out cancer. How cool is that?

Dogs are really good at sniffing

Futurism reports that Florida’s BioScentDx has presented a study of canine cancer detection at Experimental Biology, a life sciences and biomedical research conference. The study used four beagles and trained them to sniff out cancer in humans by using a behavioral technique called “clicker training”. This training taught the dogs to sniff out the difference between healthy blood samples and those that were taken from patients with malignant lung cancer.

Three out of the four dogs got it right. The fourth one, named Snuggles, was “unmotivated to perform”. Snuggles probably just wanted to snuggle, not sniff, and who can blame him? When we see dogs all we want to do is snuggle with them too. But jokes aside, the other three averaged a 96.7 percent accuracy at identifying the lung cancer samples. They scored a whopping 97.5 percent accuracy at spotting the healthy samples. We always knew dogs were smart, but gee, sniffing out cancer is setting a new record in the smart department. Humans could never be that smart.

Dogs are currently doing a better job than technology

Let’s take a moment to appreciate how cool this really is. Identifying cancer with just one whiff? That’s better than any technology we currently have at our disposal. According to USA Today, dogs can sniff out cancer because they have cell receptors in their noses that are about 10,000 times more accurate than a human’s. Yeah, we do pale in comparison to man’s best friend, there’s no denying that. We won’t even try to compete. We know we’re going to lose. 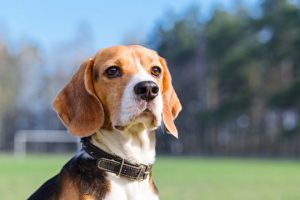 Dogs are even cooler than we gave them credit for – sniffing out cancer is no small feat.
Image: SVPhilon, Getty Images/iStockphoto

Researcher Heather Junqueira says that these pups’ superpower to detect cancer could be used in two ways. The first is using their scent detection as a screening method for cancers. The second is determining the biologic compounds the dogs detect and then using those compounds to design cancer screening tests.  Having a highly sensitive test available to detect cancer could help doctors to save thousands of lives and this new research could change the way the disease is treated.

Sniffing for the win!

We’re always happy to hear about new discoveries and advancements concerning cancer and now that we have dogs in the mix (in a totally cruelty-free way), it can only get better. Hopefully, scientists will find a cure in the near future. For now, we’re happy to look at our dogs and know that they’re even cooler than we originally thought. They really do deserve all the cuddles and snuggles in the world.