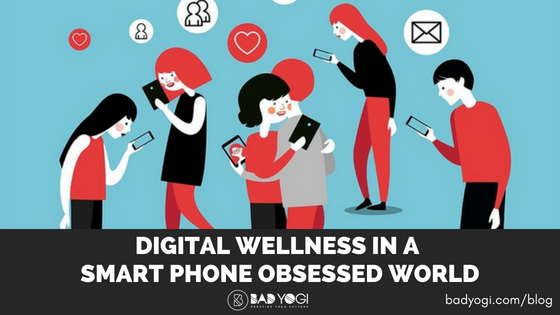 Here are some quick stats about how we’re using our phones, according to Pew Research Center: 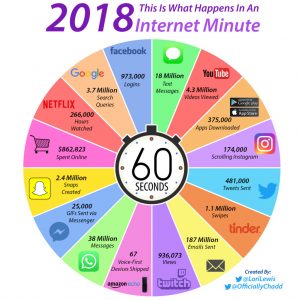 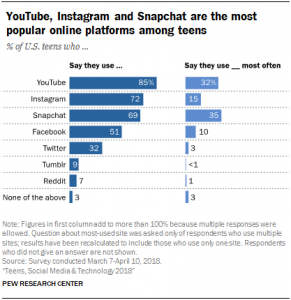 In an effort to combat smart phone overuse, Apple unveiled a new set of digital wellness features to enable users to curb screen time, at the Worldwide Developer Conference on June 4. The features will launch with iOS 12 software for iPhone and iPad. Here are some of the ways Apple plans to help manage screen time:

Observe how much time you’re spending on your phone

Data nerds, rejoice! The new update will have a ‘Screen Time’ section which will reveal how many hours you’ve actually spent on your phone in the form of daily and weekly activity reports. The reports will be broken down into where you’ve spent most of your time, whether it be games, entertainment or social media. 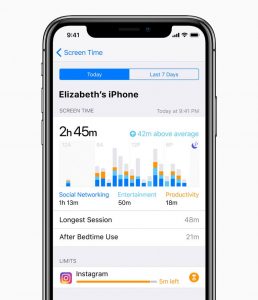 Users will be able to both monitor how time spent on specific apps, but also set time limits for how long apps can be used per day.

If notifications become a distraction to you, you’ll now be able to turn notifications off or have them delivered straight to the Notification Center.

Another option in controlling notifications – the ability to group notifications together. For example, if you get text messages from four different users, they’ll be lumped under one notification than four separate ones.

There is also an option for ‘Downtime’ which will allow you to allocate a period of time where notifications won’t appear on the screen. This can be useful during class, meetings, or sleeping hours if you’re a midnight scroller.

The ‘Do Not Disturb’ function already exists on iPhones, but Apple touts “enhancements” to the tool. ‘Do Not Disturb’ will dim the display lighting and hide all notifications on the lock screen until the phone is used the next morning. The user can manage specific periods of time, or even locations, when notifications will be displayed in the main Notification Center.

WHAT DO WE DO ABOUT OUR ADDICTIONS TO OUR PHONES?

Is the solution that we simply succumb to the fact that our smart phones are beginning to physically fuse to our hands? Not so fast! Here are some ways that we can combat digital dependence, or at least control it to be manageable for our personal lives:

Visualize, and then put into plan, what you’re going to do with your increased free time

Set up a text auto-responder