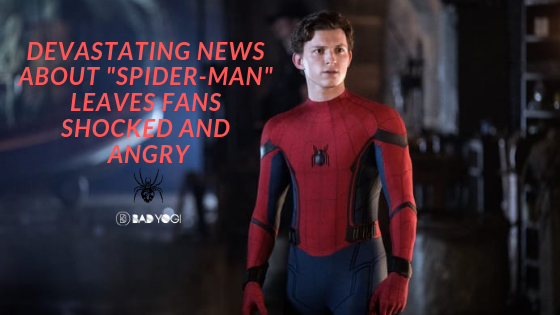 Spider-Man fans are upset. Like, really upset. And with good reason. If you’re starting to break out in a cold sweat wondering what it’s all about – yeah, it’s bad. So get your tissues and make sure you’re ready to feel some feelings, because what we’re about to tell you isn’t good news.

To all those gathered here, we regret to tell you that Spider-Man is leaving the Marvel Cinematic Universe (MCU). Yes. That’s right. This is not a joke. This is very real. Heartbreaking, but real. If you’re shouting “no” on repeat in your head right now, you’re not alone. So how the hell did this tragedy come to pass? Well folks, as with all things out there, it’s all about the money.

Yeah, this is all of our faces right now.
Image: Marvel/Sony/Disney

What does this mean?

BuzzFeed confirmed this devastating news, saying that Marvel Studios is parting ways with Sony Pictures’ Spider-Man franchise. This means that Peter Parker played by Tom Holland will be completely removed from the MCU. Yeah, to quote BuzzFeed, they are “separating [what is] arguably the most iconic Marvel Comics superhero from the most successful superhero franchise of all time.” Yeah, yeah they did that and our hearts are broken.

So, where did it all go wrong? Well, Sony Pictures has been the owner of the rights to Spider-Man for decades. The films did great in the 2000’s, with all three nearly grossing $2.5 billion worldwide. But then they did a reboot that was released in 2012 and 2014, and it basically sucked, because it didn’t do nearly as well and was seen as a critical and commercial disappointment. Let’s be honest, reboots can be great, but they’re not always a good idea and always a great risk. People already have high expectations, and if the film doesn’t meet those expectations, word spreads pretty fast and soon nobody wants to waste their time watching it. It’s sad, but true, and this seems to have been the case with the Spider-Man reboot. 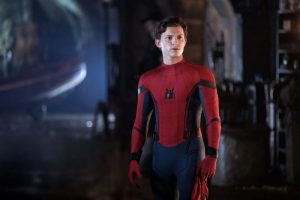 Spider-Man fans around the world have been shocked by the news.
Image: Marvel/Sony/Disney

After the reboot’s failure, Sony looked for help, and entered into an unprecedented agreement with the Disney-owned Marvel Studios in 2015. This meant that they shared the Spider-Man character. For Disney, this was great – it could now use Tom Holland’s version of Spider-Man in its Marvel Studio Movies – and it did. Tom Holland’s Spider-Man made it into 2016’s Captain America: Civil War, 2018’s Avengers: Infinity War, and this year’s Avengers: Endgame. Sony also had the privilege of having its Spider-Man movies produced by Marvel Studios chief Kevin Feige. These films were integrated within the MCU – 2017’s Spider-Man: Homecoming and this year’s Spider-Man: Far From Home. But now all that is over.

How did this tragedy come to pass?

The trouble started with Disney and Sony not sharing much (if any) box office grosses that came in from the use of the Spider-Man character. Sony was doing really well with the character – Far From Home actually surpassed Skyfall as the highest-grossing film that’s ever been made by Sony Pictures with $1.1 billion. It also happened to be the only film that did this well globally this year that wasn’t released by Disney. So, either Disney didn’t get enough money out of the deal, or it wasn’t happy with the fact that it got beat by its partner in crime. We’ll probably never know. 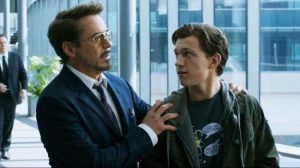 Fans aren’t sure whether there will be another awesome “Spider-Man” film after this split.
Image: Marvel/Sony/Disney

What we do know is that, according to Deadline, Disney said that it wanted to co-finance future Spider-Man movies 50/50 with Sony Pictures. This, of course, also meant that the profit would be split the same way. Sony didn’t want to share, so Disney decided to take away what they gave, which includes removing Kevin Feige and Marvel Studios as producers of Sony’s future Spider-Man films. And for good measure, they also kicked the character out of the MCU. Great.

Sony has released a statement

In a statement on Tuesday night, Sony expressed its disappointment with Disney’s decision and added that the discussions surrounding Feige’s continued role as producer of the films had been “mischaracterized.” The studio released a statement on Twitter regarding the split and the fact that Feige will no longer be producing future Spider-Man films.

“We are disappointed, but respect Disney’s decision not to have him continue as a lead producer of our next live-action Spider-Man film. We hope this might change in the future, but understand that the many new responsibilities that Disney has given him – including all their newly added Marvel properties – do not allow time for him to work on IP they do not own. Kevin is terrific and we are grateful for his help and guidance and appreciate the path he has helped put us on, which we will continue.”

Fans were, of course, shocked by the news, and took to Twitter to voice their unhappiness about the decision.

tom holland when he finds out he has to be in a sony made spider-man movie pic.twitter.com/a0n3VedJeW

tony stark realizing he wasted his life on spiderman for nothing pic.twitter.com/aH9ujffYwJ

Tom Holland after he hears the news about #SpiderMan Disney and Sony : pic.twitter.com/DOJ2z7dyNy

me never watching another marvel movie ever again because tom holland’s spider-man won’t be in any of them so what’s the fucking point pic.twitter.com/obunj2KPVs

Some of the reactions were pretty hilarious.

marvel after sony comes crawling back after realizing why spider-man movies had so much success pic.twitter.com/7u0cOisIDs

Spider-Man stans walking down to Sony Studios to burn down the building pic.twitter.com/oP5vwo8TWn

WE STORM SONY PICTURES AT DAWN

When you see that Marvel and Sony have cut ties… #SpiderMan pic.twitter.com/6SxOrvtuO2

Even Holland’s costar Jeremy Renner couldn’t resist posting something about the whole affair.

Hey @sonypictures we want Spider-Man back to @therealstanlee and @marvel please, thank you #congrats #spidermanrocks #🏹 #please

We’ll be honest, we don’t have much hope that the next installment in the film series will be as great. They had a good thing going, but now it seems to be lost for good. But hey, perhaps we should be more positive and hope for the best. Maybe Sony will end up giving us a good film after all. Or not. We’ll have to see. In any case, our thoughts are with Spider-Man fans at this difficult time.

Over to you: What do you think of this crazy development? Will Sony be able to continue Spider-Man’s success, or will it be a failure? Drop your thoughts in the comments.