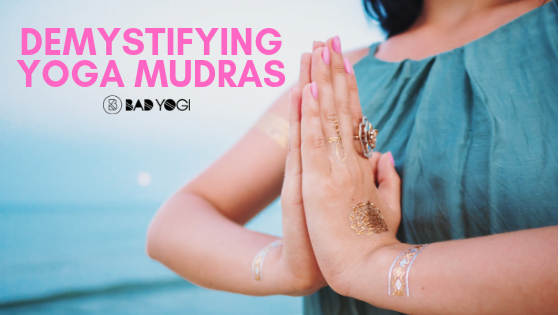 Demystifying Yoga Mudras and Their Benefits

Nowadays, it’s safe to say that yoga has hit us all. It’s everywhere. The fact that we lead lifestyles axiomatically different than the ‘ancient wisdom of health’ by yoga is known to us all.

Technology has made it easier to access ways to perform yoga remotely. There are hundreds of apps and online studios, and thousands of YouTube channels dedicated to promote ways of Yoga.

At least, if not in the comfort of your home, yoga is there for you in the nearby fitness center, gym, or sometimes explicitly called ‘Yoga studio’.

With so many options to practice, how is someone supposed to make a decision? It’s better to begin with good and simple. (And read stuff like this!)

Yoga is about breathing, meditating and posturing. Postures are core to any yoga teaching. It’s the physical act of forming these bodily positions that helps you attain benefits. And, these position principles are called ‘Yoga Mudras’.

But as with everything that is marketed, these Mudras are also known to everyone, vaguely.

This article is justly dedicated.

So what are ‘Yoga Mudras’ anyway??

The word “Mudra” is a Sanskrit origin meaning ‘symbol’ or ‘gesture’. It is better to ponder it ‘gesture’ as it relates to the Yogic activity (the body).

Mudras are not just mere camouflage of different positions that somehow cure ailments and digestive issues. The bending, the hands, and the lotus as your trainer say. They are much more than that. What you know might not provide a coherent sense of the true purpose of these positions.

Mudra can go for simple adjoining of the hands to very complex positions you can think. They are very beneficial to the healing process of the human life (not only the human body).

Yoga mudras are inscribed in the ancient principles of ‘Ayurveda’ and other important religious texts. And unlike general perception, physical health and wellness is not the only wisdom in these texts.

These are some things a yoga trainer rarely talks about.

Ayurvedic principles believe human body as a cohesive part of the whole universe. As with everything in the universe, it says, human body consists of the old school five elements: Air, Fire, Water, Earth and Space.

The balance of these five elements is important. The lack perhaps may seclude one from the zenith of human experience. So to avoid such intervention to the cosmic, mudras help attain energies necessary. Such energies come from the changes in veins, tendons and sensory organs.

Some of the famous mudras you might have known are pivotal. Here are just a few. 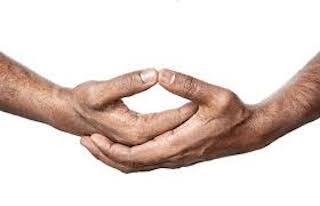 You probably have heard the word ‘Dhayana’ in some context of the eastern religions. ‘Dhayana’ in Sanskrit means ‘meditation’. Coarsely you can say ‘focus’. It’s a catchy word.

This mudra is one famous of all mudras as it helps attain union of all five elements. This is based on the premise that each finger symbolizes different element, and all fingers interact in this mudra.

In simple talk, this mudra gets the union of both left and right hemispheres of the body resulting in interior calm. This helps in concentration and also soothes anger.

Put both the arms on the lap (preferably sit in the lotus position). Both hands should be palm facing. Now bring right palm above left. Touch both the thumbs. Simple! 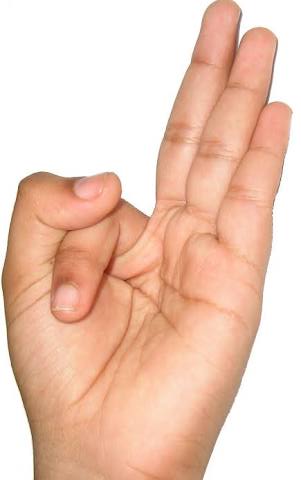 The Sanskrit word ‘Vayu’ means ‘air’. On this premise, this one deals with the element ‘air’.

The imbalance of air in the body can also cause ailments. Not only this mudra restores the air balance but also cures problems airborne and else. 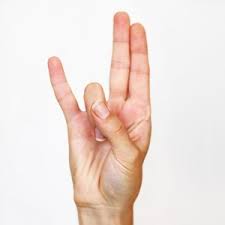 This one means ‘fire’. You say it might deal with some temperature maintaining thing and, vaguely this can be true, but there’s much more. This mudra reduces cough issues.

Cough – in Ayurveda- is thought to be the root cause of most problems like cold, nasal polyps, asthma, pneumonia etc. Agni mudra is a great practice against cough. It also helps in weight maintenance, eye problems, migraines and what not.

This mudra unlocks the ‘fire’: the element of internal energy and strength. It’s due to this fire thing that the mudra is called ‘Surya mudra’, echoing ‘mudra of the Sun’.

Similar to Agni mudra, but just use ring finger instead index finger. All Good! 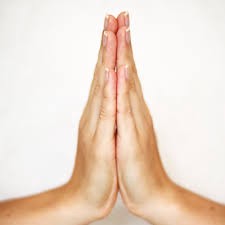 The ‘Gesture of reverence’ is a common practice amongst the Indian subcontinent. Although the gesture looks like a ‘Namaste’ greeting, it’s categorically a yoga mudra. The people of Asia have used this gesture as salutation but also as a mode of offering prayers.

This mudra improves the overall calmness of the body. Like dhayana mudra, this one connects both right and left hemispheres. It also improves concentration and relieves stress.

It is just your ‘Namaste’ thing preferably in the sitting lotus position. Both palms should touch each other in front of the sternum. That’s it!

The chronicle of the word ‘Shunya’ itself began in India (Aryabhata and stuff!).

The Sanskrit word ‘Shunya’ means zero, and is also akin to nothingness. In Ayurveda and Yoga, this state of nothingness is liberating.

Shunya mudra is practiced to experience the sense of tranquility and calm. One may feel connected to nature and to the grandeur cosmic energy.

Practicing this comes with great benefits – both physical and spiritual. It may help in curing hearing issues, mental disabilities and ear related problems like vertigo etc.

Similar to agni and vayu mudras, but use middle finger pressed by the thumb. Other fingers elongated. Easy!

Mudras are even inscribed in the Indian classical dances like Kathakali, Bharatnatyam and Odissi. There can be like 32 of simple positions to 900 of complex combinations.

It’s not so important to ponder each position altogether. It can be extremely confusing as there are so many choices. Knowing and practicing just a handful should be your cup of tea.

Although it’s a good choice to practice positions according to your needs, some fun without any guide won’t kill you either. Yoga mudras usually don’t do any harm to you. In fact, you should include yoga in your daily routine.

If you find your yoga mudras way too complex, challenging or sweaty; chances are you might be doing them wrong. Or your trainer is naïve.

A good trainer chooses a handful of mudras; and talks both mind and body in the teaching.

One last thing, although these mudras bring plethora of benefits, they are not a switcheroo for your other medicinal treatments. In ailing times, they may prove helpful but sometimes your doctor knows better than your yoga trainer.

Dr. Rishita Chandra is pursuing a Master's degree in Public Health with a passion to be able to effectively maintain healthcare standards and successful implementation of Health Programs and Policies. She always looking forward to getting more opportunities to do research and publications concentrating on various domains of Public health. She also loves to write about Yoga, Meditation and importance of psychological and spiritual health.

Leave a Reply to Ananya Cancel