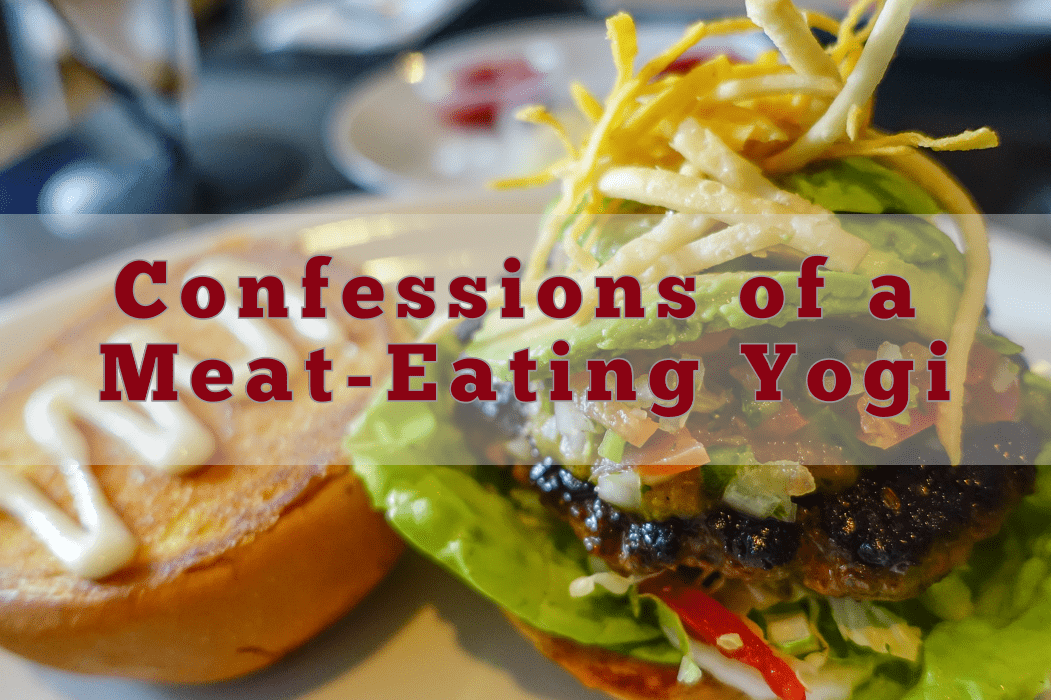 Confessions of a Meat-Eating Yogi

I am a yogi who eats meat. And I don’t feel guilty about it.

Believe me, I have spent much time wrestling with the ethical and moral dilemmas that eating/not eating animal meat and/or produce has thrown up in the past. There is such a common misconception that anyone committed to a yogic lifestyle also has to be vegan/vegetarian, and that if you don’t fall into this category then “you’re not doing it right” and your yoga practice is somehow “lesser.” Now don’t get me wrong, I love vegetables and once queued for 45 minutes just to get the best falafel in Paris. But I believe the addition of meat to your diet does not mean that you need to hang up your yoga pants just yet.

I became vegetarian about 2 years ago, and it was very easy. I had never been a big meat eater, and mainly cooked it for my partner at the time, so for the sake of convenience I ate it too. Then I took it further and adopted a virtually plant-based diet (except the occasional wedge of cheese!). Six months ago I noticed I was feeling fatigued and lethargic, my nails were incredibly weak, and I just wasn’t feeling 100%.

Meat was calling my name. It was baby steps at first. I started with a piece of salmon, and with each bite I could almost feel the energy and vitality returning to cells of my body. My other half looked at me and tentatively asked, “So…how do you feel?” I felt great, revitalized and most interestingly of all, I felt no guilt. I felt that I had listened to my body, and acted towards myself with kindness and compassion.

The widespread notion that all yogis have to be vegan/vegetarian is largely based on the principle of ahimsa, or non-violence, which is the first of Patanjali’s five yamas, or ethical/moral constraints. This can be interpreted simply as not causing harm to animals by sacrificing their lives for meat.

Listening to Your Body

However, non-violence extends to every being in the Universe, including ourselves. So if we are depriving ourselves of certain nutrients by attempting to adhere to a non-violent vegetarian diet, we are contradicting ourselves in the way we are treating our own bodies. I’m not saying that meat is compulsory for a balanced diet, and there are many people who thrive on plant-based diets, but the key principle seems to be that we need to listen intuitively to our body’s needs. And yoga, linking our body and mind, only makes us more adept at noticing what our body is telling us it requires to be functioning at its best, be it bacon or broccoli.

I now eat meat moderately (mainly chicken and fish) and continue to feel the benefits in my body. I practice ahimsa by buying free range, higher welfare and sustainable meat and fish. The ancient Yogic texts are to be applied and interpreted to our own lives and circumstances, so we need to stop putting so much pressure on ourselves to fit into the “yoga mold” of the vegan, green-juicing yogi and accept that we all follow our own path. As long as we are making conscious, informed decisions, with awareness, then we are doing the best we possibly can. And that is what matters.

How about you, yogis? What food makes you feel energized? Tell us in the comments! 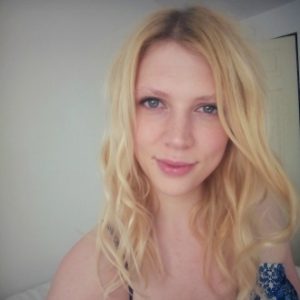 Sarah is a 200 RYT, teaching Hatha and heated Vinyasa Flow. Lover of sarcasm, stretchy pants, and a chilled glass of rosé.