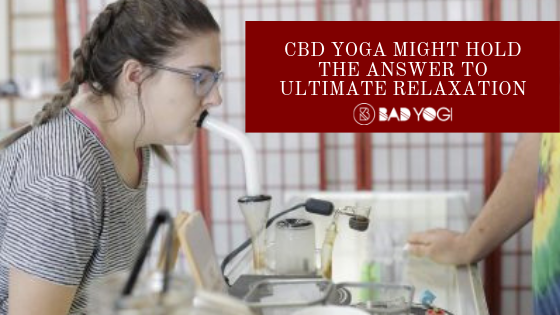 CBD Yoga Might Hold the Answer to Ultimate Relaxation 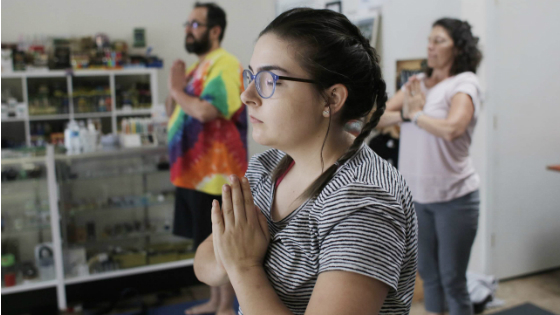 Have you ever heard of CBD? Those who swear by it say that it can help people who suffer from insomnia, depression, anxiety, chronic pain, and inflammation. It’s also great to help you relax. Tampa Bay Times reporter Sara DiNatale decided to try it out and see if it’s worth all the hype. She decided to test its effects during a yoga class, because there’s no better time to take inventory of how you’re feeling while resting in down dog.

For those who have no clue what CBD is, it’s short for cannabidiol. It’s extracted from the hemp plant, which, yes, you guessed it, is a member of the cannabis family. The difference? It doesn’t make you high because hemp is bred to contain only traces of tetrahydrocannabinol (THC).

DiNatale, who suffers from anxiety and depression, decided that she had nothing to lose and everything to gain in trying CBD. She went to the Chillum CBD Dispensary in Ybor City, which was hosting a CBD yoga class.  After inhaling the vaporized smoke from a high-tech bong, she was surprised to find that it provided her with the promised calming sensation. She also got into the yoga mood much faster than usual. Something that really stood out during the yoga class was that she didn’t have to fight her random thoughts during her practice as much as she used to. 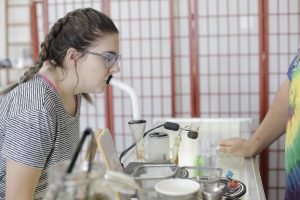 DiNatale decided to try CBD before a yoga class, and she could feel the difference.
Image: Tampa Bay Times

Chillum CBD Dispensary owner Carlos Hermida says that he offers the CBD before the monthly in-shop yoga classes because the effects are much stronger when paired with a yoga practice. DiNatale confirms this, saying that she often has to actively tell herself to breathe in and out during yoga poses just to keep her mind clear. With CBD, she found that she didn’t have to try so hard to focus on her breathing and clearing her mind.

It’s not an official cure

Even though it seems that CBD really can work wonders, the substance is not approved by the U.S. Food and Drug Administration. This means that any products containing CBD cannot be marketed as “medication” that will help to cure or alleviate any disorders, like generalized anxiety. There is, however, a drug containing a purified form of CBD that has been approved to treat seizures, which advocates see as progress. 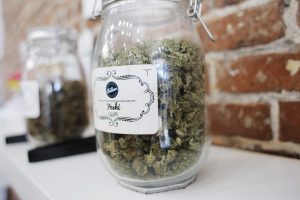 DiNatale would not advise anyone to blindly switch from their prescribed medication to CBD. Responsible shop owners will also tell customers to speak to their doctors first before making such a switch. As with everything else, it might not work for everyone.

CBD is starting conversations about anxiety

DiNatale sees the growing popularity of CBD as a very good thing because it’s encouraging people to be more open about dealing with anxiety. That, of course, might be the best thing CBD is doing at the moment. Talking about how you’re feeling and what you’re dealing with helps you and the people around you who are going through the same things. And let’s be honest, if we can attend a yoga class that offers double the relaxation, we’re definitely not going to say no.

Have you ever tried CBD? Would you recommend it? Sound off in the comments!

Leave a Reply to Fitgraphy Cancel