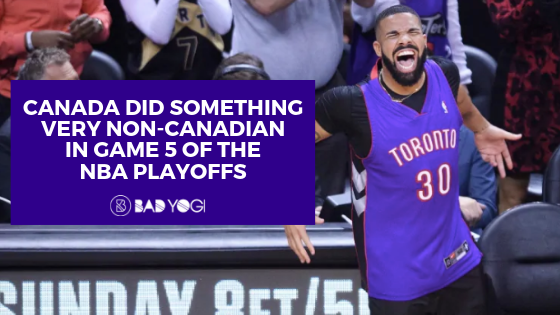 The Golden State Warriors and Toronto Raptors are in the midst of the NBA finals, with the Raptors currently leading 3-2 over the Warriors.

In case you’re wondering why this is at all interesting:

While the series started off being relatively boring, with Game 3 getting the lowest ratings in 10 years of NBA playoff games, things have started to heat up. In Game 5, one of the Warriors star players, Kevin Durant, returned after being out with a calf strain. People were pumped. Despite being stacked with some of the elite players in the league, the team had been struggling without him, and played another game in the series without another star player, Klay Thompson.

Because this is a yoga-focused magazine, I’m going to go out on a limb and presume you don’t care too much about detailed highlights you might find on a sports site. That’s good, because I’m mostly in it to see if the Warriors make it to the finish line; whether Beyonce is going to roll her eyes again; and, how extra Drake will be in this particular game. The answer to that last one… always Extra: Level 100.

OH, so that’s why this is a story on Bad Yogi Magazine

Yep… took a bit to come full circle, but this article is actually about Canada. As mentioned above, Canada stepped out of true character for a quick moment and cheered as Kevin Durant was re-injured. These were likely cheers because they realized that this injury was their best shot to win the Finals, but bad timing, poor form, Canada!

But wait… there’s more. In TRUE Canadian fashion, one anonymous fan wanted to make sure that the cheering didn’t reflect poorly on sweet, sweet Canada. The fan sent this floral display to the Warriors’ offices to apologize “on behalf of Canada”. The display even included a ribbon that read “Canada is sorry KD” across it. Oh, Canada! You ARE the best. 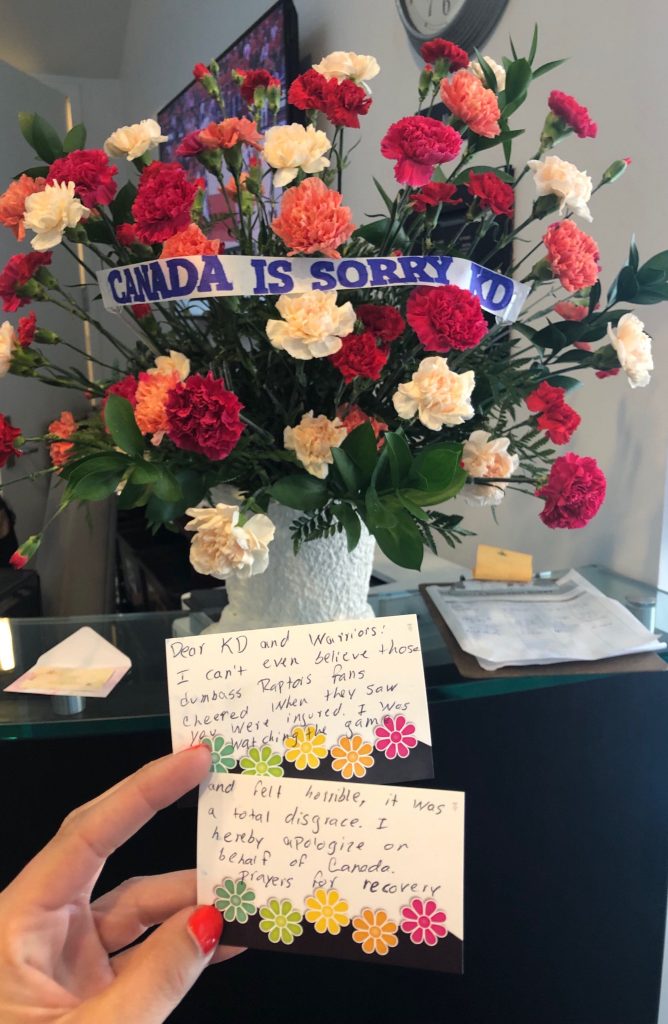 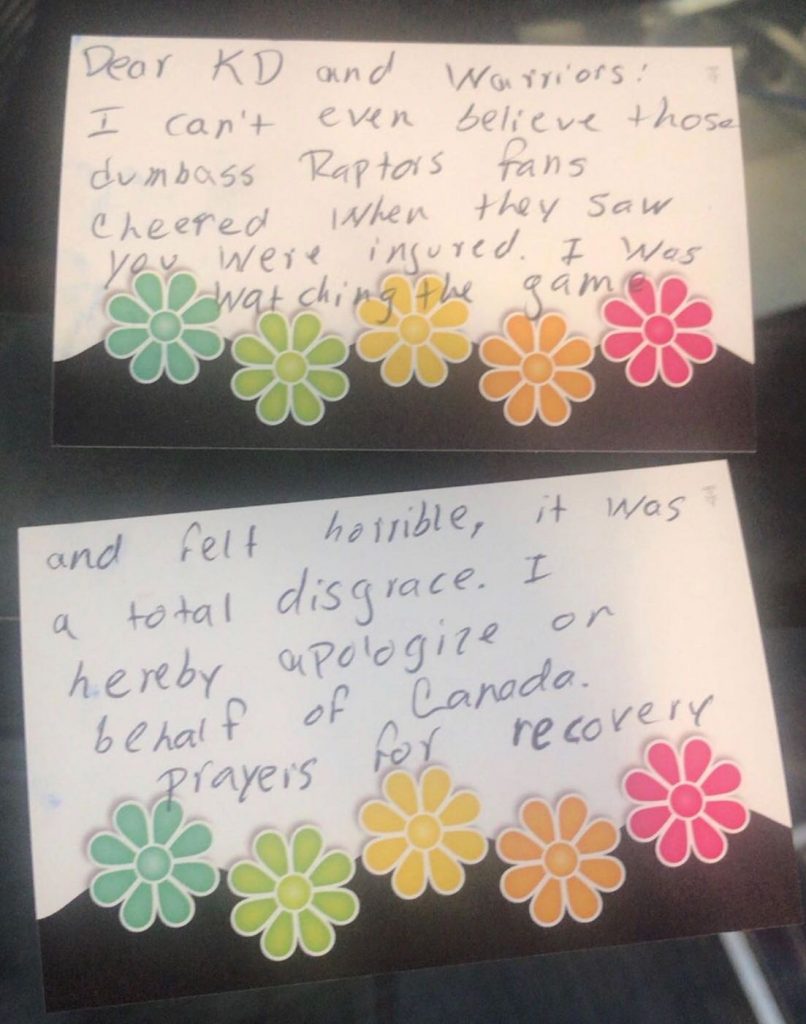 Alright, Canada. That’s not only classy, but this person took responsibility for the entire fan base, making sure that Durant and others didn’t think poorly of Canada. I mean, come on… you can’t help but smile, and then forgive Canada right away and put them back in your good graces.

Kevin Durant is definitely out the rest of the Finals, and may be facing a long road to recovery, but we’re fairly certain Canada is going to be rooting for his full recovery. I’ll leave you with some Drake extra-ness.

Congrats- you’re now up to speed on all things basketball and Canada. You’re basically a sports analyst now with all the knowledge you’ve just gained in this article.