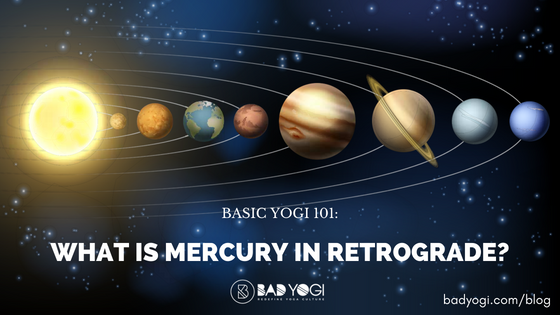 As of today, July 26, Mercury is in retrograde. AGAIN. And she’s staying there until August 19, so buckle up.

Expect to see an uptick in people using this as an excuse for just about any erratic behavior. There will be plenty of yogis talking about its effects, and plenty of memes shared across social media. 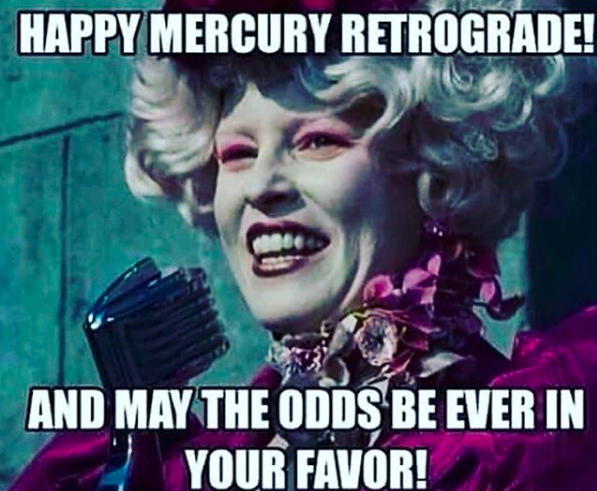 To be honest, you could easily convince me that Mercury only started being so moody in 2016 or so… kind of like the obsession with avocados that seemingly came out of nowhere (guilty), ‘Mercury in retrograde’ came at us like a wrecking ball, and we’ve never been the same since someone blamed all of our ‘bad luck’ on Mercury’s retrograde motion.

But WTF does it mean that Mercury is in retrograde? And why do yogis seem to care so much?

In ‘Basic Yogi 101’ fashion, allow me to try to break it down as simply as I can.

What does it mean that Mercury is in retrograde?

Of important note: the planets do not physically start moving backwards like the example of the little child, driving you batty, above. It just appears as such because of the relative positioning of planets, Earth, and how they travel around the Sun.

According to NASA, the phenomenon happens when a speedier planet overtakes a slower one in their orbits around the sun. This makes it appear to change direction in the sky.

How can I use Mercury in retrograde as an excuse for all of my problems?

Mercury is the ruler of communication, travel, technology, and intellectual thoughts. So people LOVE to blame Mercury in retrograde on any problems they have, as it relates to these areas, during this time. I once read that you shouldn’t make any big decisions during this time. I bought a house, seemingly out of nowhere, when Mercury was in retrograde in 2016. ¯\_(ツ)_/¯

When any planet is in retrograde (all planets retrograde, Mercury is just the star of this particular show), the themes and energies associated with the particular planet are reversed and internalized. Imagine swimming against the tide or walking against the wind on a blustery day.

Taking it one step further, we’re also entering Leo, so all characteristics of this zodiac sign are amplified. Leo is a fire sign, so there’s a whole lot of passion in everything that Leos do. Here are some strengths and weaknesses of Leos, according to astrology.

Here are some examples of things you can blame Mercury in Retrograde: 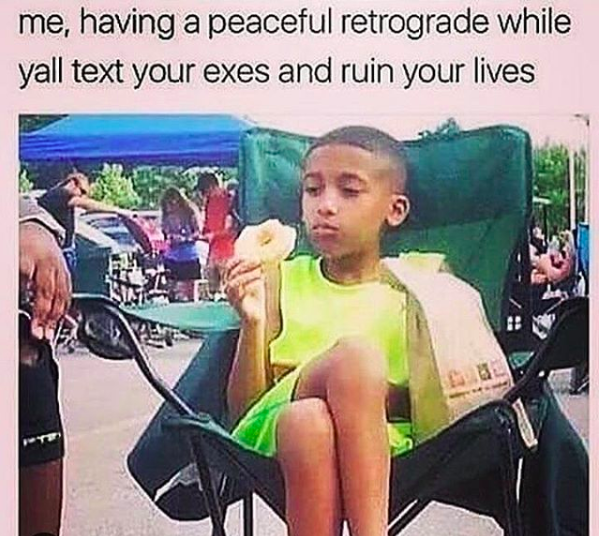 Why do we care?

It happens every four months or so, as a result of Mercury being the smallest planet in the solar system, and also the closest planet to the Sun. No need to get into specifics beyond that for today, but if you feel the effects of Mercury in retrograde more prominently than your friend or partner, you might want to be moderately aware of its frequency. Want a super simple way to check? Visit the website ‘Is Mercury in Retrograde’.

For the record, astronomers have repeatedly rejected any theory behind Mercury having an impact on your. mood or outcome of your day. But we’re entitling you to your very own opinion. 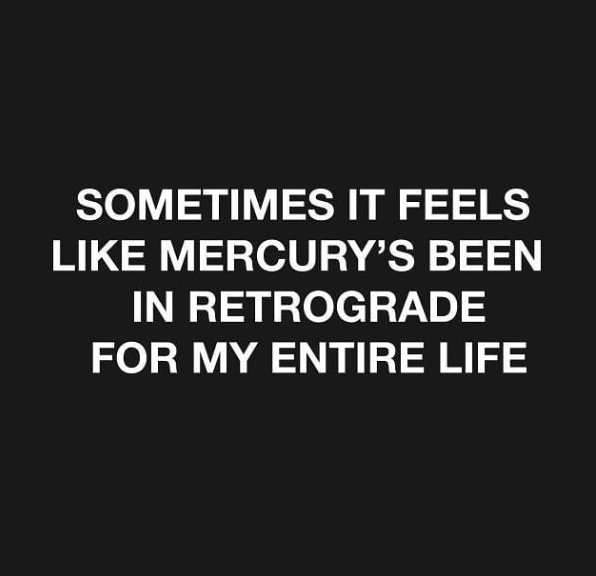 How can I survive Mercury being in retrograde?

Take a step back and breathe, in any moment where you feel like this phenomenon is getting to you a bit too much. Think before you speak or react. Try to be a better listener during this time. Have patience with those who you have misunderstandings with- get creative in your problem solving and try your best to communicate efficiently.

Shameless plug: did you know that Erin is hosting a ‘Micro Mindfulness Challenge” on Instagram TV (IGTV) beginning August 1? If you’re not following her already, @badyogiofficial, this may be the perfect opportunity for you to take a mini chill pill during this erratic and generally outspoken time. 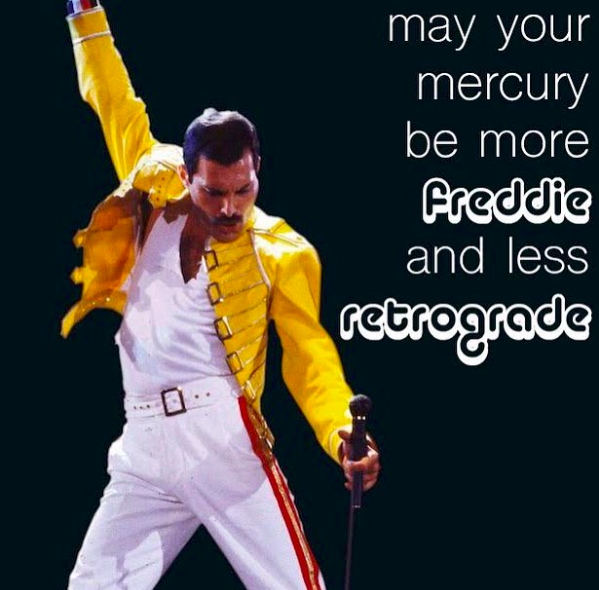 That’s what I’ve got for you on this astrological phenomenon. Know that we just touched the tip of the surface of this topic, as usual, BUT hopefully it helps to make a bit more sense of one of the things that we yogis love to talk about. Questions? Thoughts? Need to know more? Share with us in the comments!