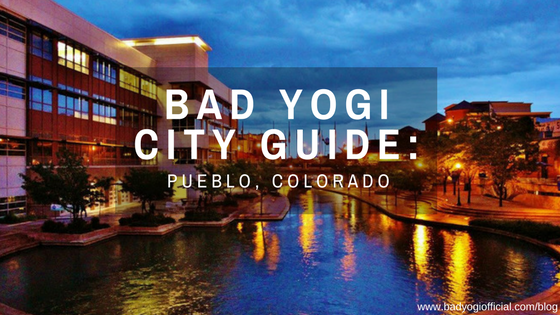 Pueblo, known as “Home of the Heroes” has been called home to four Medal of Honor recipients, a smaller city located in the southern half of Colorado, with a population around roughly 160,000 people with diversity ranging mainly from people of Eastern European descent, Italian, and Hispanics. The economy was at its peak when the town thrived as a major Steel producer but later dropped during the 1980’s after the market crashed. Now our larger industries consist of an international cement plant, an international wind turbine manufacturer, and soon a solar panel “farm”. Home to the oldest football rivalry west of the Mississippi river, The Bell Game, a rivalry held between Pueblo Centennial & Central high school has a huge turn out every year growing larger as more and more become alumni ready to support their team!

Locally, Pueblo is now known for our delicious “Pueblo Chiles”; a spicy yet delicious pepper which may accompany most meals either at home or any local restaurant. Other popular foods consist of the Slopper which you may find at Gray’s Coors Tavern, tomato beers served at most bars, a grinder (which is an Italian sausage sandwich), which you can find at Iannes, a family owned pizzeria or delicious Mexican style food at the Mill Stop Cafe. Can’t-miss attractions consist of the Pueblo Riverwalk, Lake Pueblo State Park, and the Pueblo Zoo. Pueblo has also for over one hundred years has served as a home for the Colorado State Fair. All of these but the Colorado State Fair, are available to the public year round, the fair usually takes place during the end of the summer. A fun week and a half long event which displays bull riding, carnival rides, food, Folklorico dancing, and concerts!

If you want to get outside, a trail I love to take my two dogs on frequently is located at the Pueblo Nature and Raptor Center, which leads all the way out to the Pueblo reservoir (Lake Pueblo State Park). But interestingly enough, the 3 mile trail is actually just a section of the whole trail which starts towards the north-east part of the city and ends at the reservoir. The trail is available to people who walk, run, dogs, and cyclists.

The river is also a popular spot for the growing population of fly-fisherman. Lake Pueblo State Park is a body of water with over 60 miles shoreline where people enjoy its beauty from stand up paddle boards, fishing, to wake boarding! The Pueblo Riverwalk is an elaborate yet quaint attraction located in the downtown area of the city, this stretch of the Arkansas river is surrounded by water front businesses ranging from restaurant to fitness locations, cafes, and breweries. Throughout the year a multitude of festivals take place at the riverwalk and along one of the most popular streets(and surrounding), Union Ave, including the Loaf n Jug Chile and Frijole festival, Boats, Bands, and BBQ, B Street Bash, and Festival Fridays. Come practice yoga with me!

Yoga is a growing industry in the city, ranging from more traditional practice in studios to practicing in the park, at breweries and bars, as well as on the riverwalk. It’s truly exciting to see so many practice, even if it is just for giggles and the drink sometimes! I personally practice as well as teach at Soulga (originated in New York) which is located in downtown Pueblo. Our practice is designed to flow around the three words: Mind, Body, & Beats. There are also a few studios located within a three mile radius of the downtown area, a personal jewel would be Fountain of Health which has been in business for over twenty years! So many hearts fill these amazing studios, go where you feel loved.

I hope if you ever find yourself in our area that you will try our delicious food, enjoy our beautiful scenery, and practice your heart out! 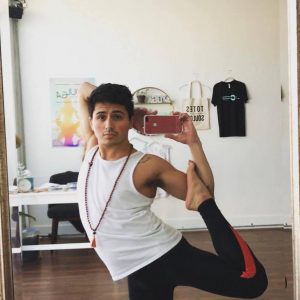 Mikey is a twenty-two year old yogi, founder of a yoga for HIV and AIDS non-profit, and fur-dad of two dogs, one named Annabelle and the other named Sven. Born and raised in Colorado, he is constantly in the mountains if he's not reading a book at home or practicing. His favorite pose is mermaid, but he's also extremely fond of his yoga wheels and hand stand canes! Mikey's promise is that yoga will change your life.