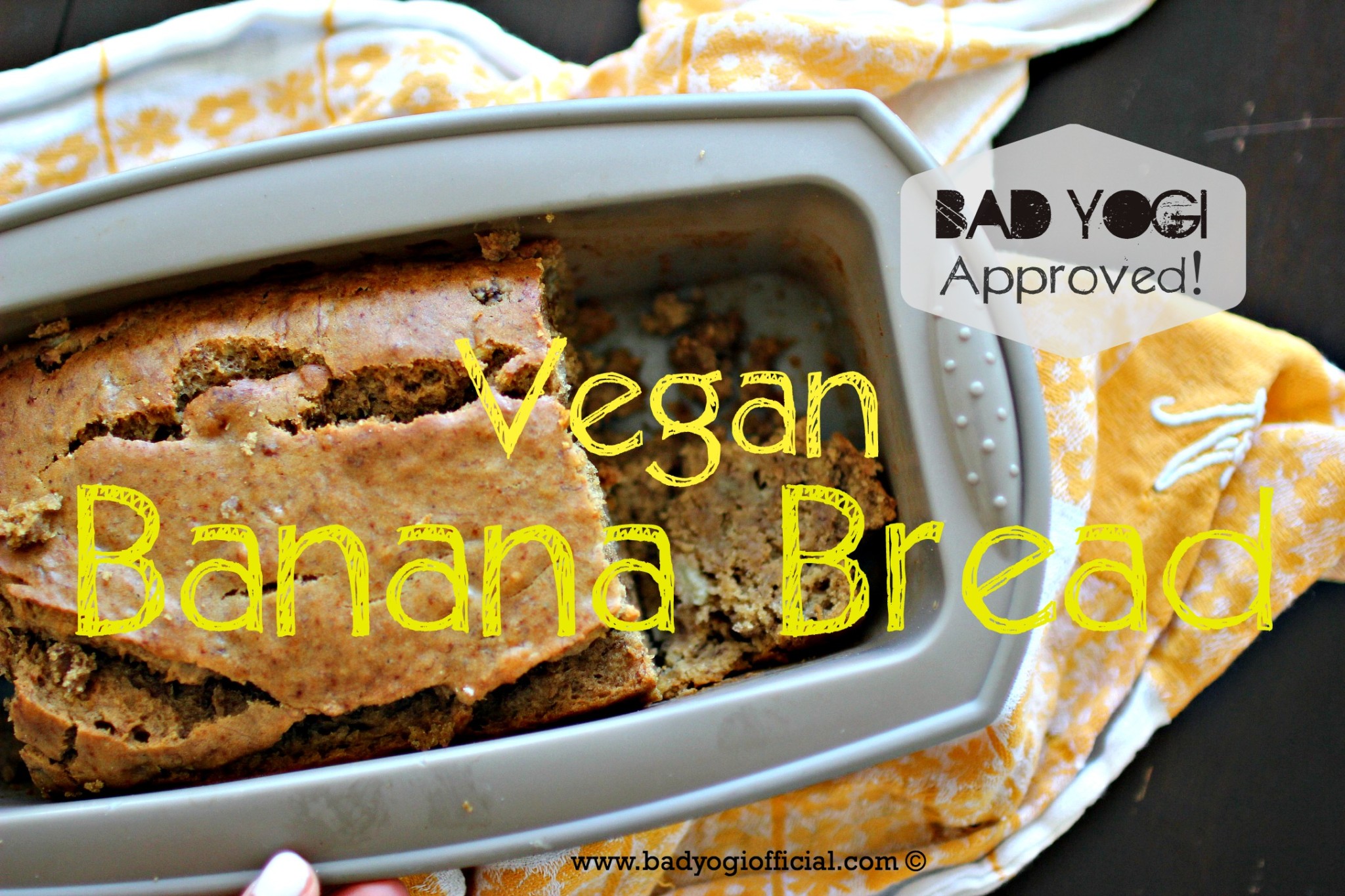 This was completely accidental. I didn’t set out to make a vegan banana bread, but I didn’t have eggs and we don’t drink milk, so I had to improvise with what I had. Turns out, the combo I used was banana perfection… and I don’t even like banana bread usually.

I was feeling Susie Homemaker-ish and wanted to make this for the Frenchman since he LOVES banana bread and I was pleasantly surprised when I liked it too!

The key is lots of cinnamon and removing the stringy weirdness from the bananas before mashing them up. I can’t stand the peels that stick to everything! I’m sure most of you (normal) people will swear this doesn’t make a difference, but I’m pretty sure it did. Just let me live in my delusional fantasy, will you? 😉 Instructions:
1) Preheat oven to 350*F/180*C and lightly oil a 5×7 loaf pan and set aside.
2) In a medium bowl, smash bananas and brown sugar until incorporated. Mash down all pieces of banana so the flavor spreads evenly. I had some small pieces in my bowl and it was totally fine, so this part isn’t an exact science.
3) Next, add the oil, vanilla extract, and cinnamon to the banana mixture and stir to combine well.
4) In a separate bowl, combine flour, baking powder, baking soda, and salt and mix until combined.
5) Pour flour mixture in to banana mixture and stir very well. You want this to be mixed completely!
6) OPTIONAL: You can add walnuts, seeds, raisins, chocolate chips or anything else here if you like!
7) Bake uncovered for 35 minutes. It may take a bit longer or less long depending on your oven, so just take a peek at 35 minutes, put a form or toothpick in the center and see if it comes out clean.

It’s heavenly when it’s warm, so don’t waste any time before slicing a piece for yourself 😉

Check out that crumb… Now check out that crust… Sigh. So pretty you might even forget to eat it…

… KIDDING. Who would ever do such a thing?

Over to you! Do you love or hate bananas? I’ve found that people either despise them or eat them every day. I only like them when they’re just past green (weird, right?)… a ripe banana is one of THE grossest things to me! Except in this bread, obviously 😉