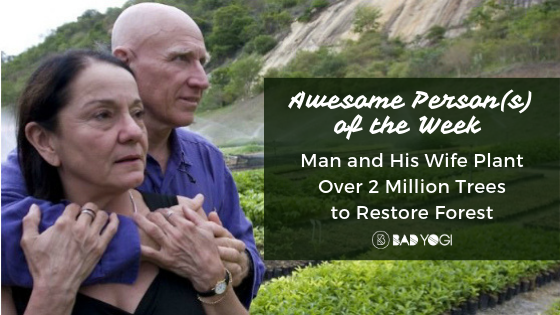 Awesome Person of the Week Popular Trending May 3, 2019

Awesome Person(s) of the Week: Man and His Wife Plant Over 2 Million Trees to Restore Forest

In recent years, the call to save the planet and take care of the environment has gotten louder and louder. More and more people are paying attention, but we still have some ways to go. Luckily, there are people out there who are doing everything they can to help rebuild the environment. Meet Brazilian photographer Sebastião Salgado and his wife Lélia Deluiz Wanick Salgado, who rebuilt an entire forest on their own.

Coming home to a wasteland

Several years ago, Salgado left his home nestled in the midst of a rainforest to travel the world to pursue a career in journalism. When he returned he had the shock of his life – the forest was completely destroyed, entirely cut down. The home he had known and loved was nothing but a wasteland. This sent Salgado into a spiraling depression.

A crazy and amazing idea

According to Anon News, it was Salgado’s wife who helped him come up with an amazing idea to restore the area to its former glory. She had what one might call one of the most brilliant (and craziest) ideas ever – she suggested that the two of them try to replant the forest on their own. We’ve all planted a tree or two, but replanting an entire forest? Could that even be done? Is it humanly possible for only two people to do that? The answer? Yes, absolutely. 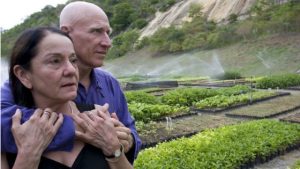 The couple got started on their new endeavor, and even though it was nowhere near easy, they eventually managed to reforest the area around their home. Not long after the plants started to bloom again for the first time in years, the animals who once used to live in the forest started to return one by one. Salgado says that it’s a miracle that they all came back. The couple continued to plant more trees, and today the number of trees they managed to plant surpass the 2 million mark. When you think about it, it seems impossible, but in 20 years they have achieved something few others on the planet have ever done before – they replanted an entire forest.

Before and after images of the forest Salgado and his wife replanted.
Image Instituto Terra

The area is now unrecognizable from the way it looked 20 years ago. One would never guess that the forest had ever been destroyed. Salgado sees this as proof that we do have a solution to the environmental issues we are facing.

“Perhaps we have a solution. There is a single being which can transform CO2 [into] oxygen, which is the tree. We need to replant the forest. You need [a] forest with native trees, and you need to gather the seeds in the same region you plant them or the serpents and the termites won’t come. And if you plant forests that don’t belong, the animals [won’t] come there and the forest [will be] silent.”

A lot of good came out of the project

Once Salgado and his wife’s project to replant the forest started to pick up some steam, they founded the Instituto Terra. They used the organization to hire other likeminded people who love and care for the environment just as much as they do. It’s sad that the forest was destroyed in the first place, but it’s amazing what Salgado and his wife, along with the members of their organization, were able to do in what is actually a short space of time, taking into consideration that they replanted an entire forest. 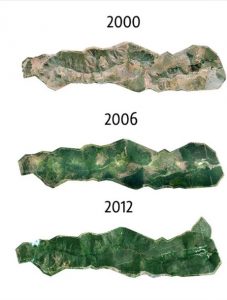 We each need to do our part

Salgado’s story should serve as an inspiration to the whole world – we can do anything when we put our minds to it, and saving the environment should be on top of everyone’s list – because if we don’t do it, who will? The time for change is now, so get out your gardening gloves and start planting some trees. Your life literally depends on it.