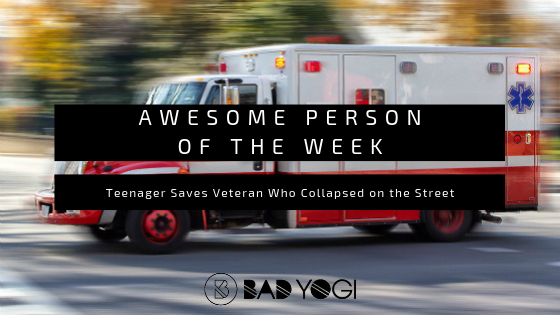 Awesome Person of the Week Popular Trending May 13, 2019

Awesome Person of the Week: Teenager Saves Veteran Who Collapsed on the Street

We’re all well aware of the fact that our lives can change in the blink of an eye, and we all hope that there’ll be people to help us through it when it happens. Indiana teen Lexi Lindsey was one of those people when she helped a man who collapsed on the side of the road while on her way to a Justin Timberlake concert.

According to Twenty Two Words, Brian Putt had collapsed partially in the highway lane and was waving his arms for help when Lindsey saw him and told the driver of her taxi to stop so she could help him. As she made her way over to Putt, she started dialing 911. After reaching him, she pulled him onto the side of the road. Putt was still conscious and able to tell Lindsey that he was suffering from heart arrhythmia. He had an implanted defibrillator, which had begun to shock his heart after he collapsed.

Taking a Health Careers class can come in very handy

Other motorists started to pull off to help Lindsey, and a nearby construction worker even began to caution oncoming drivers to ensure that the cars didn’t get too close to Lindsey and Putt. Everyone who pulled off wanted to help, but no one had medical training. Luckily, Lindsey had been taking a Health Careers class at school, where she received CPR training, Stop the Bleed instruction and basic first aid. 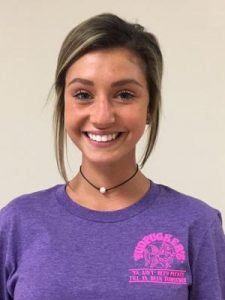 Lindsey found out first hand how valuable a Health Careers class can be.
Image: Bedford Times-Mail

When Putt started having a seizure, Lindsey knew how to handle the situation and turned him onto his side to keep his airway clear. After the seizure passed, she started talking to him in a calming matter and he told her that he’d had a heart attack back in 2018. He gave Lindsey his wife’s number and she called her to let her know what was happening. The ambulance arrived shortly after Lindsey called Putt’s wife and the EMT told Lindsey that she likely saved Putt’s life with her quick thinking.

Lindsey realized that if it hadn’t been for her Health Careers class, she probably wouldn’t have had any idea what to do in the situation. The only downside to everything was that Lindsey never even had the time to learn Putt’s name, so she had no idea how to find out whether he was alright.

Putt found out who saved his life

In the meantime, Putt had found out who Lindsey was and after his recovery, he came to her Health Careers classroom, carrying a bouquet of flowers to thank her properly for saving his life. Putt, who is a US Navy Veteran and the father of two children, thanked Lindsey for not only saving his life, but also making sure that he stayed alive for his family. He told her that she had real character for stopping on the road and helping him, saying that even though he was disoriented from the shocks of the defibrillator, he felt calmer when he saw Lindsey’s car pull up, because he knew someone was going to try and help him. 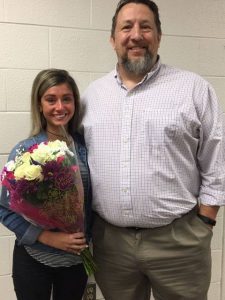 After this, he gave Lindsey his dolphin pin (a pin with two dolphins flanking a submarine), which is a major award for members of the US Navy sub fleet. He told her that the day he earned that pin was the proudest day of his life. He then handed it over to Lindsey, telling her that she’s the one who earned it this time.

Do whatever you can to help others

Lindsey’s good deed is a reminder that lending a helping hand always pays off. She was in the right place at the right time and because she decided to stop and help the man on the road, she ended up saving a life. Look for things you can do to help other people, no matter how insignificant it might seem. The smallest gestures of kindness sometimes have the biggest impact. Here’s to making the world a better place.