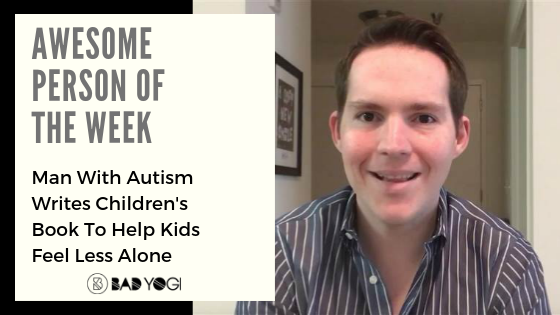 Kerry Magro has done something amazing – he has written a book for children with autism. Magro was diagnosed with autism at the age of two. He only started speaking at the age of three. He felt like an outsider during his childhood and with his new book, he wants to make sure that no child with autism ever feels like he did.

Having role models with autism is important

31-year-old Magro told Today that if he had role models with autism while he was a child, he would have felt a lot less isolated. He added that seeing someone like him being displayed in the media world would have given him more self-motivation and would’ve made him feel less alone.

Magro has been working as a professional speaker, author, and advocate for the past ten years. It’s no surprise then that he decided to use his talents to help other people with autism. His new children’s book titled “I Will Light It Up Blue” was released recently and the protagonists feature a boy and girl with autism.

According to Magro, he wrote the book to help start important conversations regarding autism. He is hopeful that the book will be helpful to children, their parents, and educators. Magro says that his biggest motivator for writing the book was to show people how to accept someone who is different from them. While writing the story, Magro made sure that he shared the characteristics of autism in the hope that people will learn how to recognize it.

“I wanted to focus on a boy character and a girl character – even though boys are four times more likely to be diagnosed with autism. I wanted to share the characteristics of a girl with autism in the hopes that people can recognize a girl who shows signs of autism and make sure she doesn’t fall through the cracks.”

Growing up without any role models with autism, Magro felt very alone. He wants to make sure no kid ever feels like that again.
Image courtesy of Kerry Magro

The two main characters in the book are twins named Doug and Emma. The story follows their journey as they learn about “Light It Up Blue”, which was also part of World Autism Awareness Day on April 2. During their adventures, they learn how to speak up for themselves. Hopefully, their tale will help readers to learn and understand more about autism.

Autism doesn’t look the same for everyone

For Magro, it was important to showcase characters with different abilities – Emma relies on an iPad to communicate with the people around her, while Doug can speak. Magro did this to show the world that people with autism aren’t all alike – it differs from person to person. In the story, Emma is more impacted by autism than Doug and Magro did this to emphasize the different ways autism can impact someone. He also went to a lot of trouble to make sure that his characters were true to life – he did his research, consulting with experts in the field to make sure the way he presented the characters were as authentic as possible.

Magro is a firm believer that there need to be more stories out there that feature people with autism. He is glad that these type of characters are starting to appear in pop culture, such as Julia on “Sesame Street”, but he believes that more needs to be done.

“If we are truly trying to be a society that focuses on inclusion, we have to make sure we are representing the community as it truly is.”

Creating more awareness around autism and specifically focusing on helping kids who have to deal with it, is pretty amazing. Let’s hope that the narrative regarding autism will change sooner rather than later so that no kid (or grown-up for that matter) would ever have to face feeling isolated again just because they are a bit different from the rest of society. After all, differences should be celebrated, not criticized.