Most Americans are familiar with Alex Trebek, who has been the host of the game show “Jeopardy!” since 1984. NPR reports that on Wednesday, the 78-year-old star shocked everyone when he announced that he had been diagnosed with stage 4 pancreatic cancer.

We all fear to hear such news sometime in our life, but Alex Trebek is taking his grim diagnosis in stride. This is not the first time he has to struggle through an illness. ABC reports that he suffered his first mild heart attack in 2007, but was up and about quickly after. In 2012, he suffered another mild heart attack, and despite it being the second one in 5 years, Trebek had a speedy recovery. Come December 2017, he was diagnosed with a subdural hematoma (considered one of the deadliest head injuries) after hitting his head in a bad fall. He had surgery in early 2018 to remove the blood clots from his brain and recovered fairly quickly, calling it a “slight medical problem”. Clearly, Trebek isn’t scared of any old disease and pancreatic cancer doesn’t seem to dampen his positive spirit either. 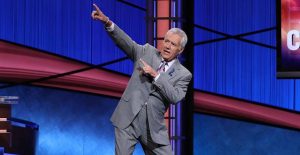 Alex Trebek is keeping a positive mindset after being diagnosed with pancreatic cancer.
Image: Jeopardy/Facebook

What do the statistics for pancreatic cancer look like?

According to Cancer.Net, pancreatic cancer accounts for 7% of all deaths that result from cancer. It is also the eighth most common cause of death among women. The American Cancer Society states that the risk for pancreatic cancer in men is 1 in 63 and 1 in 65 for women. Even though the statistics look pretty gloomy, the chances of getting this type of cancer depends on many risk factors, like your age, tobacco use, and family history – to name just a few.

According to The American Cancer Society, the survival rates for pancreatic cancer have improved from decade to decade, but this cancer is still considered incurable in most cases. The one-year survival rate for all stages of pancreatic cancer combined is 20%, while the five-year rate is 7%. It is not all doom and gloom though –  The Memorial Sloan Kettering Cancer Center claims that there are many people who live much longer than 5 years after their diagnosis, almost long enough for doctors to call them “cured”. According to Pancreatic.org, the reason pancreatic cancer is so hard to cure is because it is so hard to detect it early enough. By the time the cancer is detected in a patient, it has usually already spread to other organs, making it harder to treat.

Trebek is optimistic despite the gloomy statistics

Despite the scary statistics, Trebek is very optimistic about his condition. Announcing the news via YouTube on Wednesday, he assured everyone that he was going to fight his cancer and keep on working saying, “With the love and support of my family and friends, and with the help of your prayers also, I plan to beat the low survival rate statistics for this disease.” 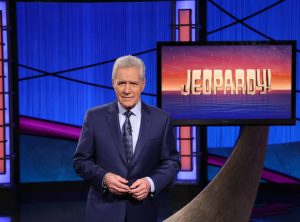 According to NPR, Trebek was originally planning on retiring from “Jeopardy!” in 2020, but decided to renew his hosting contract until 2022. He also holds the Guinness World Record for most episodes of a game show hosted. He was presented with the world record in June 2014, having hosted a total of 6,829 episodes at the time. To date, he has hosted nearly 8,000 episodes of “Jeopardy!”. In his YouTube announcement he jokingly said that he has no choice but to beat his disease because, under the terms of his contract, he has to host “Jeopardy!” for three more years. He told fans to keep the faith because that is how he is going to beat his cancer.

People are voicing their support on social media

Ken Jennings, who has won more consecutive games on “Jeopardy!” than any other contestant, took to Twitter after the news broke to voice his support for Trebek.

One thing I know for a fact: Alex is very aware of how much he means to millions of people, and how we will be pulling for him…I hope that’s a comfort.

Telling the whole world about his diagnosis could not have been an easy thing to do, but Trebek’s positivity about his disease is inspiring. Hopefully, he will be one of the few who can prove to us once again that you can kick cancer’s butt. He has made it through many other ordeals practically unscathed. We’re positive that he can beat this too.