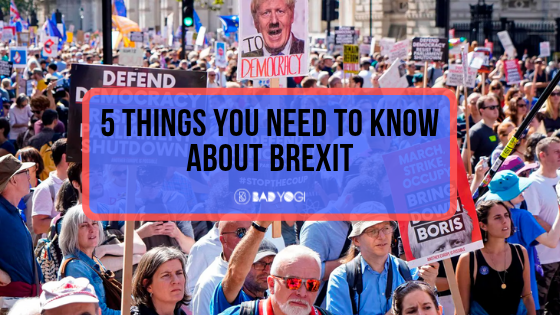 5 Things You Need to Know About Brexit

If you’ve been browsing any news outlets at all, you would’ve seen the word “Brexit” pop up around there somewhere. It’s been around since 2016, but it’s only now starting to come to a head. Some people seem to see it as a good thing, while others are against it for very good reasons. If, like me, you don’t live in the UK, you’ve probably got a vague idea of what Brexit is, but don’t really know the facts. Well, it’s always good to know about the things affecting your fellow humans, so let’s jump right in.

I’m not very clued up on politics – it’s something I like to avoid talking about, so of course, most articles that cover Brexit didn’t really help me to understand exactly what it means. I headed over to Dummies.com because let’s be honest, a simple explanation is what we all want and need.

What the hell is Brexit?

The term was officially coined when the United Kingdom (UK) officially decided to leave the European Union (EU). Brexit is short for British Exit, and it was decided on June 23, 2016, that the UK will be leaving the EU. This decision was made after a public vote that was made by all citizens of voting age. More than 30 million people voted. Leaving the EU got 52% of the votes while 48% voted to stay. 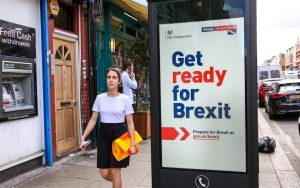 The Brexit debate is heating up.
Image: DINENDRA HARIA/LNP

1) The changes Brexit will bring

According to BBC, the EU is made up of 28 European countries which are all tied by an economical and political alliance. The most obvious change that will take place if Brexit is implemented is that people will no longer be able to travel freely across borders in the EU without a passport. The EU is what allows all the countries within it to function as one large single entity. Should Brexit be implemented, this will no longer be the case. The EU was implemented to allow the free movement of money, goods, and of course, people, across the borders. It was basically one happy family until 2016.

2) Why some people WANT Brexit to happen 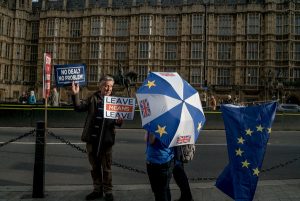 Brexit won with 52% of the votes.
Image: BBC

You’re probably asking yourself why anyone would want to leave the EU willingly – traveling hassle-free across borders seems like a distant dream for most of us. The Independence Party, however, argue that Brexit will be good to regain border control and also reclaim business rights. Supporters of Brexit cite the high EU membership fees as one of the reasons it should be implemented. One of the main arguments here is that these fees could be used to benefit the UK once Brexit is implemented.

3) Why some people DON’T WANT Brexit to happen

As mentioned before, the former Prime Minister wasn’t in favor of Brexit and neither was the Conservative Party. Cameron eventually relinquished his position in a public statement, saying that the UK needs a leader who has the same goals as the majority of the country.

The main reason people are against Brexit is because of the impact it will have on business benefits. They argue that the UK receives business benefits because it’s able to participate in the single market system provided by the EU. Regarding border control, those against Brexit believe that the rush of immigrants is helpful in creating an eager workforce and also helps to fuel public service projects. 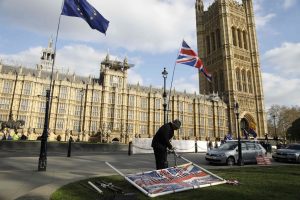 Many fear the consequences Brexit could have.
Image: Getty Images

Something else that really worries people about Brexit is the political backlash that could ensue from countries that want to stay in the EU. Those in favor of staying in the EU believe that being part of such a wide community of nations helps to promote cultural and economic strength as well as an additional element of security.

4) The reason behind the no-deal Brexit

If you’ve been reading the news, you know that a no-deal Brexit is on the horizon. Since Boris Johnson replaced Teresa May as Prime Minister in July, things have been heating up. May’s Brexit plans kept failing to impress MPs in parliament. May had been trying to leave the EU with a deal. She struggled to get support from parliament for the legislation needed to implement the deal she had brokered with the EU. The current withdrawal that no one can agree upon includes a range of things, including: 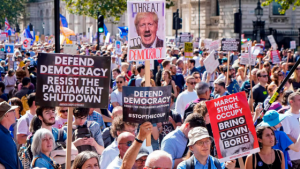 Brexit has created a divide in the UK.
Image: Getty Images

Currently, it looks like Johnson is going for a no-deal Brexit. He wants the EU to remove the backstop from the deal, saying that alternative arrangements should be made and technological solutions should be implemented instead. Johnson has said that the UK must leave the EU on 31 October and no later, with or without a deal. This basically means that the UK will be leaving the customs union and single market overnight. 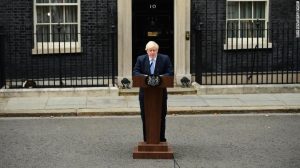 5) What a no-deal Brexit means

As soon as the UK leaves the EU without a deal, it is no longer part of the single market and the EU will start to carry out checks on British goods. The biggest fear regarding this is that it could lead to delays at ports like Dover. It could also cause traffic bottlenecks as well as the disruption of supply routes. All of this could damage the economy severely.

As for how it will affect the general public, should the pound fall sharply in response to a no-deal Brexit and the predicted delays at ports like Dover actually take place, the price and availability of foods could be affected. There are also some serious concerns over potential shortages of medication, but the government has assured the public that it is doing everything in its power to prevent it.

Most business groups and economists have also said that a no-deal would cause the economy a lot of harm. The Office for Budget Responsibility, which provides the UK with an independent analysis of its public finances, believes that a no-deal Brexit will lead to a UK recession.

The impact on citizenship

The impact on travelers

Those who love traveling will also have to take extra precautions – passports will be required as well as an international driving permit. Pet permits would also no longer be valid. The changes don’t stop here – even European Health Insurance Cards (EHIC) will no longer be valid. 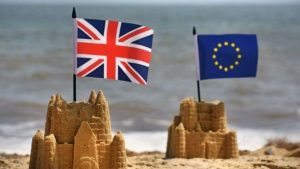 No one can be sure of all the possible implications Brexit could have.
Image: BBC

It’s clear that Brexit with or without a deal will still ensue in some chaos. The exact implications cannot be known beforehand, but it’s clear that a lot of people will be affected by it – some in very negative ways. The predictions look pretty dire and there’s no way to know what the implications will be in the long run. For now, we’ll have to wait and see what happens next.

Over to you: What are your thoughts on Brexit? Is it a good thing or not?