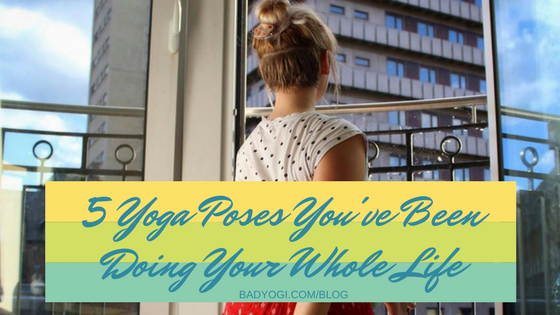 You’re a yogi and you don’t even know it!

Be honest: when someone says they’re off to do a spot of yoga, you immediately picture them contorted into some pretzel-like shape, smothered in aromatherapy oil, panpipes blaring in the background. [tweet_dis]That’s what yoga is, right – bending your body into all sorts of unholy shapes in a room full of chanting fanatics?[/tweet_dis]

Well, no, is the short answer.

Of course, one of the attractions of yoga for lots of people is the ability to progress further in your practice every day, achieving things that your body wouldn’t have been capable of the day before (whether that’s touching your toes or finally mastering a headstand).

But the day-to-day yoga that many yogis practice? It’s much less out of reach than you think.

Yoga isn’t just for the super bendy: it’s for all of us, any day we fancy. To prove my point, here are five yoga poses you’ve most likely been doing your whole life long, without ever knowing you were practicing yoga. 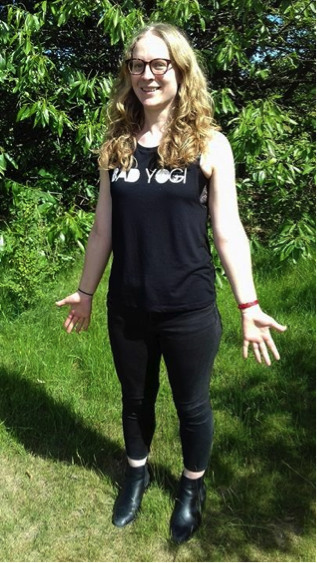 Mountain. You can do it in jeans.

An imposing name for a remarkably stress-free pose, Mountain is all about feeling grounded and connected to the Earth. If you stand with your feet together or hip width apart, arms down by your sides but active, you’re in Mountain. That feeling you have when you’ve reached the top of a hill, or readjusted your stance in the queue at the cinema? That’s Mountain. 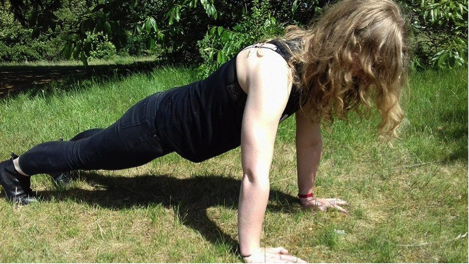 It took 5 seconds to take this photo. Genuinely had to have a breather afterwards.

OK, so you’re probably not as likely to be planking in the queue for your shopping, but if you’ve tried pretty much any noughties exercise regime, I guarantee that Plank has wormed its way in at some point.

If you can handle Mountain and Plank, you’re pretty much halfway to a Sun Salutation, the backbone of any yoga practice. All you need to do is fill in the bits in the middle to be a fully-fledged yogi! 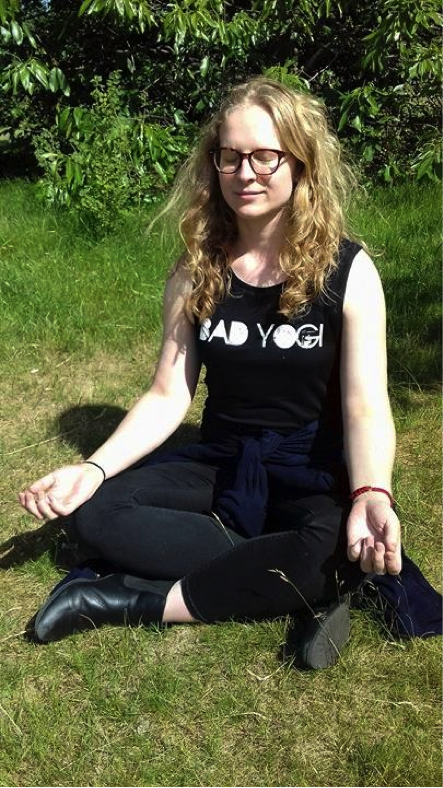 Taking a moment to contemplate my paleness

Most classes begin with this pose and I can guarantee the yoga studio isn’t the first place you’ve encountered it. Another name for Easy Pose? Sitting cross legged. Yep, you heard right, if you’re doing that, you’re a yogi (if you think this sounds good, wait ‘til I get to Savasana).

Admittedly it may not be as easy as the name implies, especially if it’s been a few years since you were sitting on the carpet in primary school, but I think we can all agree it’s a whole lot less intimidating than Warrior 3. 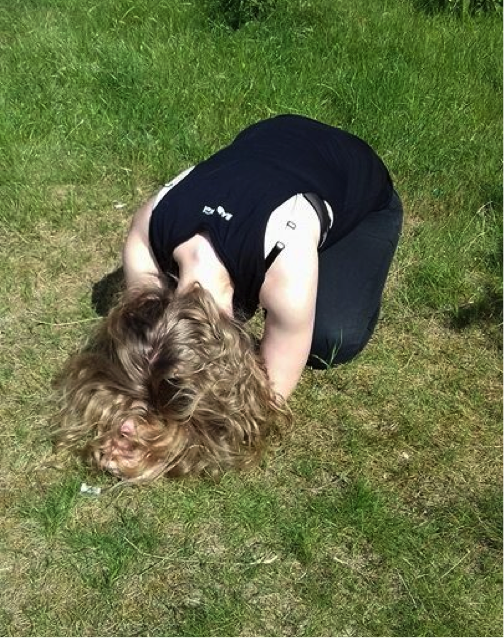 This would be more relaxing if I didn’t have hay fever.

Has life ever knocked you for six so badly that there’s been nothing for it but to curl up in a ball and wait for the storm to pass? You’ve guessed it: if you’re doing that, you’re doing yoga! A common misconception about yoga is that it’s all about pushing your body to reach those Instagram goals, but yoga is as much (if not more) about restoration as it is reaching challenging poses.

Child’s pose is a staple in any yoga practice – after a challenging sequence of poses, or just to wind down. If taking five minutes (or an hour) to relax sounds like it might be for you, chances are yoga is too. 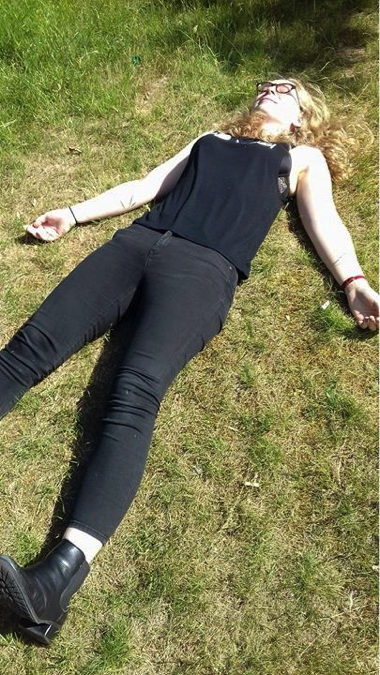 Tell your friends you’re sunbathing. Yogis will know the truth.

At last, we come to my personal favourite: Savasana. You know what I was saying about restoration and relaxation? Savasana is all that feeling embodied in one delightful pose. At the end of class, yoga teachers allow time for meditation or relaxation, which is often done in Savasana.

To try it out, find a towel (or comfy mattress), lie down on your back with your palms facing upwards and legs slightly wider than hip width apart. Feel relaxed? Then hopefully you can see why yoga attracts all, not just the super bendy!

So there you have it! Five yoga poses you’ve already mastered before even hitting a class. As you’re out and about this week, see how often you can sneak a bit of yoga into your daily routine. Mountain at the bus stop? Easy Pose instead of kneeling on the floor? Or blatant Savasana in the middle of the office? I dare you.

Feature Photo via Bad Yogi community member Jade Van Overmeir. Photos in the post are from your lovely author!