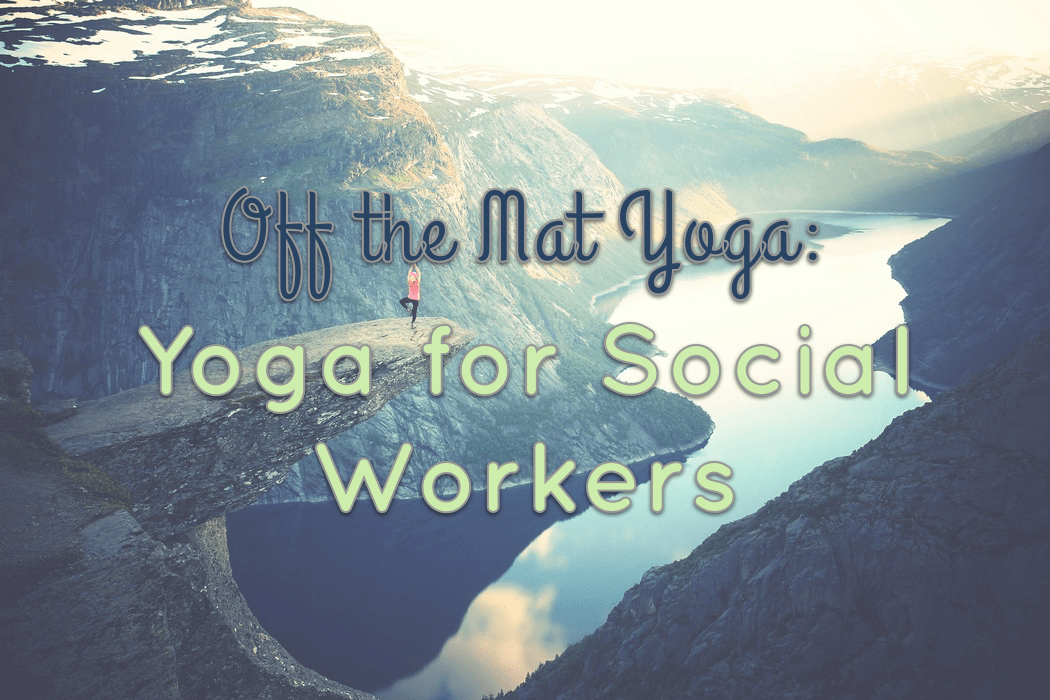 I am many things. I am a woman, a wife, a mother, a sister, a daughter, a friend, a Christian, a Latina, an employee, an athlete and more. But, in my heart of hearts, if I were to describe myself as one things, it would be a social worker. I have a deep passion in my soul to help others, to serve others and to love others.

I specifically work with teens whose lives have been affected by abuse and neglect. My work is to prepare them for adulthood and to be independent after turning 18. I also work to either reunite them with their parents or find them permanency else where. So, there is a little summary of me, and now that you know a little bit about me, I want to tell you my story of how I take yoga off the mat and into my career as a social worker.

In school, I was the perfect student who always turned in her assignments early and aced every test. I was the perfect athlete who practiced extra and never missed a game. Perfectionism came easily for me and was my crutch. I was always prone to anxiety which would cause me restless nights, increased heart rate and high temperatures, so being a perfectionist allowed me to maintain control and lower my stress levels. All was fine and dandy in my world until I became a social worker. As a social worker, I work with people. SPOILER ALERT: people are unpredictable and uncontrollable. Specifically angry teens and struggling parents who suffer from addiction or trauma. I had been working with the agency for a little over a year when I had my first week of pure chaos. My teen who had been AWOL for 3 months was found and had been involved in a very unhealthy lifestyle. Another teen had decided to go AWOL himself. Court reports were due, but placement needed to be found and suddenly there weren’t enough hours in the day.

But my true stress came not from not being caught up on paper work or from needing placements, but in having my heart so open to these kids and having them break it time and time again by not loving themselves enough to make good decisions. My heart was broken into a million pieces, each teen having taken a piece of it with them every time they ran away and I was honestly ready to quit. I wanted to give up and protect myself from becoming completely jaded like so many other social workers I knew, until one night on my yoga mat.

My typical coping mechanism had always been to go on a long walk. I’m that weirdo walking around the neighborhood talking to myself or praying out loud and using physical activity to destress. But on this particular night, my husband was out of town and I had no one to sit with my kids while I went for my normal two hour long walk and I thought I would lose my mind.

So I rolled out the old blue yoga mat I had in the corner of my garage gym and decided to just move. Now I could count the number of yoga classes I had attended on one finger, but I still considered myself a yogi because I enjoyed watching videos on youtube and doing the occasional flow after a workout to stretch my muscles. But for some reason, on this particular night, I decided to try some yoga poses I had never done before. I was determined to conquer something and be back in control so I started working on handstand and head stand and crow variations and all the fancy things I have seen on Instagram and the most amazing thing happened. I fell…. A LOT.

I bruised my chin and cheeks up so many times from ungracefully falling out of side crow and I fell on my head a couple of times too, goodbye brain cells. I got dizzy from doing backbends without properly stretching first and shed a few tears when I hit my toe on dumbbell from a ill planned crow to chaturanga transition.

All that being said, it was the most magical moment in my career, as I LEARNED TO FALL. You wouldn’t think a grown woman would have a need to learn to fall. In fact, most infants fall a thousand times trying to walk and they shake it off like bosses. But as for me, I had never fallen. I was perfect and punctual and honest and organized and everything a person is supposed to be. But it turns out, a real well rounded person is nothing if they don’t know how to fall and then laugh at themselves and kick their legs up one more time.

I began to use this yoga practice as a coping mechanism for my stressful days, but more importantly, I began to use my yoga practice in my social work. I realized that my teens need to be able to fall and I need to be the mat that is there to catch them, but not judge them for their fall. I needed to recognize that falling was part of their journey and falling shaped them into the people they are meant to be.

This may not be your typical yoga story of grace and beauty but for me, the most valuable thing I learned from yoga is how to fall.

PS. In case you were wondering, I did not quit my social work job. I got through the week with the help of wonderful co-workers and continue to work with those rascal teens even today. I still have kids go AWOL and use drugs and make poor decisions daily, but I have since changed my mindset to see their lives as one long yoga flow. Somedays are beautiful flows that are mesmerizing, while other days are a kin to my night breaking my head on my yoga mat. But regardless of where they are in their flow, I am there to guide and love and catch them whenever the decide to let me. Over to you, yogis! How do you take yoga off the mat and into your job? 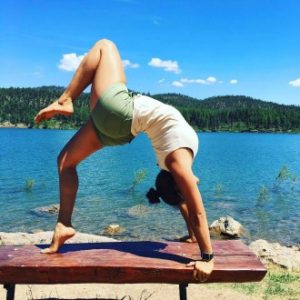 I am the founder of the Fearless Wellness Blog and monthly challenges. My goals in life are to live beneath my means, be rich in memories and pay in kindness. Through health, fitness and social work, I strive to help others be fearless in the pursuit of wellness and to fall in love with themselves.