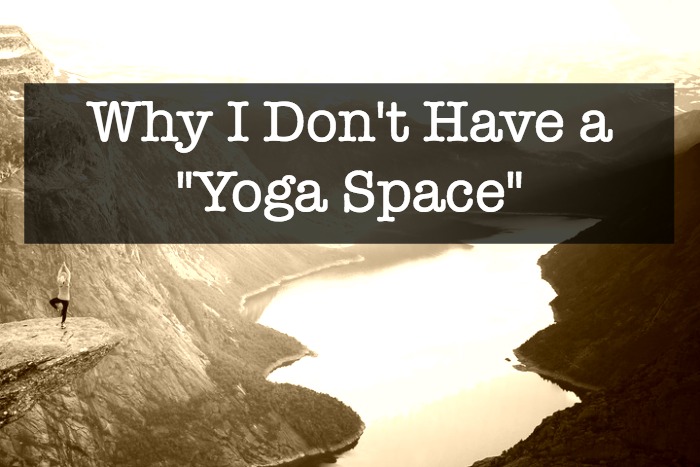 Why I Don’t Have a “Yoga Space”

I remember a time when I was crippled by shyness. I was so paranoid about where I could set down my mat and just flow freely. I felt like I had to hide and go somewhere private because I didn’t want to “show off” as other, more righteous yogis put it. “You’re not a true yogi if you don’t have a sacred space,” or “My practice is my private, religious practice, nobody enters or interrupts my time.” The invisible laser beams of judgment from other yogis were weighing on my mind every time I needed some creative flow.

But when I entered the Outback of Australia, land of hand-sized spiders and boa constrictors, that heaviness fortunately never fell on me. My reserved self was destined to change. I was a nanny for two spunky little girls. When I had a lunch break or some free time, I would go into their backyard and do my yoga practice. They had a large yard and I could get somewhere private pretty easily. Well, these two little girls were smarter than me. They always found me and would come giggle and tickle me. Soon, the three year old started to join in and do the poses she thought were silly. I thought, “Hey Brooke, maybe in some people’s minds it’s not ‘showing off;’ it’s actually pretty interesting and fun. I’ve never seen someone just drop down their mat anywhere and just do yoga.”

So then the yoga began. Everywhere. On my weekends when I’d travel I started doing yoga on the beach, in the street on a fence, in trees. I went to Byron Bay, Melbourne, Sydney and to the tranquil waterfalls in the Outback. My response was amazing! I had three Herman travelers come up and ask if they could join along. We did yoga on the beach of Byron Bay in front of everyone, resulting in sand…literally everywhere. I had some say, “You inspired me to do yoga, and I am going to sign up next week at a studio here.” I had others try to join along in headstands, and I even got paid $10 in a back alley way to do a back bend in front of a married couple kissing on their wedding day because they wanted a “cool yogi photo.” I was walking the streets in Melbourne and would have person after person say, “Do that again, I want a photo.” One time this guy totally fell on his face attempting a pose and started laughing like it was the funniest thing, so the rest of his family did the same thing and I joined in and we all keep just falling over and laughing.

It was beginning to be the most fun part of my day, just talking with strangers and teaching “cool” poses to them. When I had long weekends to travel further and stay in cheap, hippy, last-minute hostels, I met some incredible friends who later told me they had started their own practice after loving the time we had done yoga together at bus stations, airports, and parks.

Its been such an amazing experience to break through my barrier and just bust out poses when I feel with no shame of pissing those “better than thou” yoga friends off for purposely practicing in public. To have others tell me they came to yoga because of what seemed so small to me, gave me a whole different perspective.

When I left Australia, my host mom told me the little three-year-old saw a yoga photo of me and said “Look, its Brooke doing her dance!” in a very excited, up-beat voice. So I guess you could say that we all have a box we put around ourselves, but its not our space to enclose. We need to break out and share our gift with the world. My public practice really had nothing to do with me “showing off” and everything to do with those people who needed some fun inspiration.

Over to you, yogis: Do you take your practice out in public too? 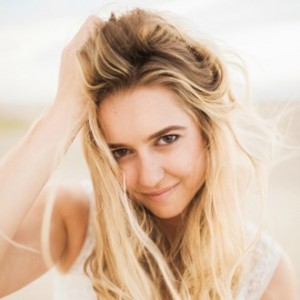 My name is Brooke, I have a serious case of wanderlust and yogi syndrome running through my blood. I'm 21,and married to my adventurous happy-hearted husband. We are currently living the life of gypsies in our home on wheels (we call her Roam) unsure of where to end up and soaking up as much life as we can possibly absorb.