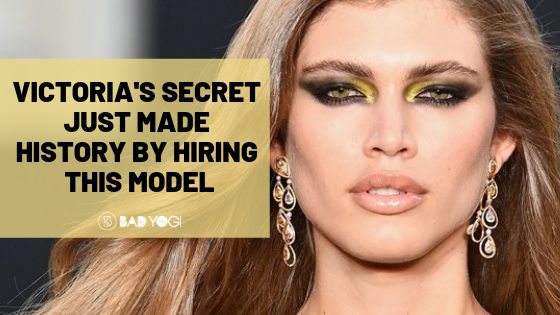 Victoria’s Secret Just Made History by Hiring this Model

Victoria’s Secret did a thing. It was about time they did something. After receiving a lot of backlash from critics and customers alike, many have feared that the brand would eventually disappear, but it seems like they are ready to implement some much-needed change.

So, what did they do? Well, you might recall that a lot of the criticism directed towards the brand said that they are not keeping up with the times and are not inclusive enough. The company finally seems to have taken note – Today reports that Victoria’s Secret had recently welcomed a new model into its midst. What makes her different from all the rest? Well, Valentina Sampaio is a Brazilian model and actress, and also the first transgender model to ever work with the company. We call that a win.

Sampaio, 22, is set to star in the company’s upcoming Victoria’s Secret Pink campaign. She took to Instagram to share the exciting news, and obviously, a lot of people noticed that she is the first transgender model to ever walk the catwalk for the famous lingerie brand.

It’s clear that Victoria’s Secret realized they need to implement change – and fast. Sampaio seems like an amazing addition, and hopefully, she’s just the beginning of more big changes to come. Her manager told Today Style that the brand reached out to Sampaio via Instagram, and, of course, she accepted. Even though she will only be featured in the upcoming Pink campaign for now, Sampaio hopes that her presence will set the stage for more diversity in the modeling industry, saying, “I am really happy and proud to be part of this campaign and hope it could be a huge step toward more inclusivity and representation for everybody.”

We hope so too. Victoria’s Secret has been lagging behind for way too long, while other famous brands like Aerie have been making big waves, using models of all shapes and sizes and not airbrushing any photos. That’s what people really want to see these days.

The irony is not lost on us

This new addition came as a surprise to many, because just last year, Ed Razek, who is the chief marketing officer of the brand’s parent company, L Brands, Inc., told Vogue that they will not be casting transgender women in runway shows. He said, “If you’re asking if we’ve considered putting a transgender model in the show or looked at putting a plus-size model in the show, we have … Shouldn’t you have transsexuals in the show? No. No, I don’t think we should. Well, why not? Because the show is a fantasy.” Uhm, okay Mister Razek. He added that people aren’t interested in seeing plus-size models on the Victoria’s Secret runway: “We attempted to do a television special for plus sizes (in 2000). No one had any interest in it, still don’t.” Well, wake up and smell the coffee, sir. That was the year 2000. A lot has changed since then. 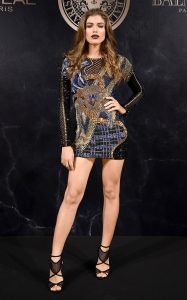 The fact that Victoria’s Secret now does have a transgender runway model has an ironic ring to it, don’t you agree? Obviously, Razek received a lot of backlash after that interview appeared in Vogue, and he apologized on Twitter after, completely contradicting what he’d said in the interview. Now, we know that the media tend to switch things up a bit to get more clicks, but we’re not so sure whether that was the case here.

Some changes are happening at head office

In another bit of news, it has been revealed last week that Razek will be resigning soon. The news was announced by the chairman and chief executive of L Brands Inc. Leslie Wexner. Razek wrote a letter that was sent to staff to inform them about his retirement plans. It read:

“A few weeks ago, I shared with Les my desire to retire sometime around mid-August. It was a tough conversation to have because, as some of you must know, we have shared so much together for so many years. Including a deep love of this business. Still, it’s time.”

Perhaps this is a change for the better

Perhaps things will start taking a different turn now that Razek is retiring, starting with the hiring of Sampaio. This is long overdue – Victoria’s Secret has had to close more than 50 of its stores a few months ago due to declining sales, and in May it was announced that its annual fashion show will no longer be broadcast on network television.

Well, Mister Razek, it appears that people aren’t very interested in fantasy after all.

Over to you: What do you think of the fact that Victoria’s Secret finally hired a transgender model? Do you think it’ll put the company in a better light? Drop your thoughts in the comments.